Nr. 305: An overview of the hag I preach and want to convey!

I have been watching and reading most of the posts on your blog. I understand that you are enthusiastic and passionate about everything you write about. Also expect that there is a prophet and teacher service as appears in these posts. But you also say that you are evangelist. Hope you do not take this as provocation - but I'd appreciate if you could clarify a little about your ministry as an evangelist.

What is your gospel message?

It is said that behind every man stands a woman. Me and my wife will soon celebrate its silver anniversary, what a joy, blessing and a little piece of heaven here on earth! 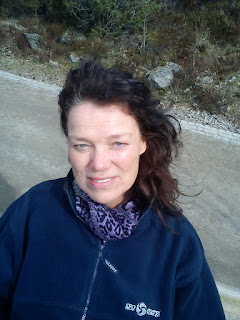 I have always loved and respected the word of God. To preach and speak in accordance with God's word in one and all, it's raining and I think is my main and only task. But the service and my thesis for the Lord as I see it also has a purpose, intent and meaning. In many ways I can say that I have always held forth the word of God, which I like and want to do. But it is also like that one is measured against what we in Smyrna Oslo stands for and what we preach. And then with regard to what others preach and stand for.

My service can also be compared to John the Baptist

John the Baptist was a veirydder for Jesus. This is also partly my service when I preach "new" truths for most believers. Although it agrees with God's word 100% but many others do not preach. So it is that one has heard a thousand times before, which is also unbiblical teachings. So it is like a spiritual atomic bomb must hit those who are stuck in old and unbiblical teachings. But I will say that the apostle Paul that I will not disobey the heavenly vision. If I have big or little progress in the service is in no way i totally dependent on, but to follow Jesus and God's word. I know what the Lord has shown me and stadigvek shows me, I will be faithful and preach against and keep up! There are many who contact to give expression to what they believe, but those who are naughty and cheeky are usually those who are stuck in old opinions and imaginations. Those who are open to God's humble and listen, it's the difference. Didactic believers are usually very proud, but those who will listen first, are usually more open and one can get a fruit-bearing and good conversation. But always it is one that counts for me, and only there, "what the scripture says?".

Here is an excerpt from an article I wrote 2 years ago: What we believe in the word of God! What we think and the purpose of Smyrna Oslo falls in conjunction with each other. What we believe and why we believe what we believe is all due to God's word and the word of God alone! But putting up some points are also some reservations. To believe in dogmas quickly become very static, a healthy spiritual man is under constant spiritual development and maturity. But I will mention a few points I will mention what we believe and practice differently than most other evangelical Christians. Takes me no time to mention what we agree with other believers that salvation in Jesus, healing, baptism of the Spirit and other evangelical and biblical truths. What we think: 1) Belief in one God, not three Gods in one God. We believe that only the Father is from eternity, and the Son is the only thing that is equal to the Father. Jesus is God but still No. 2 The Holy Spirit is no separate divine person, but God and the Spirit of Christ and the envoy. That the Father is and to the Son and the Holy Spirit is just as unbiblical teachings as the Trinity (Jesus only)! 1. Kor. 8. 5 There are enough so-called gods in heaven or on earth, it's many "gods" and many "gentlemen". 6 But to us there is only one God, the Father. By him are all things, and we are made to him. And for us it is only one Lord, Jesus Christ. Through him all things, and we live through him.

2) Remarriage of faith is sin!

Here is the script 100% ready. For believers to marry again while the other lives excludes one from the Christian community. This is a directive to the believer. 1. Kor. 7. 10 To those who are married, I have this rule, not from myself but from the Lord: A wife must not separate from her husband. 11 But if she depart, let her remain unmarried or be reconciled to her husband. And a husband must not divorce his wife. Luke 16 18 Anyone who divorces his wife and marries another woman commits adultery. And whoever marries a divorced woman commits adultery.

To retrieve and get money from the state as it is taken in terms of leading to spiritual fornication and adultery. 1. Genesis 14 17 When Abram had defeated Kedor-Laomer and the kings who were with him, he returned. Then came the king of Sodom came out to meet him in the Clear Valley, now called the Valley. 18 And Melchizedek king of Salem brought out bread and wine. He was a priest of the Most High God. 19 He blessed Abram, saying: "Blessed be Abram of God Most High, he who created the heavens and the earth! 20 Blessed be the Most High God, who has given your enemies into your hand! " Then Abram gave him tithes of all. 21 The king of Sodom said to Abram, "Give me the people, and take the goods," 22 But Abram said to him: "I put my hand up to the Lord, the Most High God, who created heaven and earth: 23 I do not much as a thread or a sandalrem of everything you own. You should not have to say that you have made Abram rich. 24 I just want to have again the food people ate. And I want the men who were with me, Ancestors, Esjkol and Mamre, to get the part that they are entitled to. " Includes full text for giving tithes and sacred gifts are not only the Act but before the law came.

This is a verbose topic. But we think it is also allowed to refuse to cooperate and do not recommend other believers without necessarily sit as the final judge of their spiritual life. It is far more preferable to orderly dissent is no confusion to clarify doctrinal standpoint. God's word speaks of having spiritual fellowship with others affects us greatly, both negatively and positively. 2. Tim. 2. 19 But God's firm foundation stands, and it has a seal with this inscription: "The Lord knows His" and "Everyone who confesses the name, you must turn away from injustice." 20 In a large house there are not only vessels of gold and silver, but also of wood and clay, some good use and some simple. 21 He who purifies himself from anything like that, being a man of great use, consecrated and useful to the master, prepared for every good deed.

Baptism will take place in Jesus' name has come to a faith with immersion.

6) We believe that life has two outputs. One is saved and will be rewarded with the Father and the Son for the allegiance one has shown.

If one does not have his name written in the Book of Life will be lost.

We see that the prophet had a twofold service, the experience and learned that I also have received. 1) See, I set you this day over nations and kingdoms to uproot and tear down, to destroy and break down. And 2) See, I set you this day over nations to build and to plant. Both are equally important in different ways. To build something up on a fire out before all the junk and everything else has been removed is both ugly and dangerous. That is how Christianity is presented today, which is why my ministry and mission in many ways to go against the flow. Therefore also the most duck and sometimes contempt and rejection you get and experience, as the prophet Jeremiah. But there is nothing I have kept up or hold out I regret and go back on. On the contrary, it is more necessary than ever! It was and is afterwards that all the wild Santa Claus and deception has been revealed, that one can and must preach the positive. The balance of this, is a way of warning against sin, heresy and anything else that is negative. And a preacher of God's love, forgiveness and keep up the biblical truths. It is then that the church and the preaching is healthy, true and bring the results that God wants and will!