No. 1475: When the verdict against me / us breaks with Norwegian law, then the courts have played out their credibility!

No. 1475:
When the verdict against me / us breaks with Norwegian law, then the courts have played out their credibility! 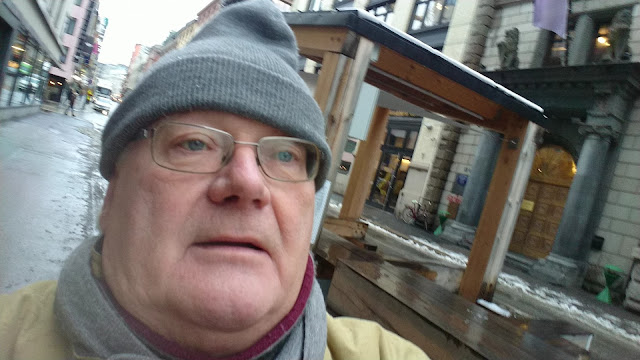 1 Cor. 6. 1. Do any of you watch when he has a case against his neighbor, then seek judgment with the unjust and not with the saints? 2 Know ye not that the saints shall judge the world? and if the world be judged by you, are ye then unworthy to judge in the least? 3 Know ye not that we should judge angels? how much more in temporal things! 4 So then, when you have matters about temporal things, put them to judges who do not regard anything in the church!

We read here in the scripture that if any believer is bringing a case against other believers like Jan Aage Torp opposed me because he hated my preaching against remarriage. Then he is not in God's will with his life and follows the Lord.

But this is not what I should emphasize in this article, this was just as a parenthesis. It is that we read in the word of God that we, as believers, will be judging the whole world, even the angels and all other creatures. Therefore, it is quite obvious that Satan wants to draw us believers to justice and judge us when Satan has always been one who will imitate what God does and has promised in his own word.

It is strange that I / we have now been in three court cases. Not one of them has been necessary or we have made near any criminal offense, but Satan and the dark forces love this game. Why? Because he will always imitate God and draw us believers into the courtrooms. In this way, Jesus and the first Christians experienced it constantly. We read through the entire Bible, even in the GT and even more in the NT that all who followed the Lord would stand in different courts. Although they had never done anything criminal or a "fly" mischief!

Here in this last trial I have taken care that what is the main question. That I have been told that building masonry on old wall was not required to apply. That this I wrote in advance to the court and spoke well and long in court. And now in the petition my lawyer has taken this up as a main concern. When Oslo District Court says that I have misunderstood etc. Then they drive with a rickety lie in the verdict against me / us. Then a law has to say what I write here in the headline:

"When the verdict against me / us breaks with Norwegian law, then the courts have played out their credibility!"

Christensen applied for advance guidance in the Oslo municipality on two occasions before the support wall was erected. Christensen has argued that in both inquiries he described the wall and that he was accepted for the entry of the wall without having to seek prior permission.
In the two telephone calls in 2013 that Christensen had with case officer Kaja Lange Aubert, who knew the area years back through the development period at Krokstien 2, he asked whether it was okay to record a new and higher wall on the former old wall along the Stormyrveien in order to get a bigger and much better outdoor area southwest of their home on Krokstien 2 c.
On both occasions, Christensen thinks that by the municipal case officer he got clear answer that the wall was not subject to application as he described it. He himself perceived it as a binding acceptance and agreement. It appears to be clearly unreasonable whether it is Christensen who in a case like this should have the risk of a possible misunderstanding.
It is stated that there are service faults in relation to guidance / counseling. If there had been any basis for any form of doubt on the part of the officer regarding what the request was, she should have requested to receive a sketch and / or written presentation of the construction measure to ensure that her guidance / advice was correct.

Thus, the municipality's duty to proper guidance and / or counseling has failed and in any case not been properly clarified vs. an initiative owner who addresses the municipality's planning and building agency with a very specific question about prior permission in a concrete building case.

The case officer was dropped off as a witness to the district court. But it turned out later during the main hearing that the prosecutor for the state had no knowledge that the relevant case officer who Christensen approached, had also been case officer in connection with the planning and development of Krokstien 2 a b c and d.

The person was thus locally known in the area, knew about the terrain heights and the formations, as she had followed the development of Krokstien from A to Å as far as Christensen has knowledge. The person in question will therefore, as a witness, supply the necessary information so that it becomes much better and more properly informed.

In the guidance given to Christensen, nothing was mentioned about the consideration of small house buildings e, only that Christensen's wall would be like the other walls in the immediate area. Aubert Lange guided out from other people's house in Stormyrveien.

Against this background, it is wrong of the district court to not assume that the owner of the measure has been in good faith with regard to the obligation to apply. Only thing that has taken place by negligence is the case handler handling Christensen's inquiries. It is wrong of the district court not to see this as a significant breach of the duty of supervision after the FvL. § 11.
(quote end).

What does Norwegian law say? Listen:

King Kristian the law of the fifth.

By Decree 14 Apr 1688, the law came into force from Mikkelsdag (Sep. 29, 1688). Here, only the provisions that are believed to remain in force are included. If repeal of different provisions and if any provisions that are supposedly lapsed, please refer to older editions of Norway's Law.

In Cap. About Contracts and Obligations.

1 Art. Every one is obliged to comply if the hand with mouth, hand and seal promised and entered gardens.

2 Art. All contracts made by the volunteer by the volunteer, and come to the age of them, be they jealousy, hall, gift, alternation, pledge, loan, rent, obligation, forerunner, and other things by what name the name of the name of the man who is not against The Law, or Honor, should be kept in all its words and punctures, as the entry is.

2.) PBE in Oslo has violated section 171. Service error since they have guided us really well and rightly, as they subsequently call for illegality when they themselves have both made gross service errors, and supervised in all possible directions as and when.

3.) The City of Oslo has violated Kong Kristian's fifth law, which states that oral agreement is as binding as in writing.

Edvards Os writes in this judgment:

Significance of the guidance from the municipality. The initiative owner has perceived the municipality's guidance so that the support wall was not subject to application.
Such guidance is given on the basis of the information provided by the promoter, and oral counseling by telephone does not have binding effect on the municipality.
In this case, there is a large discrepancy between what is allowed by the regulations and what is listed. We cannot see that it is probable that the municipality has given consent to a wall of this size, placed in a regulated road surface.
(quote end).

When he writes that "this is not probable that the municipality has given consent to a wall of this size, placed in a regulated road surface."

Then this is the lie of the century, that's the crazy frenzy he writes. Of course, I was told that it was not mandatory to build on top of an old wall. Finished work!

Imagine, in this case, I called down to our case officer at least 2 times to get guidance.

I was clearly told to build on old wall, was not required to apply.
The wall that stood there from before was enough so that in our case we should not build a wall that was higher than that of others.
We then built a wall that is actually lower in the terrain than the neighbor's over on the other side.
But a wall that doesn't stand out or seems inappropriate.
Stairs and a small storage room were also built, as it was allowed to build at that time a shed under 15 sqm without applying.
If one enters the PBE's pages, then finding out that such small deviations will be granted a dispensation for if they apply. Not least in our case where all other neighbors have signed. But what does PBE do to us? They run almost a campaign against us, which is obviously abuse of authority.

In our case here with the public prosecutor, we have gone through so many cases here in Oslo. Where everyone in our similar situation does not do anything about negative aspects. But we are hit and punished as hard as they can get. What is the reason for that?
Others probably see it differently from me and us as a family.
But we look at this as nothing but Satan who is noisy, lying and wanting to destroy.
We read in God's word about Jesus and Satan's tasks, whatever it is.

Jesus wants us to feel good in this world, but above all in the world to come.
Satan or the thief he is called here. He wants the opposite, "stealing and murdering and destroying."

When, as here, we have built something that is aesthetically pleasing, does not prevent anyone. And the Government Attorney wants this to be removed, who is behind this?
For me, it is not difficult to know, of course, the forces of darkness are out on the road, nothing else!
Lagt inn av Jan Kåre Christensen kl. 13:35