No. 1471: Such cases are very difficult when the state agencies behave worse than children in a "sandbox", but at the same time they sit with greater power than one!

No. 1471:
Such cases are very difficult when the state agencies behave worse than children in a "sandbox", but at the same time they sit with greater power than one!

Illustration picture with children playing in a sandbox. 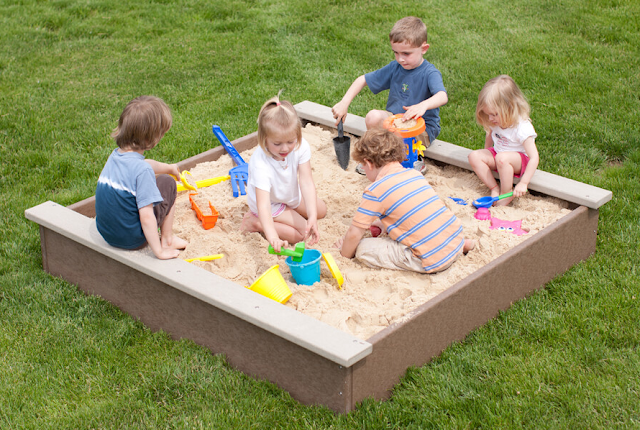 In the sense we should not be like children, but when the public agency with the municipality, county council, civil ombudsman and the courts operates both with a "law" for us. And a "law" for everyone else, and they say something one day.
The next day, it's something completely different, and it doesn't just make it difficult. But completely impossible to relate to such people, agencies and decisions.

We get to have eg. With regard to the wall we have built, at least three different messages have been received from Oslo Municipality's Planning and Building Agency, PBE.

1.) The one message was that it is not mandatory to build on top of old wall, as we did.

2.) Then we were told if this was not right, but we had to apply to build what was built. We are law-abiding citizens, and got some professionals to apply when we applied for so the application was rejected. This did not result.

3.) Then came the message that everything was "illegal" and had to be removed. They popped up a whole lot of things that there was a nice hill down and there was no need for a wall once. We proved that their arguments were incorrect. They never realized this. The fact is that even in Oslo District Court they ran the same argument based on lies and not facts.

This also pointed out to our lawyer Knut Howlid on several occasions.

Blue. in his report to Borgarting Lagmannsrett. But all public bodies hold out lies and lies and once again lie as they are never seen in the "cards". As well as having "all" power they behave like. They have not, before or since the lie (s) will catch up with them as it did in the old Soviet Union and the Eastern Bloc countries. Lying systems will sooner or later always collapse as unfortunately Norway is about to become, I am scared of unless more people wake up and demand and demand change.

Authoritarian leaders know that a free civil society, free media and an independent judicial system are a threat to them, states Secretary-General Bjørn Engesland of the Norwegian Helsinki Committee.
Then one warns against Hungary in today's news.

But here's the opposite, the entire public agency is authoritarian and protects one another. It is bad in Norway because in many ways we do not have a person who is authoritarian, but in fact almost the entire public agency. Fighting against one there, you fight against the whole agency. It's like it was in old Soviet and it's now in North Korea today. One for everyone and everyone for one, although it is quite obvious that one is wrong and then everyone else protects him or her!

New about the wall

In the District Court's judgment on page 9, it is written that both the City of Oslo and the County Governor have taken into account the fact that the whole plot's land direction is to be used as a basis for the question of how high terrain interventions can allow, cf. § 6.5 second paragraph letter a-c - not the terrain fall between the house and the road. This interpretation of the provision believes that the appellant is wrong, because it implies that one gives a wrong picture of the situation on the spot. The slope down the road was not an easy slope but steep and dangerous.

Christensen's wall is also lower than for example. next door over on the opposite side of the Stormyrveien without being annoyed or obstructed by anything or anyone.

It is argued that the formal basic conditions for exemption are fulfilled here, that it is in fact and legal grounds for exemption, and that in this case it must be possible to grant room for the use of exemption.
(quote end).

Final Comment:
When I just point out that again and again the public agency here in Norway that we have experienced in this case and similar cases at an almost childish level in the sense. They mean something "new" every day, and unfortunately they always leave the result that is most negative. Without empathy and feeling for others than themselves, they seem to be!
Then it's bad!
Lagt inn av Jan Kåre Christensen kl. 04:30