No. 1468: The problem for the government agencies against us is that they must adapt the truth as they will not relate to the truth and reality of this matter!

No. 1468:
The problem for the government agencies against us is that they must adapt the truth as they will not relate to the truth and reality of this matter!

A person who shared the house next door was given 120 days in prison and fine and had to pay for torture and burning. Here it is the opposite, there is PBE here in Oslo that is at the level that this housekeeper is who wants us to demolish wall, storage room and staircase. The stairs are indispensable. The wall is approx. 11 meters, and it is 6 meters that there is no wall against the road where there is more than enough space to lay the snow in the winter. The booth is indispensable both for us and the rental apartment. Tearing this is nothing but vandalism. The staircase is width of 1 meter which is quite common and not to obstruction and shyness to anyone. 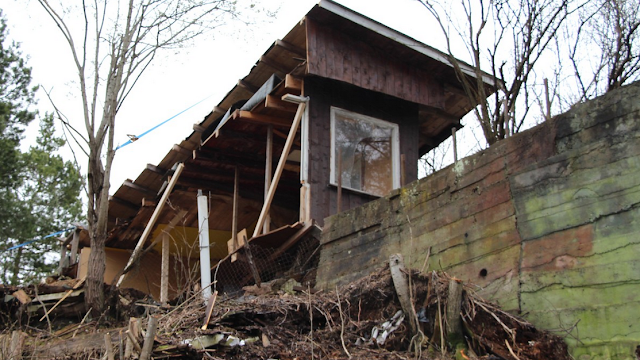 Imagine, in this case, I called down to our case officer at least 2 times to get guidance.
I was clearly told to build on old wall, was not required to apply.
The wall that stood there from before was enough so that in our case we should not build a wall that was higher than that of others.
We then built a wall that is actually lower in the terrain than the neighbor's over on the other side.
But a wall that doesn't stand out or seems inappropriate.
Stairs and a small storage room were also built, as it was allowed to build at that time a shed under 15 sqm without applying.
If one enters the PBE's pages, then finding out that such small deviations will be granted a dispensation for if they apply. Not least in our case where all other neighbors have signed. But what does PBE do to us? They run almost a campaign against us, which is obviously abuse of authority.

Genesis 39. 1. Joseph was brought down to Egypt; And Potiphar, an Egyptian who was a courtesy of Pharaoh and chief of the bodyguard, bought him from the Ishmaelites who had brought him there with him. 2 And the Lord was with Joseph, so that he succeeded him; and he remained in the house of his master the Egyptian. 3 And when his lord saw that the LORD was with him, and that the LORD had done all that he did, 4 Joseph found favor in his eyes, and was able to go before him; and he set him over his house, and he put all that he had into his hands. 5 And from the time that he had set him over his house and all that he had, the Lord blessed the house of Egypt for Joseph's sake, and the blessing of the Lord was over all that he had, both in the house and in the field. 6 And he left all that he had, in Joseph's hands, and he did not look with him in anything, but with the food he did eat. And Joseph was beautiful of creature and beautiful to behold. 7 And it came to pass after some time, that his master's wife cast her eyes upon Joseph, and said, Come, lie with me. 8 But he would not, nor would he say unto his master's wife, My lord look not unto me in any thing in all his house; and whatsoever he hath, he hath put into my hands; 9 He has no more to say in this house than I, and he has not denied me anything without you, because you are his wife. How then should I do this great evil, and sin against God? 10 As she spoke to Joseph day after day, and he did not give her to lie with her and be with her, 11 one day he came into the house to do his work, while none of the people of the house was inside. 12 And she took hold of his cloak, and said, Lie with me. But he left his robe in her hand and fled the house. 13 And when she saw that he had left his cloak in her hand, and had fled from the house, 14 she cried to her household, and said unto them, Behold, here he hath brought a Hebrew man unto us to shame. over us; He came in to me to lie with me, but I cried out as loud as I could. 15 And when he heard that I was crying, he left his cloak with me, and fled from the house. 16 Then she left his robe lying with him until his master came home. 17 Then she spoke to him likewise, saying, The Hebrew servant whom you brought to us came to me to shame me; 18 But when I cried, he left his cloak with me, and fled from the house. 19 And when his lord heard what his wife had said, she said, Thus hath thy servant done unto me, and his anger is kindled. 20 And the master of Joseph took and put him in the prison, where the king's prisoners were imprisoned; and he was sitting there in the prison. 21 And the Lord was with Joseph, and made him to win the hearts of all, and favored him with the overseer of the prison. 22 And the overseer of the prison put Joseph to see all the prisoners in prison; and all that was to be done there, he did. 23 The overseer's watchman did not look for anything he had under his hands, because the Lord was with him; And what he did gave the Lord good luck.

Joseph was highly loved by his father, in fact he was more loved than his brothers. This did not like the brothers. Once, Joseph had a dream and told it to his brothers: "Hear what I have dreamed! Look, we were out on the field and tied corn bands. My ribbon rose and stood, while their cords gathered around me and bowed to it ”(Genesis 37: 6-7). The brothers were provoked by the dream, they interpreted it rightly as if they were to bow to their brother as they initially did not like. It ended up throwing Joseph into a well. But since they did not want to kill their own brother, they decided to sell him to some ishmaelites. Before returning to the well to pull Joseph up again, he was gone. He had been found and sold to Egypt.

From the dream, there is no doubt that Joseph had expectations of his own life and work. But then he was sold to Egypt and ended up as a slave. Although being a slave in an unknown country must have been absolutely terrible and unreal in relation to Joseph's expectations, we see that after all, he did well. Joseph was well liked by those he worked for and we hear that God has a will with Joseph: "But the Lord was with Joseph and showed him goodness" (Genesis 39:21).

But then he came to a critical stage - when he was met with false charges from Potiphar's wife.

Joseph declined to lie with her and fled where she was left with his cloak. She lied and accused him. And Joseph was brought in from Potiphar's house - and in prison.

So too with me, I am repeatedly accused of things that I have never done. But at the same time, I will shoot in. There are also flaws with me as it was not with the Lord Jesus. And then there were flaws with Joseph, as it was not with the Lord Jesus.
But the processions of what we have been accused of and the punishment are completely beyond. There are the similarities, although it is only one who is 100% innocent, that is Jesus.

Joseph had some "big" thoughts about himself, which he shared with his brothers who did not tolerate this. So it is certainly with me, that there is something that could have been undone, and that could also have been done better.
That Joseph was thrown into the well of his brothers and then sold on to a caravan going to Egypt, it was deeply unfair and evil done by his brothers. So it was with Potiphar's wife, who was the one who threw him into prison.

So it is with me and us as a family of all the injustice we have been affected, not least in recent years.
It is unfair and evil, and I / we are completely innocent up there!

Final Comment
In our case here with the public prosecutor, we have gone through so many cases here in Oslo. Where everyone in our similar situation does not do anything about negative aspects. But we are hit and punished as hard as they can get. What is the reason for that?
Others probably see it differently from me and us as a family.
But we look at this as nothing but Satan who is noisy, lying and wanting to destroy.
We read in God's word about Jesus and Satan's tasks, whatever it is.

Jesus wants us to feel good in this world, but above all in the world to come.
Satan or the thief he is called here. He wants the opposite, "stealing and murdering and destroying."

When, as here, we have built something that is aesthetically pleasing, does not prevent anyone and with approval from both the Oslo municipality and neighbors. And the Government Attorney wants this to be removed, who is behind this? For me, it is not difficult to know, of course, the forces of darkness are out on the road, nothing else!
Lagt inn av Jan Kåre Christensen kl. 10:55