No. 1743: Then he sends rain down to you, autumn rain and spring rain, first!

No. 1743:
Then he sends rain down to you, autumn rain and spring rain, first!

Oral Robert was asked right before he died what he was most afraid of would happen to the Pentecostal people. He responded freely,
"It is that Pentecostals and Charismatics who have been experienced to be baptized in the Holy Spirit, END TO LANGUAGES IN LIFE AND USE THE LIFE GIFTS IN YOUR DAILY RANGE WITH GOD!"
As simple and good it can be said. 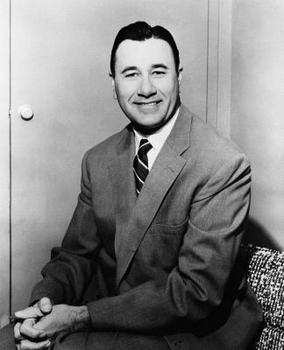 Joel 2. 23 And you, sons of Zion, rejoice and rejoice in the Lord your God. For he gives you the teacher for righteousness; and then he sends rain down to you, autumn rain and spring rain, first. 3. 1. And it shall come to pass that I will pour out my Spirit upon all flesh, and your sons and your daughters shall speak prophetic words; your elders shall have dreams; your young men shall see visions; 2 Yes, even over the servants and over the women of bondage I will in those days shed my Spirit.

Mark 16 17 And these signs shall follow those who believe: In my name they shall cast out demons, they shall speak with tongues.

It is also a sign for the non-believers they can not contradict.

This came with the expiration of the Holy Spirit on the Pentecostal day, because they spoke in tongues, which was an unknown phenomenon before this!

Acts 2. And when the Pentecost day had come, they were all gathered in the same place. 2 And suddenly there came a sound from heaven as of a fasting weather, filling the whole house where they sat. 3 And it seemed to them that they were tongues like fire, which separated themselves, and sat upon every one of them. 4 Then they were all filled with the Holy Spirit, and they began to speak with other tongues, as the Spirit gave them to speak.

This was undoubtedly the spring rain that Joel talks about. However, reading carefully through Joel's book, we will see that there are three Spirit Gospels, one of which goes without doubt to Israel, as we read in Chapter 3.

But when did or should we expect a last Spirit's weather called the autumn rain?

As I see it, the autumn rain occurred during the Pentecostal eruption.
Then this was also the case in tongues "generally" for all believers.
Prior to this, only the middle ages had been a few simple people and groups who spoke in tongues.
But when the Pentecost broke out, the language goal was central - and for all believers. As we see today, actually invading the entire body of Christ - the believers in all churches and churches - today speaking in tongues. This is late or fallen, the last part of Joel 2. 23 And you, sons of Zion, rejoice and rejoice in the Lord your God! For he gives you the teacher for righteousness; and then he sends rain down to you, autumn rain and spring rain, first.

Notice that the first spring rain came on the Pentecostal day, and the late coming in and by the lovely Pentecost, like T. B. Barratt, preferred to say that.

But it is a final exile that remains, that is when Israel as a nation is saved as a man in one day. Then the prophet Joel says that God will pour out not only of his Spirit, but then God will pour out His Spirit. In other words, then we will fully look at the prophecy fulfilled.

Zechariah 12 10 But upon the house of David and upon the inhabitants of Jerusalem I will pour out the spirit of grace and prayer, and they shall look upon me as they have pierced; and they will take care of him as a grief over his only-begotten son, and complain to him as a complainant about his firstborn.

13 In that day there shall be an open source for the house of David, and for the inhabitants of Jerusalem against sin and uncleanness. 2 And it shall come to pass in that day, saith the LORD of Hosts, that I will cut off the name of the idols of the land, and they shall not be remembered any more; even the prophets and the unclean spirit I will remove from the land.

The supernatural of speaking in tongues is actually an essential part of Christian life. Unfortunately, this tongue goal is also abused.
But using it in the right way, it is a great blessing. Not least in our prayer language. Scripture says following.

1 Cor. 14 2 For he that speaketh with tongue speaketh not unto men, but to God; for no one understands it, but he speaks secrets in the Spirit;

Will write a follow-up article to this article about the tongue goal, and its blessing and biblical significance. It comes after this article.
Lagt inn av Jan Kåre Christensen kl. 04:23