No. 1741: Jan Aage Torp looks forward to the fact that there are people who ask him forgiveness, but that he is asking others for forgiveness is totally strange to him, saying that he does not see the beam in his own eye, because it is big like a log!

No. 1741:
Jan Aage Torp looks forward to the fact that there are people who ask him forgiveness, but that he is asking others for forgiveness is totally strange to him, saying that he does not see the beam in his own eye, because it is big like a log!

Matt. 7. Do not judge, lest you be judged! because with the same judgment that you judge with, you shall be judged, 2 and with the same measure that you are measuring, you shall be measured again. 3 Why do you see the splinter in your brother's eye, but you see the beam in your own eye? 4 Or how can you say to your brother: Let me pull the splinter out of your eye? and see, there is a beam in your own eye! 5 You hypocrite! first pull the beam out of your own eye, then you can see pulling the splinter out of your brother's eye! 6 Do not give the dogs holy, and do not throw your pearls to the pigs, lest they take them down with their feet, and turn around and destroy yourselves. 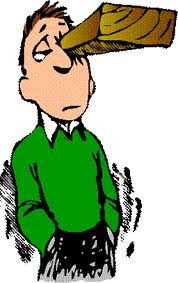 This writes the narrator post on his Facebook page:
In recent times, I have been excited by a former member of the church in a wonderful way. That is heartfelt.
This week, he asked forgiveness to have cursed me and declared me dead many years ago.
With gratitude for this prayer of forgiveness, I declared the forgiveness of sins on behalf of myself and the Church in the name of Jesus.
"And I say to you, You are Peter, and on this rock I will build my church, and the gates of death shall not gain power over it. I will give you the keys of heavenly kingdom; what you bind on earth shall be bound in heaven, and whatever you solve on earth shall be loosed in heaven "(Matthew 16: 18-19).
Afterwards, when I sat to myself, I felt some tears. Thinking about how much people are involved I do not even know anything about, and that opens up to horrible powers in their own lives. Curses keep in captivity those who commit the curses.
God leads everything to the light.
Either way: Cursions do not affect me. They brag in the Name of Jesus!
Delightful with my new friend who accepts Christ's full freedom and restoration!
(quote ending).

Did not intend to write more about the hate-pastor, but since he now writes so advantageously about himself. But he does not realize that he himself goes with a log in his own eyes. Then it's time to write a few words since I've followed Torp a lot in the last few years after his fictional review of me and the heavenly blog when we pointed out that he was reprisaled as a believer. The fact that he lived in sin and we pointed out that hatred and rage appeared in Torp.

Narrepostelen has led his own family to fake, attacked gays and others and wished they removed from their positions. Propheted about Athens that the city was going to go under, and kept on fictional reviews. Robbet a newly saved brother for houses, homes and millions that he had in his own pocket to cover his overuse etc.
This man is everything else a saint and apostle, in fact, a big, great deceiver who is destroying Jesus and dragging the Christian name into slander.
Also attacking wholehearted Christians with fictitious reviews and rejecting them, talking about having a hard, hard log in their own eyes.

Then someone asks for forgiveness, which he spreads on the web. But how about yourself? Is he exempted? Is torpedo over all and all, even God?
It's just the way he performs, but unfortunately, hope of recovery, remorse and repentance can probably be a long way in this man's life. Here are everyone else who has done something they should not have done, but he always frees himself. Talk about living in a self-amount.

The Hat-Pastor is all but one himself innocent and a model, he is a backyard thief, unseen and lives in horror with his former girlfriend after driving her own marriage over control. Is it possible to live further from God and his words?

I am short and please ask forgiveness and apologies. This is the "apostle" exempt from when there are others asking for forgiveness so that he even takes to the tears. The tears should and should have cried over his own life, but this is totally strange thought for the "great" narrator's apostle obviously.

When I read about this as this one has done, it's like reading about what
hat-the pastor has done to me and many others and is guilty of myself
It is obvious that he does not see his log, only the tile in his nest's eye.
Torp cursed me and wished me too in prison. This because I only kept the word of God to repent disqualify you to be a preacher of the Word.

Moreover, Torp thinks they go behind his back. That was exactly what Torp did after we were out drinking a cafe. Then he said I could write what I wanted, he should not do anything else. What did the hate-pastor do?
He walked behind my back with a fictional review and lied in court to make me convicted. Something that unfortunately the district court and the court of law would blindly believe even though I claimed the opposite.

Furthermore, Torp writes about this person "declared me dead many years ago."

Now the fool's post has not gone so far that he wanted me dead, only in jail. But his supporters hIs that not least, the psevdony Ansgar Braut and Torodd Birdwatch wanted this for me.

Talk about meeting yourself in the door and that God's word fits perfectly in that here one does not see the beam in his own eye, only the tile in the eyes of others. It's at the level of hatred The pastor has lived his life as long as I've known who this is. Whether he was married to his first or her present so-called wife as she is not after the writing words. In fact, after the writing words, she is something that I do not bother to write when Torp uses this against me for all it's worth.
That the scripture says she is a whore, this uses Torp against me that I will turn her off. I do so but not, that's what the scripture says about her, not me. And that Torp himself is a wizard, who is reprisaled as a believer and "Pastor." This is not what I mean, but what God's Word says and teaches.
Lagt inn av Jan Kåre Christensen kl. 13:29