No. 1738: The former Swedish pastor, Peter Halldorf, is a typical false prophet when he blends God into his flights - which is an example - instruct others to follow his sad and humble example!

No. 1738:
The former Swedish pastor, Peter Halldorf, is a typical false prophet when he blends God into his flights - which is an example - instruct others to follow his sad and humble example!

The former Swedish Pinsepastoren thinks he's going to save the environment by not flying, because something hurts. The whole creature longs for salvation and the redemption of God's children, everything else is just to patch on a carpet that's about to go out to date. 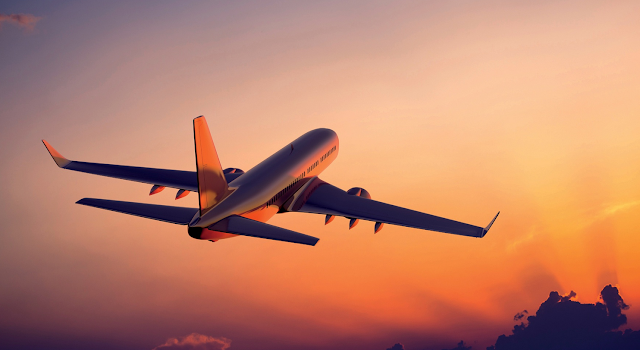 Let me make it clear right away, I'm for everything that can help to help the environment and that we live in harmony with nature. But to think that if we stop flying here in the western world, it's like shooting a mildew with a cannon. It really helps zero.

This climate today has become an idol - we as believers look forward to the coming 1000th kingdom, when God creates new heavens and renews our earth!

Everything in this world passes away, and is time-limited. Why? Sin came in by the fall of sin.

Room. 8. 19 For the creature lasts for times after the revelation of the children of God; 20 The creature was put under negligence - not benevolent, but according to his will that laid it down - 21 hoping that the creature should be freed from the bondage of corruption to the liberty of the children of God. 22 For we know that the whole creature together sighs and is together in pain until now; 23 Yes, not only that, but also we who have the first fruits of the Spirit, also we are sugar with ourselves, as we are after our childhood, the redemption of our body.

Here the scripture clearly states that it is the redemption of God's children throughout the creation, the universe and it also includes climate and environment waiting. Believe that we can create our own universe here, imposing huge environmental cuts on the people, the charge and I do not know what the environmental movement and the so-called green (read dark) policymaking affect us today!

What Peder Halldorf does is simple, unnecessary and not an example to follow. On the contrary, he should and should be warned against. Fly is a blessing, and we all do as Christians with prayer and thanks. Then flying is a blessing too. And something that is right and right to do and if we fail to take a flight, it has zero impact on the environment. The truth is that it is in the immediate area where we live as it is important to be environmentally aware!

Here is much more to write and add, but I conclude this article with an excerpt from what was written on the Verdidebatt page in the newspaper Our Country.

Now we stop flying - Our decision is based on three basic biblical motives.
This is what Peder Halldorf writes. His article is so bad that I do not reproduce it, but rather some comments written by, among other things, Torgeir Tønnesen.

Now it was not me who started blessing the prophet Halldorf. It was Løyning who did.

Perhaps he did not mean so much about it. If so, I will not accept the random use of the term prophet, by a prominent leader.

So to your question, though I'm not sure if you really mean what you're asking. This "happiness" I have seen before and I know what it means.

But it is so simple that the environmental problems on earth are something that God knows and cares for. Yet he has not given the church the task of solving or actively pursuing environmental work.

God's first purpose with the earth and the people is to free them from sin and bondage. Halldorf's post helps to put people in captivity and bondage.

If you are a hermit without a house, a child, a car and a refrigerator, you can of course enjoy yourself without flying. For us others, it would be an irresponsible act that brings children and families into bondage.

You do not get rid of piety. Love sets us free. God loves me if I fly so easy it is.

God is for us, all people in the first place. You do not have to be resigned either to God, or to me, or to yourself.

God did not get angry with Adam either, but God gave Adam care and love. This is my God since you asked me what F-- I know about God.

This, as John seems, was very mean-it was some of the wittest wording I've read for a long time: "Climate and Menopause"

When something is so funny, it can not be wrong, even God must laugh.

It was just mourning-ha, ha, ha

And that the hell himself has become a climate activist, we have known for a long time, and we are many who laugh too.

Not only were cherrels meant, - calls were implicit, if not mentioned.

When a famous priest and theologian Halldorf goes out this way, and says he will stop flying. What do you expect? Just graves and deaths?

I certainly defend Halldorf's right and he claims to be taken seriously. But do not prevent any of us from pulling on the smiley of such articles.

The former Swedish pastor, Peter Halldorf, is a typical false prophet when he blends God into his flights - which is an example - instruct others to follow his sad and humble example!
What will be next? Pilgrimage to the Pope or one of his retreat center with occult beans and seans? The whole so-called Christianity that the former Swedish Pentecostal Peter Halldorf is in need of warning against! To bring someone in the right direction!
Lagt inn av Jan Kåre Christensen kl. 11:27