No. 889: Why English men love football and are called for ball island hangs together with Israel 40 years in the desert!


No. 889:
Why English men love football and are called for ball island hangs together with Israel 40 years in the desert!

Israel went out of Egypt for approximately 3400 years ago, while they were in the desert. So they kicked football as we know it today with a bits of cloth and with goals that were poles that we have today.

Picture of me as a 20 year old, when I played actively. I played football actively until I was 40 years, but then as Old Boys. Now football placed on hulla and it's swimming and jogging as I trimmer. I left upstairs. 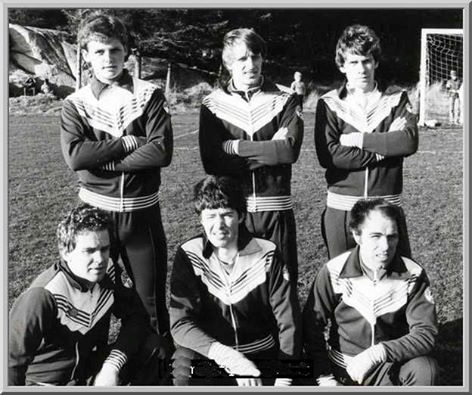 After the end of Egypt who were the children of Israel 40 years in the desert. And there they had extra time to most when God fed them in the desert.

This got the "free" with God every day, except on the Sabbath. Then they got two loaves each day in advance so they had extra to Sabbath.

What would they spend the time? They began to play football with a tøyball and goals. Strains against each other etc.

But after Israel came into the promised land, so they were driven out where u from due disobedience and spread around.

It was then that some of the children of Israel came to England and the United Kingdom. It's pretty obvious that they were not unfamiliar with this sport. When it was just Engel men who began to play and play soccer.

It has been played different types of football in England since 1200 and 1300s. But it was not until the 1800s that it began with more organized football in that were played in public schools and universities. In 1848 came the Cambridge Rules and in 1863 was The Football Association founded. That led to the world's oldest football tournament FA Cup was established in 1871 and the following year became the world's first Superbowl played between England and Scotland.

It was Ephraim and Manasseh tribe who took control of the UK!

They then had "played" football in the desert. And out of that, so is actually soccer world's most popular sport, which began in the desert under Israel out of Egypt!