No. 894: The strike in English over - it has taught us anything?

We write very little about the profane life in the heavenly blog. But the strike by Norwegian is one of the few thing we have written about. 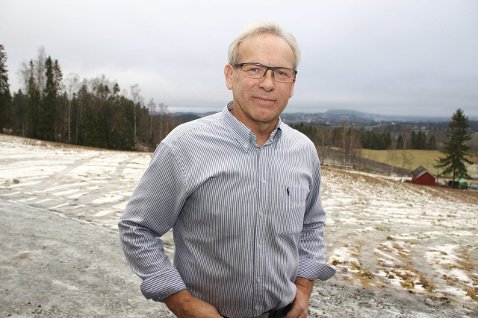 The strike in English over - it has taught us anything?

Think such a strike can and we should learn something, not least to not require too much. Here pilots and unions really missed their target. Do not go too much into this. But has a work in the airline industry as it is for everyone except SAS owned by the government and they rescue them if they fail to settle. For such companies as Norwegian market forces that prevail. Therefore, one can not demand the impossible. It is this that the pilots have virtually done, thankfully so successful they do not.

John the Baptist said would be satisfied with the salary a person has, here there is a lot in.

Luke 3. 14 Also some soldiers asked him, "What shall we do?" And he said to them: "Do not extort money from anyone by threats or false accusations, but you settle with their salary."

Here pushing these union, pilots and others, with strikes. But what does God's word, not least for those who serve so well and is so velbegunstige from before, "but you settle with their salary."

I like this word, it harmonizes so well with the biblical message.

I quote again: "But you settle with their salary!"

Overtime and full vesting so earns the highest paid pilots 2 Million. In other words they live in a "dream world". Earns almost five times more than others!

Here we are talking really about greed and do not realize how well has it, they are like spoiled kids!

Here are some of the comments after the strike:

Facebook group "We who support Kjos," who has expressed support for Kjos and company during the strike, has received over 36,000 members.

- Although they have a job to do to build up the reputation among the 29 percent of respondents who say the trust of English is weakened, it could probably seen a lot worse, says economics commentator and former Your Money editor Tom Staavi.

- After 11 days of strike and chaos for the approximately 200,000 travelers and endless negative press coverage, one could fear greater irritation in people.