No. 887: Over Paid pilots in English strikes to get even more! Greed at the expense of others is set in the driver's seat!


No. 887:
Over Paid pilots in English strikes to get even more! Greed at the expense of others is set in the driver's seat!

It is amazing what some lowlights moves. Average income in Norway is well on 400.000, - kr for most? Jobs to overtime and stands on so come than in 500.000, - kr? Here are some that serve basically three times as much as others and with overtime and additional servant actually four times as much as others who are standing on. The best paid pilots servants 2 million.
But this is not enough?!?!?!?!

Picture of a Norwegian aircraft 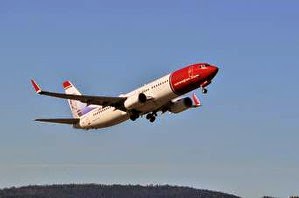 John the Baptist said we should be satisfied with the salary we had, it applies today as well.

Luke 3. 14 Also some soldiers asked him, "What shall we do?" And he said to them: "Do not extort money from anyone by threats or false accusations, but you settle with their salary."

Here pushing these union, pilots and others, with strikes. But what does God's word, not least for those who serve so well and is so velbegunstige from before, "but you settle with their salary."

I like this word, it harmonizes so well with the biblical message.

I quote again: "But you settle with their salary!"

This really applies to all of us today who serve so we manage to live on their income. It is bad so it was especially before the workers were exploited. But here it is the opposite. That workers paralyzes employer and it left society again. Not least those going out to fly and travel.

How should we as believers relate to money and other? We must see ourselves as stewards, and one day all they get everything we possess scripture says! These are some phenomenal and huge promises. Scripture says that we as believers have shared in both the divine nature and the world decidedly best and biggest promises, we as believers are more favor than anyone else.

2 Pet. 1. 3 Yes, everything we need to live in fear of God, His divine power has given us a gift in that we know him who called us by his own glory and power. 4 How we have the largest and most precious promises. By them you partakers of the divine nature when you have escaped the corruption that comes from the lusts of the world.

We have received the following: "we have the largest and most precious promises!".

We've got the biggest and most precious promises of all, larger than those who earn fat and it has seemingly admirable and is well regarded in this world.

Let us pray for these, they look really how good they have it. Had they done so, they had never strike when they earn between 1.2 million and 2 million. Plus they stay overnight in good hotels and it has more than reasonably well at work (it begrudge I them)!

Strikes are usually in day society for the vast majority who shoot themselves in the foot. We in Norway have såpaset well, that there are other ways to succeed at. And for those who earn very best for them to strike. Will I really say that it is also immoral and selfish towards community!