Nr. 382: When that happens "false" answers to prayer, who is behind it and what then?!

When that happens "false" answers to prayer, who is behind it and what then?!

"Not everyone who says to Me, 'Lord, Lord,' shall enter the kingdom of heaven, but he who does the will of my heavenly Father. Many will say to Me in that day, 'Lord, Lord, have we not prophesied in Thy Names, driven out demons in Your name, and done many miracles in thy name? And then will I profess to them, 'I never knew you. Depart from Me, you who are doing lawlessness! "Matt. 7:21-23 (Lawlessness from Greek: anomia.) Bible Publishers, 1995 review.

There are many who ask and receive answers to prayer, that is not to say that there are people that God is pleased when he sends rain on both good and evil. Pastor Jan Hanvold fetch approx. 100 million Christians in Norway, but when the blind lead the blind, both shall fall into the ditch, Jesus said, let the word of God should always be the rule of life and learning, everything else is a forgery and a fraud! 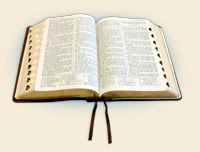 From my commentaries Hebrews 6 7 The earth which drinketh in the rain that cometh oft upon it, and bringeth forth herbs meet for the benefit of those who cultivate it, getting blessing from God. Even if one is not penalized once the verdict is waiting. God is generous and allows his blessing also "frame" all! 8 But the earth which bears thorns and thistles, it is to no avail. The curse is not far away, and it ends with it being blasted. It urges the author to be unfruitful. Sooner or later, their choices have consequences. Christ is the fulfillment of all the Old Testament and Judaism pointed forward to. It will never get any better than Christ.

God sends rain on both good and evil

Matt. 5. 45. that ye may be your heavenly Father, for he makes his sun rise on the evil and the good, and sends rain on the just and the unjust.

But all good is from God, and all evil is from Satan

Joh. AD 10 10 The thief comes only to steal and kill and destroy: I am come that they may have life and have it more abundantly.

James 1 17 Every good gift and every perfect gift is from above, from the Father of lights, with whom there is no change or shifting shadow.

This is of course difficult when God also gives "answered prayer" to the evil, not just the good ones!

This is a complex and very vast topic, when God is so incredibly good and generous. He causes his sun, blessings and all the best to all be part, even the wicked. But it's a great seriousness behind, everyone should make God accounts a day. When there is only one thing that matters, if we have accepted Jesus in our hearts and lives right. Everything else does not hold. Our wealth and our "answered prayer" is not necessarily an insurance policy in any way, even if the Bible encourages us to ask and expect answers to prayer.

Those who do iniquity, and even may have experienced signs, wonders and miracles, will perish

Such preachers as we see today with Todd Bentley, Jan Hanvold, Jan Aage Torp and many, many others live in lawlessness. But they experience something with God and signs, wonders and miracles, only to confusion and deception!

We have many examples in scripture that God has done and what has happened over natural things with and for people even if they have not lived the right, both in the Old and New Testament

I could have taken many, many examples. But for the sake of brevity I take only two, one in the GT and from the NT.

4 Numbers 20 7 And the Lord spake unto Moses, saying, 8 Take the rod, and assemble the congregation, you and Aaron your brother, and I will speak to the rock right before their eyes, and she will give water from her: so, let the water flow out of the rock for them and give the congregation and their livestock to drink. 9 And Moses took the rod from before the LORD, as the LORD had commanded him. 10 And Moses and Aaron gathered the congregation together before the rock, and he said unto them, Behold, I rebelled! Mon we can let the water flow out of you out of this rock? 11 Then Moses raised his hand and struck with his rod rock twice: and the water flowed there very out, so the congregation and their livestock drank. 12 But the Lord said to Moses and Aaron, Because ye believed me and not sanctified me for Israel eyes, therefore you shall not bring this people into the land which I have given them.

God told Moses that he would speak, do not turn on the cape, which is a type of Christ. The first time God spoke to Moses, he should beat, but the second time he would speak. Jesus would only die once, not multiple times. But even though Moses was disobedient and did contrary to the Lord's command. So miracle happened, we read: "When there much water poured out, so the congregation and their livestock drank." Notice that Moses had to pay the consequences for disobedience, but the miracle happened. That it happens during or under, it does not automatically tell you that we have it right or wrong with God. Are we all in overstemmelse with God's word? That is what is critical, nothing else holds for the living God.

Ap. gj. 8. 8 And there was great joy in that city. 9 But there was a man named Simon, who had given himself a spell in town and put the people of Samaria in the greatest astonishment, for he himself to be great; 10 they gave him heed, both small and large , they said: He is the force called the Great. 11 And they gave heed to him for a long time he had bewitched them by their witchcraft.

Simon the Wizard could include fly and remain suspended in the air. This is from Wikipedia: The actual, known circumstances of Simon's life and work are few, and is characterized by the Church Fathers developed the story about him is the archetypal kjetterrolle. Epiphanius represents him in Panarion as the beginning and the root of many frills down the tree that was Gnosticism. According to the apocryphal Acts met Peter the Apostle Peter and Simon at the Roman Forum in Rome, where they competed in miracles and magic, Peter Simon won and killed as he fled. Myth substance on Simon lived a long time and contributed to the Faust myth (end of quote). I believe in the miracle, but to follow below, it is misleading. But Scripture speaks of the will obey its teachings, not vice versa.

In the end time will cause many false prophets and messiahs, even Satan should get fire to come down from heaven and many other supernatural things to happen!

Matt. 24. 24 For false Christs and false prophets will arise and show great signs and wonders, so that even the elect would be deceived, if that were possible.

John the Baptist did not under but he was the greatest prophet in the Old Testament when he pointed to Jesus, nothing is bigger and more important than that

Matt 11:11 Verily I say unto you, greater than John the Baptist is risen up among those born of women, but the least in the kingdom of heaven is greater than he.

Imagine, he was "at least" of all appreciated Jesus 'highest'. We all have something to learn, and it tells us once again. Are our lives and our doctrine in overstemmelse with God's word? This is what we all will be held accountable to within its God.

Final Comment: I believe in, but apart from the will of God, this is a trap to fall. But live and we walk right with God is a great, great blessing. And God will vindicate our lives at all levels, not least for him. Having only touched some extremes of this very complex subject. The prophet Balaam as I've written about experiencing all this, yet he lost when he walked as he preached! He was killed by Israel with the sword. The sword is a picture of God's word. There are a number of biblical men and women who very likely were not saved because they would not let him lead and to follow God's word, eg. Balaam, King Saul, an apostle of Jesus Judas, Cain and 2 Tim. 4. 10a For Demas left me, because he got love for this present world, and went to Thessalonica. It is the word of God who will judge us on the last day. Remember that, and align your life after that, then you're on the road that leads to eternity. It is very serious to live as a Christian, one must take his life within its God and his word and try if you are in the faith as the Word says. Take this into you, that I have done and I recommend everyone to do the same!