Jesus was a human being too, and he was 100% addicted to pray and seek the living God to overcome all of life's situations, so it is for us when we are also human beings like Jesus was. Jesus was in one and all like us, yet without sin. Jesus is my hero, no other! 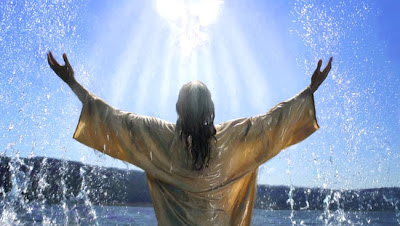 Jesus' ministry today is intercession for His church

From my commentaries Hebrews 7 24 But Jesus has a priesthood that does not end, because he is and will be forever. Here, we just take off our hat to God how exceedingly well and wonderfully he has done it. We need to break out that Paul in Rom. 11 when one sees the Lord's way and inscrutable wisdom. Rom.11. 33 Oh, the depth of the riches and wisdom and knowledge of God! How unsearchable his judgments, and how unfathomable His ways! 34 Who knew the Lord's mind, or who was his counselor? 35 Who gave him something first, so he should get compensation? 36 From him and through him and to him are all things. Him be glory forever! Amen. 25 Therefore He is able to save completely those who come to God through Him, since He always lives to make intercession for them. The fact that Jesus died and rose again lay the foundation for his continuing ministry. His biggest and most important service for us is that he prays for the believer and advocate within its Father. That this is so little taught is a tragedy. Joh. AD 17 9 I pray for them. I pray not for the world but for those you have given me, for they are yours. 1. Joh. b 2 1. My children, I write this to you so that you may not sin. But if anybody does sin, we have an advocate with the Father, Jesus Christ the righteous.

Jesus' ministry during the 1000 year kingdom

Jesus will be the groom who meets the Bride in the cloud!

1. Tess. 4. 13 But we would not, brethren, that ye should be ignorant of the dead, lest ye be sure, even as others which have no hope. 14 For if we believe that Jesus died and rose up, and then God through Jesus bring the dead with him. 15 For this we say unto you by the word of the Lord, that we which are alive and remain unto the Lord shall in no wise precede the dead, 16 for the Lord himself shall descend from heaven with a shout, with the voice and with the trump of God: and the dead in Christ shall first arise; 17 then we which are alive and remain, shall be caught with them in the clouds up in the air to meet the Lord, and so shall we ever be with the Lord. 18 Wherefore comfort one another with these words!

At the end of the ward tidshushosholdning - grace age - the beginning of the Antichrist kingdom - the great tribulation! Then Jesus will meet his church - the body - in the air sky to celebrate the wedding. This is our great salvation today! (See my commentaries including Revelation chapter 19).

After the judgment before the white throne, Jesus will give everything back to God the Father - the one true God, this beats correctly legs under the belief in the Holy Trinity

This shows that Jesus is the only true God, it is only the Father. Jesus shall surrender all to one that is bigger than him and everyone else. It is God the Father!

All Scripture tells us everything God the Father is greater than Jesus is the only true God, no other.

Joh. AD 14 28 I have heard how I said unto you, I go away and come again unto you. If ye loved me, ye enjoyed yourselves that I go unto the Father: for the Father is greater than I am. 17. 3 And this is life eternal, that they might know thee the only true God, whom thou hast sent, Jesus Christ.

Final Comment: When Jesus to his disciples said, I go unto the Father: for my Father is greater than I, there is a claim that challenges the Catholic doctrine of the Trinity, which claims that God the Father, God, Jesus and the Spirit who is God together is one and true God. In Joh. 10:29 Jesus makes this truth more clearly, by saying that the Father is greater than all, and he ends the verse with the message: I and the Father are one. He does not say that they are one and the same, as the Catholic Church teaches meetings, but one, in that in all things concur. There is certainly no disagreement between the one true God and His only begotten Son. In Joh. 17:3, which we have already quoted, it is the Father who is the only true God. The choice we must make is on the one hand, the doctrine introduced by the pagan Emperor Constantine and all the ministers and churches who liked his suggestion, and on the other hand, the assertion of God's only begotten Son. A few of us appear to challenge relatively simple.

PS! Jesus never called himself God and it is only certain passages that are incorrectly translated as saying that Jesus is God, would you still believe the lie and not the truth, the choice is and will remain yours. I and my house has made a choice, do it yourself and make sure you are making the right choice and reject the Trinity once and for all! It is and remains unbiblical and not covered by the word of God.