No. 1497: King Harald asks people to be nicer to each other in their New Year speech, but my experience is that it is free in Norway, not least for the Norwegian State!

No. 1497:
King Harald asks people to be nicer to each other in their New Year speech, but my experience is that it is free in Norway, not least for the Norwegian State!

We have experienced that several here in the planning and building in Oslo have been so rude and unfair to us in their decisions. Blue. Lisbeth Nordli, Karen Marie Glad Visnes and Lena Catrine Amdal when they allow neighbor to build just as they want.

With eg. exploiting its plot 57 times more than us, but they have not yet been held accountable for their misdeeds, but one day it also comes to them. May hope it happens before they are to be held accountable to God, for then it will be too late. It is BEFORE we are to meet God, that we must make up our sin. The day we are going to meet God, it's too late.

Picture of Karen Marie Glad Visnes who has signed on these horrible papers which are to be regarded as misdeeds when one instructs us to tear while neighbors can set up 5 tall walls and do whatever they want. Here they impose on us to tear while others can frolic freely, this is an injustice that is both evil, ugly and obviously a disgust for both God and man. 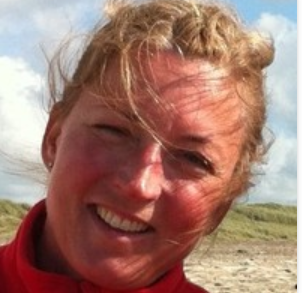 This made King Harald of many things:

The King, in this year's New Year speech, urged people to be friendly to each other and to conduct a respectful conversation despite disagreement.

The King began this year's New Year speech with a quote from Solomon's Proverbs 4:23:

"Keep your heart above all you preserve, for life is based on it."

- So how do we keep our heart? We do this by being friendly to each other. By conducting a respectful conversation despite disagreement. By raising others, King Harald said in the speech.

The King emphasized that we all have an opportunity, every day, to influence both our own and others' sense of worth and happiness.

- For those who think no one cares about what I am doing from or to, I would say: Just your smile can make a difference to a person you meet on the street, just your kind word can create a better day for another. And just your thoughtfulness can trigger new good actions compromises.

The King pointed out that Norway is built on the ability to compromise, and that by discussing ourselves to something we can gather, we can lay the foundation for a good society.

"We also see the significance of this ability in the world - not least when nations work together to protect nature and save our planet," said King Harald.
(Finally quote).

This is extracted from Jonas Stava, who writes very well about this topic, read himself:
https://www.omvendt.org/2018/12/06/en-bibelsk-forstaelse-av-rettferdig-rettferdighet/

A biblical understanding of righteousness!

There is much talk about social justice today. But what exactly is social justice? And how can we understand and apply what the Bible says about righteousness?

The Bible and justice

Proverbs 14:34 says that righteousness promises a people, but sin is a shame to the people. When a nation loses its understanding of justice, the rest of society will also become dysfunctional. So understanding justice is very important.

Leviticus 19:15, "Do not do wrong when you judge. You should not hold the weak party and not take part with the mighty. You shall judge your compatriot fairly. "

What the Bible points out here is that righteousness should be the same for all regardless of background.

Do not favor either the strong or the weak in court

First, treating everyone equally may seem self-evident. However, the principle of justice for all, regardless of race, class, gender and religion, is not fully self-evident in today's society that one might believe.

One can end up in two pitfalls. One makes one favors the rich or the powerful while the other favors the poor. And both are examples of a fairness that is unfair.

An example of favoring the poor in court is found by the Norwegian coverage of the US Supreme Court Judge who was accused of rape attempts in 1982 by Catherine Ford.

I myself do not take the position of whether the judgment was right or wrong. It is irrelevant in this context. The point is that how the case was covered by Norwegian media. An example of this is Linn Winsnes Rosenberg, who writes for Nettavisen that the skin color of Kavanaugh worked to his advantage as he was white.

On the American news channel CNN, it was questioned whether white men could understand this matter. This type of argument suggests that one has to believe the victim because of gender and the other's skin color.

One must therefore be more critical of white men because of their skin color. Here, then, women will be favored as a historically oppressed minority, and not because of the evidence presented.

This is contrary to what the Bible teaches about righteousness. A courtroom should only care about evidence. Skin color, gender, religion and class should be total t irrelevant.

Biblical justice is the solution

The solution will then be to follow the Bible's understanding of justice. Namely, that people regardless of race, class, gender and religion should be treated equally under the law. Galatians 3:28 points out this truth that there is no difference between slave, free, man, woman in Christ.

Society as a whole must always favor and help those who need it most. While the court should be fair regardless of race, class, gender and religion.

One must therefore avoid both favoring the rich and the poor and instead promoting justice that is equal for all. At a time when skin color, gender, race and class are central to the status of debates, we should remember that the Bible's understanding is that this is irrelevant when it comes to justice.

All human beings are created in the image of God and are valuable. And people created in God's image are the only identity that counts. We must therefore be class, race, and the sex blind and treat all people equally. Because this is a just justice that is Biblical.
(Quote end.)

But there is a struggle for the Spirit, which we as a family have experienced that it is Satan and his demons who have been traveling every time in the 3 trials we have been through. Therefore, King Harald's words are not possible to be fulfilled without we also having a fight against Satan and his spirit army. Then he wants to see divisions among us humans and he always attacks the good people, rather than the evil ones and who deserves it!

I am writing this eg. for others to get their eyes on how much injustice is committed in Norway to the country's own inhabitants. Not least that things are made that can easily be solved with some simple conversations and simple steps. A small problem is made into something that is almost insoluble. Of course, this is Satan and his allies behind, no one else.

Here is a mosquito to an elephant, then it is bad!
A shit up something that is not relevant at all!

Final Comment:
We live in an absurd world, which we as believers must deal with in the best possible way. It is not always easy, therefore, the word of God says:

James 1. 5 But if any of you lacks wisdom, ask him God, who gives every man willing and without evil words, and it shall be given him.

What we have experienced is, among other things, untrue rumors of so-called child abuse we were drawn to court, which without doubt was the persecution of Christianity they lux. There was no lump of truth in this, and the little that was not good. It was fixed with a simple conversation. In other words, a simple conversation was enough, but Satan made a lawsuit out of it all!

How can I continue, how a mouse turns into a great elephant for nothing!

Just think of abortion that is killed. But what does Satan say it is? It is just a lot of soap when the script says several places that this is a killing. Blue. Psalm 139 and many other places.

King Harald is absolutely right, we have to be nicer with each other. But at the same time, it must and must be consequences for eg. government employee who stays at the worst.
But it is, unfortunately, largely not today, they can and can hold on as the Evil Self, but are never held accountable for their deeds, or more correctly, misdeeds!
You as a believer Jesus friend, pray and support us in a difficult and trying time!
Lagt inn av Jan Kåre Christensen kl. 01:39