No. 1489: Hans Rustad and document.no/ do not want to write about us as the case is too small, but it is after all what life is most about, such "small things" where one has to decide whether this is important or not!

No. 1489:
Hans Rustad and document.no/ do not want to write about us as the case is too small, but it is after all what life is most about, such "small things" where one has to decide whether this is important or not!

The brothers Arvid, Lars Peder and Magnus Holøyen were first told that they had earned too much to get free legal aid. The county governor in Nordland has now granted the application. But all newspapers, online newspapers and others should also have pointed out that this is the exception, not the rule. The vast majority of us like us have to bear all the desert costs themselves.
This is also a very important aspect of our case, and what we experience is making such "small" cases anyway "big"!
The Tolga brothers who have been exposed to us by an assault by the authorities, but they receive free legal aid and lots of positive media coverage.
I love them. But others who are in our situation actually have to spend both a minimum of hundreds of thousands, and when this case is finished if we lose it is talk of million amounts actually. Then in lost values ​​and what we have to pay to lawyer, government lawyer, judges, fees, workers to remove what we have built and money to rebuild it as it was before we were then imposed. We do not live in a healthy democracy when the authority has such excessive power and can do virtually anything they want and they get away with it!

Picture of money, taken by Jan Kåre Christensen, the picture you can use for free and free, I do not require any money to use the picture or other pictures that you can find on our website. Everything for free! 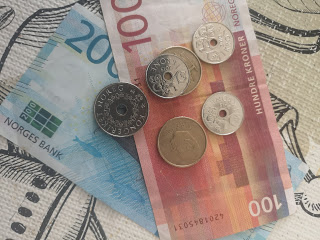 I sent this email to document.no/:

It is strange how much difference there is to people.
We have built in good faith and received guidance orally from the City of Oslo, and they want us to demolish everything even if there is a minimal "violation".

The same people have approved Kjell Inge Røkke's construction projects where he has eg. dragged tons of stone onto their own property which is so much that one could almost have built a "pyramid"!

Talk about making a difference between people, see here for more information:

I got this answer from Hans Rustad and document.no/

I have an understanding of everyone who is fighting with the public bureaucracy, almost. but it exceeds our effort to go into a building case

sorry but that's how you hope you understand

Not really when the public can do what they do in Norway. Wanted me to tear something that is built on our property and not to shame anyone.
And that for example. Rkke can actually draw lots of tons of stone onto her own property.
The same man says it's okay, man, Marius Vamnes who represented the County Governor in Oslo, wants us to demolish wall, staircase and storage room on our property.
But he approved everything that Kjell Inge Røkke has built if there were a thousand times more "overruns" than ours!

We point out Turkey and other countries as totalitarian and who intervene in people's lives that are completely beyond.
Norway is not better many times, here you can document this!

Have a nice day still!

Here, Hans Rustad writes that it is not so important what is happening in Norway indirectly, but document.no/ has kilometers of column space what happens abroad. Not least the Muslim part, where there is war, misery and rebellion.

This is important and necessary to illuminate, but what happens in Norway and our part of the world. It is also necessary to elucidate and how the State tries to crack people here in Norway?

I think that what has emerged through these so-called Tolga brothers highlights very well how the State and the authorities, here with the municipality, settle. Do they empower more people within a family, do they make a diagnosis and raise 7 million and certainly more on this?
Such disclosures are then more exciting and relevant than very much happening in the world. Why?
That's because this is related to ours teams that we live in Norway our lives.
We need to hear and see what are relevant problems for us who live here in Norway, not just outside the country's borders.

Here we have experienced an assault by the state authorities that are completely without meaning and beyond. This should be really relevant, or?

It is clear that a human life if it is in Syria is infinitely more worth than a wall, staircase and storage room here in Norway. But what is the problem in Norway by and large?
There are more such "little things" that we experience than there are such things happening in Syria. That is why it is so important, necessary and good that one writes, debates and addresses such issues that we have come up with. Where the authorities are running a campaign against us, trying to break us and win over us.
Absolutely without meaning and purpose, it really is just to show their power and they control everything through a law and paragraph to push the people to be subjugated by those who have the power and the positions that give them that power.

That is why the case is not really welcomed to us so small, but here the Government Attorney, the City of Oslo, the County Governor and the Civil Ombudsman ravage and hold together almost as a "team" to try to win over us.
If we assume that the courts are also on the way to this "team", then we begin to understand how bad this is.

Back to the Tolga brothers, which is really very interesting.

Why is this such a very exciting thing? For several reasons, I mention a few that are really the same when it comes to our case.

1.) This has happened in Norway.

2.) Those who would help them, the authority really became their enemy.

3.) The municipality benefited from this with money, "work" and "honor".

This is also the case with our case, that it is necessary to elucidate both to our part that we must be free of the state yoke that we have received or decisions that are without goals, meaning and purpose.

This also makes it so important to show that this can and will hit others. We have been subjected to an assault, but it can happen to anyone if one comes out with the authorities. It's almost like a lottery game.
What we have built would have been approved several years ago, when we have built under the guidance of the authorities. But what do they do? Inserts everything on if possible to break us and win the case.

The Tolga brothers received free legal aid, but it is just as expensive for us to fight against the state as it is for them. We don't get a penny, we all have to look up ourselves.
Only this, how important it is with free legal aid for really 90% of the population in Norway, as it costs hundreds of thousands and millions for such "small cases" faster than you know!

I believe that this matter we stand in is the much relevant and important substance that should have come out.
I can quickly mention something, as there are already many things that have emerged that apply to many in Norway both in the past, present and future that we experience much of the same. There are many in the same "boat" as us.

1.) We have built according to the guidance of the public, and then had to tear as long as there is no problem for anyone, it is against all common sense.

2.) We do not get money to run this case, but have to pay hundreds of thousands and before the case is finished if we lose it is a million worth.

3.) The same people who have approved eg. Kjell Inge Røkke's solid palace wants us to demolish what we have built. It is so bad and meaningless that words do not extend.

Yes, this is very interesting and highlights how it really is in Norway, that rules and paragraphs mean more than people and fixed values. Then one is really out to drive if a paragraph is more important than anything else, as it is in this case.
And that we do not get free legal aid or help in any other way to fight this great system and the yoke that the Norwegian state is about to become!
Well, "small things" are many times "big-cases", even though we in Norway have very good things and fortunately cannot compare ourselves to large parts of the world. Then our case does so relevant, because it is in such cases that most people can recognize them!
Lagt inn av Jan Kåre Christensen kl. 03:51