No. 1485: Government lawyer Elisabeth Sawkins Eikeland tries to distort Borgarting Lagmannsrett to reject the appeal, ask God to declare the appeal, as the whole case against us "stinks" when we have received oral approval to build!

No. 1485:
Government lawyer Elisabeth Sawkins Eikeland tries to distort Borgarting Lagmannsrett to reject the appeal, ask God to declare the appeal, as the whole case against us "stinks" when we have received oral approval to build!

Picture of government lawyer Elisabeth Sawkins Eikeland is attempting to distort Borgarting Court of Appeal to reject our appeal, request that the appeal go through and full victory in the name of Jesus! 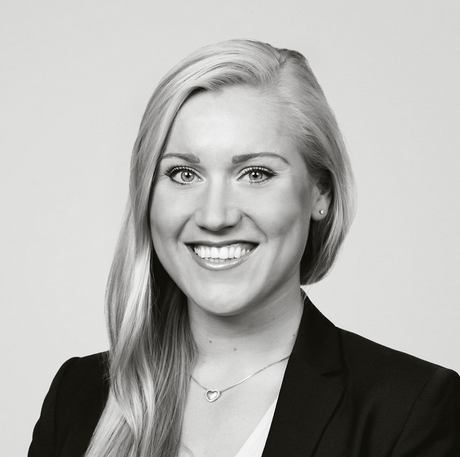 Defendant: State at the Ministry of Local Government and Modernization Postbox 8112 Dep, 0032 Oslo

Regarding the issue of rejection.

As mentioned at the outset, the matter is about whether Christensen can keep the cages, walls and stairs.

The case has not been sufficiently enlightened as long as the witness Kaja Lange Aubert has not explained what she remembers or does not remember about the contents of the telephone conversations Christensen had with her as a case officer. The first conversation took place in mid-May in 2013 and the second in August 2013.

Christensen in both conversations told the case officer that he envisioned a wall of 1.5 meters and 1 meter fence.

He states that this was not a problem according to the case officer, when she explained that others from before had higher walls. She repeated, according to Christensen in conversation no. 2, that a wall that was no higher than that of others should be ignored to apply for, at the same time as the wall, which stood there earlier, meant that one did not have to search again.

However, when a case was established, Christensen sent an email on July 5, 2015 at 7:47 pm to the PBE in Oslo municipality (post-reception pbe) for inspection. According to Christensen, this request was never preserved.

According to Christensen's opinion, the municipality's violation of the duty of supervisor and information pursuant to section 11 of the Public Administration Act has created the conflict that has arisen. The supervisory authority has not communicated sufficiently clearly and clearly that the measures would trigger an application duty and exemption from the current plan basis. This must be given considerable weight in an overall assessment, as here already implemented measures. The initiative owner must be able to have the confidence to follow the advice that has been sought from the relevant authority, which follows naturally from the public administration law. Against this background, the wall and booth are clearly built in careful good faith, which must be taken into account - especially when all close neighbors have approved the construction as documented in the declaration of appeal.

In the photo you can see clearly old wall from earlier where many of the stones weigh up to a few tons.

The new wall largely follows the terrain and does not appear to be oversized. The wall is built at the same height with other walls at Hellerudtoppen, also walls that have been established after 2006.

As far as the outbuilding is concerned, the small amount of excess in the utilization rate on the site is minimal. In similar cases in Oslo, it is normally given - if not "always" - an exemption.

Regarding the invocation of arbitrary discrimination, it should be recalled that neighbor in Stormyrveien, which at the same time as Christensen built "illegal" bailings etc. Here, the neighbor got an exemption to utilize the plot's utilization rate 54 times more than in Christensen's case. This applies to case 201316839 - Stormyrveien 9C - as previously indicated in the procedural document.

Reference is also made to the previously documented report by Ferdigattest Byggesak AS, which writes:

“In its decision on the custody of the PBE, PBE emphasized the outdoor living areas. The initiative owner experiences this argument to some extent to be contradictory since the agency in the fm. booths emphasize the outdoor area a lot, while in fm. the improvement of the outdoor area associated with the wall does not add to this significant weight. We understand the agency with regard to that bail to some extent seizes area set aside for outdoor stays, cf. given permits for housing. We also understand that the agency has assumed that sloping terrain (up to 1: 3) is considered usable (outdoor living areas to the west if one does not establish a wall). Mht. allocated outdoor area, we will point out that due to changed provisions with regard to calculation of outdoor living area, the actual outdoor areas of the dwelling have actually increased in computational terms, cf. given permission for housing, even after the estab- lishment. Previously, PBE did not consider areas in sc. roof terrace to be "usable", while according to. changed provisions so they do it. Thus, requirements for outdoor areas are fulfilled regardless of whether the fine is established or not. Mht. the outdoor areas to the west we will once again point out that flat areas provide better opportunities for varied outdoor stay than sloping areas. It is requested in this connection that the municipality looks to the neighboring plots, and most plots down the Stormyrveien (Hv
Lagt inn av Jan Kåre Christensen kl. 00:58