Nr. 619: Is man a Christian if one confesses the name of Jesus , living in sin and doing heresy?

Is man a Christian if one confesses the name of Jesus , living in sin and doing heresy?

It is obvious that it is a form of Nicolaitans teach we see today in many parts of Christendom, especially the Pentecostal charismatic contexts . It is really a great deception what we see going on today where one puts works of the flesh as if it were the fruit of the Spirit and life. Sensual and fleshly has been replaced with spiritual love, God's blessing and I know not what. Just because a self shall live in sin . Illustrative image 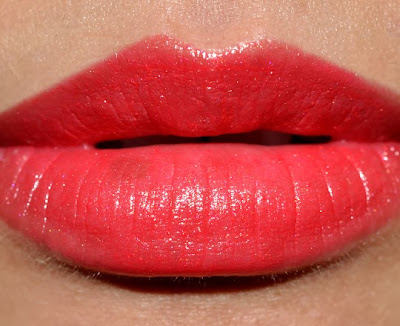 I do not quite always what you write . January Hanvold and other writing contrary confess the name of Jesus but have not gotten it in their life. Are they not saved then, even if they live pleasing to God as Christians ?

Eager blog reader, fully understand that this may seem contradictory and difficult. But we find many, many places in the Word of God , both the Old and New Testament that there have always been people who have professed a thing . And lived and been someone completely different . Actuall , this is what we struggle against every day, our flesh . But what are these ? They fight really not against flesh and world anymore. But have been taken by the darkness, but then they switch this out to call this something else entirely. Do not repented of his sin, made ​​up his sin . So shall it profit whatsoever not to confess the name of Jesus .

Jesus never said a second marriage was " approved " or something else, but that the one you have now is not your husband so he told the Samaritan woman that lived with another man after divorcing :

January Hanvold and anyone else who is re-married Christians living in an invalid marriage. It is as Jesus said : "The one you now have is not your man (or woman) . In other words, did Jesus marriage No. 2 No. 3 4 and all others are invalid. This is the sin unto death if one does not repent before it's too late!

Today's Pentecostal Charismatic Christianity with a Vision Norway and Jan Hanvold is from Satan and they either belong to or serve the true God is a fact !

Does this sound fierce , but when deception has been so strong and accepted, then one must say things straight out. Here one lives in sin , doing heresy and live like a self desires. But confess the name of Jesus , it does nothing !

We have a struggle against our own flesh , but Hanvold and peers have joined to fight this battle , but yielded to the flesh. Afterwards tours they continue as if everything is fine without having repented . This is to live in self-deception and sin of grace !

Where will this end? To make a very long story short . This will end in the lake of fire where Hanvold and all the others who lived by the word of God will be cast down to be destroyed together with all wicked , fallen angels and Satan ! If he does not repent before he runs out of time and die.

Eager blog reader, you asked : "Is man a Christian if one confesses the name of Jesus , living in sin and doing heresy ? » .

No, you are not a true Christian if one does not live as God's word teaches and preaches in accordance with God's word.

Also think this is obvious. Others must fight against his own flesh and does not it. Then Satan and the dark influence and the right to manage and in our lives. Therefore, our choice . That Hanvold and peers have made ​​their choice is obvious . But if we take the same options , so it will also be disastrous for us . God does not condone sin , but we need to get settled and cleared out of our life, before it will be too late!

This world lieth in wickedness . If we are born of God , and we will not share in this world. But go and live our lives according to God and His word, then are not the evil some space in our lives. And we will always both be and remain the winners!

I also think one should and should think that God is no respecter of anyone. What about the rest of us than January Hanvold minded ? The rest of us have to fight , orient us and refrain from anything that God's word speaks . However Hanvold minded exempt ? No, he and those who live like he does not belong to Christ, but Satan. God himself says in his own words , that it is the living word of God belongs to him and loves him time after time .

Joh.e. 14 23 Jesus answered and said unto him , If a man love me , he will keep my word , and my Father will love him , and We will come to him and make our home with him.

Who loves Jesus? Who belongs to him ? He who does His will , obey his word and his Spirit. Have Hanvold minded this? They live in sin , doing heresy and do everything else that the Bible says that works of the flesh . Who belongs to these ? Of course, not Christ, but his opponent Satan. Either we belong to Christ and do His will. Or belong to a man the evil . The evil and his demons will do ansprog everything that is his property, before or since. Therefore, I would also say , do not believe all who profess the name of Jesus and say they are Christians . It hides a lot more behind many of these than that which is good . Therefore, if you can not get out of the embrace of these sooner or later pocket under their sway of the wicked one. That is why the evil many times stays away Hanvold -minded , it is that he should receive more in his embrace and under its umbrella . He must be posessed by live, speak and behave as he does? And then those who stand him bi, sooner or later become so influenced by him that they will be one with him as well when it comes to demonic possession , and eventually will get the same sentence and be an accomplice with him and those who live as one even desires and wild as believers . It does nothing to confess the name of Jesus without a living as he speaks in his own words. As primarily in the New Testament ! In the new covenant , by Jesus and the apostle Paul's teaching that it is a sin unto death to remarry as Christian or marry a divorcee ? One can profess the name of Jesus from one stands up to the man settles, it profited nothing before one repents 100 % .