Nr. 633: Trinity doctrine " code " is groundbreaking , " Never will they have fooled anyone into this doctrine unchallenged longer!

Trinity doctrine " code " is groundbreaking , " Never will they have fooled anyone into this doctrine unchallenged longer!

Jesus called himself the Son of Man . Not once he looked at himself and called himself the only true God. It was Satan who wanted to be the only true God , or to put it another way , to God the Father space . The whole doctrine of the Trinity has undoubtedly a Satanic and demonic origins as Trinity continued where Satan was stopped. Jesus never claimed for himself that he is the only true God and the second person of God : 1 Tim . 4 1 Now the Spirit speaketh clear words that in the latter times some shall fall away from the faith , as they hold themselves to seducing spirits, and doctrines of devils . You are a " spiritual " thief if you believe in the Trinity , Jesus never ever said that he is God the Father, equal in rank or a second person in God for Fathers . This is something that Lucifer wanted to usurp the dawn of time , but not Jesus 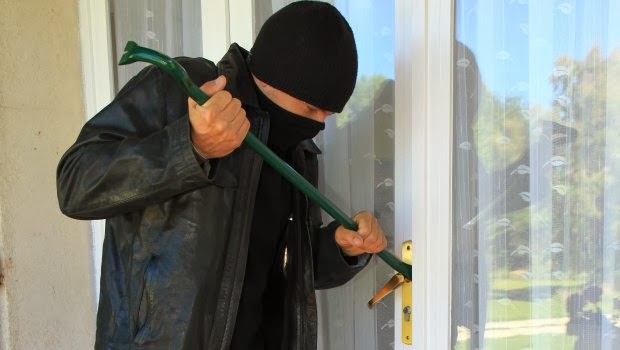 Pastor Christensen , congratulations on your article no. 733 : Jesus was, and being a man, but also a God , but not the one true God !

The spring open doors for me in my understanding of the Trinity . Have read a good portion of what you have written, is now " tag " broken for me. It was a kunstykke to go back to Abraham and give us an insight into why Jesus was a man , and not the one true God. It was a wisdom of this world as King Solomon who gave you the insight . Congratulations yet again , thank you opened my eyes to the Trinity is not based on the Bible . But can you say more about that word became flesh etc.

Thanks for the kind words , it warms and strengthens !

You ask, " But can you say more about that word became flesh etc. ".

John 1:14 And the Word became flesh and dwelt among us, and we beheld his glory - the glory as of the only begotten of the Father - full of grace and truth.

What was human ? Jesus was the Word became flesh . He is the Word that God used to create , creates , still .

Yes, Jesus had " gone over " everything from his Father and himself . This was a development which he did after the resurrection "everything" . Before that , he had been partially "everything" . But he styled himself pretty much always like the Son of Man . Why ? He is the same person before he was born while he was in the world , and afterwards. At Trinity makes him a person who is equal to God the Father in one and all, then they go Satan's errand. Why ? It was the Lucifer did, God the Father will take place and became Satan . Thus , the Trinity is from him , no one else.

Word made flesh , what does that mean ?

1 Cor. 10 4 and all drank the same spiritual drink : for they drank of that spiritual Rock that followed them: and that Rock was Christ.

Note that the person who was with the people of Israel in Egypt, in the desert and in the land of Canaan was the Christ . In other words , through all that they did, and when God revealed Himself to them . So it was because Christ was with them. And we know that all idols and images in GT . If there are sacrifices , tabernacle , temple or whatever it may be. Everything is pointing over toward Jesus Christ who should come , said the Apostle Paul , when this was ghosting and image towards what was to come , when the reality came, Christ Jesus.

Kol . 2 16 Let no man therefore judge you in meat, or in drink, or in respect of an holyday , or of the new moon or sabbath days: 17 Which are a shadow of things to come , but the body is of Christ .

Hebrews 9:24 For Christ is not entered into the holy places made ​​with hands, a mere copy of the true one , but into heaven itself , now to appear before God on our behalf .

What is so wrong with the Trinity ? Everything , as it is a lie !

It is clear that our understanding of what most would both be wrong , misleading and ultimately lead us away from God if we build on the errors and incorrect teachings. Therefore , reject the Trinity !

When the word God used so one could have thought that everything was put on "autopilot" .

It is here that the Trinity is bad , I think , that a driver with an disclaimer . On the contrary , all God's creatures whether it is Jesus , the angels , us or whoever it is . We are all accountable to God with all that we do, say and . Therefore , Jesus had failed God during his jordliv , what had happened then ? Yes, just the thought makes us afraid . But in fact , when God had to have sent a new savior who was perfect , but fortunately , Jesus always chose the right one. And Jesus was not the only true God here on earth when we read on several occasions that he had limited knowledge and another to show that he was a man. Not 100 % God and 100 % man , 100% human . That was why he could die in our place that he had " taken " at the Adam's fallen suit.

Hebrews 10:5 Therefore he says when he comes into the world, Sacrifice and offering you did not desire, but a body you prepared for me.

Romans 8:29 For whom he foreknew, he also predestined to be conformed to the image of his Son , that he might be the firstborn among many brothers.

Jesus is the firstborn - for we shall be like him . God's goal of us is that we will be kings . What is it ?

Rev 5:10 and made ​​them a kingdom and priests to our God, and they shall reign on the earth !

Revelation 22:5 And night shall be no more , and they need no candle, neither light of the sun, for the Lord God giveth them light : and they shall reign forever and ever .

Who will rule ? God or humans ? Then there will be a coming together , and we will be like Jesus fully and he like us. Therefore Jesus is the firstborn !

When Jesus' mission is done , what then? Scripture says that when he will give everything back to the Father - the only true God and Father of us all.

1 Cor. 15 24 then comes the end , when he hands over the kingdom to God , even the Father , when he shall have put down all rule and all authority and power. 25 For he must reign, till he hath put all enemies under his feet. 26 The last enemy that shall be destroyed is death , 27 for he has put all things under his feet. But when he says that everything is subjected to him , then it is evident that he is excepted who subject him everything ; 28 but when everything is subjected to him , then shall the Son himself subjugate himself to him who put all things under him, that God may be all in all.

The main idea of salvation is that God the Father will have many , many who Jesus. That 's like him , therefore he is the firstborn came forth from the Father and like him . How should we be , therefore, states that we shall reign forever and ever !

Am glad for this as described here that now the Trinity demonic yoke breaking . At least for those who want the truth . Of course there are many gullible , naive and innocent believers who are taught to believe in a triad of God . But through what we write on the blog and our website , then we as a counterweight against this thinking in three equal Gods in one God.

And you wonder something? Do not agree or you agree ? You still have the law and the opportunity to both write to me questions which I will answer . Or blogging here on the blog. You are most welcome to both input prompts and blogging. Be welcome in the Lord Jesus Christ .