No. 1528: The authorities and government agencies often have a very condescending attitude and they are making trouble out of "nothing", which says that often the authority is the problem, not one itself!

No. 1528:
The authorities and government agencies often have a very condescending attitude and they are making trouble out of "nothing", which says that often the authority is the problem, not one itself!

Picture of Leif Liljeström who put 2 months. wrongfully in prison, shameful and evil.
In many ways, he is "thrown" in front of the "bus" of the Christians when so few have stood up for him. Not only he, but anyone who has been ill-treated, harassed and wrongfully imposed, convicted or otherwise gagged, has been tried and stopped and removed. Lost both time and money on something that would never have been put in place by the authority against us. It is government abuse that we experience! 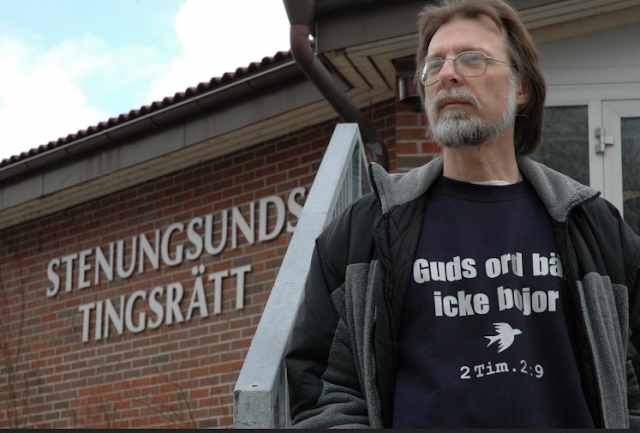 Know that I need to tell others who possibly come up in the same situation as us some things that are important and necessary to know.
I also believe that since we have experienced this on so many occasions that my / our experience makes the help and understanding we have become "transferred" to others.

2 Cor. 1. 3 Blessed be God and the Father of our Lord Jesus Christ, the Father of mercy, and the God of comfort; comforted by God! 5 For as the sufferings of Christ abound in us, even our comfort is abundant in Christ. 6 But if we suffer tribulation, it is your comfort and salvation; If we are comforted, then it is for you a consolation that appears strong in patience under the same suffering that we suffer; 7 And our hope for you is fixed, knowing that as ye are partakers of the sufferings, ye shall also be partakers of comfort.

Have been in contact with some people, both believers and non-believers.
There are very few who understand such cases, as few have really experienced how the Norwegian state sometimes treats its inhabitants, far below par.

I don't know how many this applies, but surely 1% of the population? Of that group, I expect half that can say that the state has treated them badly or badly. A good deal also has partly a part of the blame, but the focus should and should be to bring out the realities and what is true.
Not least in the cases that are real like mine and some others! After all, I'm 120% innocent, and the state and government authorities 120% have caused it to become what it has become. Everything could and should have been resolved amicably some conversations and possibly come to meet us. Here, in all cases I / we have been bothered, only the state and the public authorities have put everything in order!

I am convinced that there is no single case that the authorities want to make it look like. The fact is that both believers and non-believers have been overrun, "mistreated" psychologically, lied to and factory-defeated against them / us!

Let me mention some examples of miserable treatment of residents here in Norway, and I want to include two examples from Sweden.
It is for this reason that it is not the "state of Norway" that is the problem and the law. But it is the overrun and condescending treatment that the authorities all over the world allow to act like. Arrogant, evil and primitive. I really want to kill the "bad" apples, not Norway as a nation and the law. It is the problem that here protects a real evil.

1.) Leif Liljeström, the man behind the home page of the Bible Temple who had to sit for 2 months. in prison when he preached against gays.

2.) Åke Ingemar Teodor Green, who also preached against the gays, was also first convicted in the district court. But luckily was acquitted later in the Court of Appeal and the Supreme Court in 2005.

3.) In the past, it was a poor fur farmer, Per Olaf Lauvås, who lied to the food inspection, fabricated faults and wanted to dismantle his entire farm. Although it worked excellently, so does the authority at its times, shameful!

4.) Petar Keseljevic preached the gospel here in Oslo, and was also sentenced to crimes like me. Of course, he did not do anything punishable, but when the hatred of Christ and the word of God is there, the authority and the courts can get most of it as bad and bad.

5.) I personally know how the child welfare service has treated the so-called Glass Girl. It is so bad that words do not extend, this happened a few years ago at Karmøy, my home municipality.

6.) How we have been treated by the government is just a big, big shame. Has written a little about it here: https://blog.janchristensen.net/2019/05/nr-2463-jegvir-blitt-forulempet-and.html

Harvey Weinstein and Jan Kåre Christensen think people are both "guilty", it is so far from the truth it is possible to come!

It is a part that believes in themselves because they do not experience such things as I, Åge Green, Leif Liljeström, Petar Keseljevic and others experience that they are "better" than us. And that such people as Harvey Weinstein who "started" the rascal in the United States and all over the world that he exploited so we are "like."
The truth is that Harvey Weinstein and the state are more similar to us. Since what we are experiencing is that state or public abuse of power against us, finished work.
Therefore, it is so important that you pray for us, encounter us in all areas. Also ecological and that one opposes the common belief that it should be something we have ended up in self-inflicted. The truth is also that here it is the state and the public one must look at as "criminal", no one else!
Picture of Harvey Weinstein who is more in line with the state and public Norway as we have experienced it at times. They behave nicely and properly, but in the "back room" they do anything but what they should and should do! 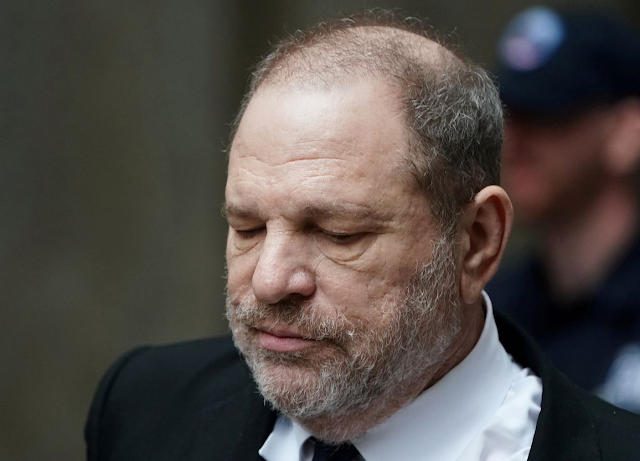 Acts 8. 1. And Saul's covenant in his murder. But on that day, there was a great persecution against the church in Jerusalem, and they were all scattered over the land of Judea and Samaria, except the apostles. 2 But some godly men buried Stephen and made a great noise over him. 3 But Saul ravaged the congregation, and went into the house after the house, and went out both of men and women, and cast them into prison. 4 Those who were now scattered went around preaching the word of the gospel.

Here, God allowed it to be a persecution of the believers, but the believers stood together as one man. Cohesion was great, wonderful and intense as everyone experienced the same.
Today, it is the opposite, as most believers go through life almost at the same level of resistance, persecution, and other ways that show that you are unloved and disliked by Satan and the evil spirit powers.

What is important is that, not least, we as believers understand, as today there are so few believers who face opposition. It is that we are being persecuted and coming up in these situations as it is the evil spirit forces and the powers of darkness that work. I do not claim that anyone involved here is affected by this. But the very origin and the person behind doing so oppose righteous and good people.
It is Satan and his spirit army who hate everything that is right, good and true!
Therefore, stand with desertism when there are believers who experience opposition and such harassment by the authority. Next time it may be you. Pray for them and never talk derogatory and bad about us, even though we can also do some minor mistakes and not stretch, we are just humans.
But with God's grace and help, everything will go to victory!
Includes a Psalm, Psalm 7 that fits in perfectly with what we have gone through.

Psalm 7. 2 Lord, my God! To you I put my trust; save me from all my persecutors and save me; 3 lest the enemy break up my soul like a lion, break it, and there is none to save. 4 Lord my God! If I have done this, if it is wrong in my hands; my life to the earth and my honor in the dust. Sela. / 7 Rise up, Lord, in thine anger, rise up against the enemies of my enemies, and awake to my help! You have a mandatory judgment. 8 And let the assembly of the nations encircle you, and turn back over it to the highest. 9 The Lord judges the people; judge me, O Lord, according to my righteousness, and according to my innocence, which is with me. 10 But let the wickedness of the wicked end, and the righteous stand. You are the one who tries hearts and kidneys, a righteous God. 11 My shield is with God, who saves the upright in heart. 12 God is a righteous judge, and God is wroth every day. 13 If he does not turn around, he whispers his sword, bucks his bow and finishes it / 14 and straightens killing weapons against him; his arrows make him burning. 15 Behold, he is about to bring in iniquity; He is fatal with misfortune and gives birth to lies. / 16 A grave he has dug and dug it out; but he falls into the grave he worked on. 17 The calamity he went through and thought about, falls back on his head, and the violence he had in his anger over his own ice. 18 I will praise the LORD according to his righteousness, and sing the name of the Lord the Most High.
Lagt inn av Jan Kåre Christensen kl. 00:49