No. 1524: There is of course a great darkness both over and in people who think they do "the right thing" when they can allow themselves to do such things as PBE here in Oslo does!

No. 1524:
There is of course a great darkness both over and in people who think they do "the right thing" when they can allow themselves to do such things as PBE here in Oslo does!

The rest is history - about an evil story. Hitler and PBE are both "legal" authorities. Of course, people do not kill in PBE, but now they are going to claim money from us just because of We will not follow their orders, just as the Nazis were doing. They began in the small, but ended up in the totalitarian.
Well, the one who believes blindly in democracy and believes that "democracy" always has "right" is probably in the wild.

It is only when Jesus comes and establishes his millennial peace kingdom that there will be perfect justice. Before that we will only see fragments of justice!
In the case against us, it is pure evil that lies behind our orders. Why can I say it so dramatically?
When we are verbally promised to build several times a simple wall that does not stand out in any way. A booth that neighbor's neighbor gets exempted from utilizing the utilization rate of the plot 57 times more than us. They are allowed to have their standing and we rip ours. This is nothing more than a falsum that is bite initiated by dark and lying forces in PBE here Oslo's heads and hearts. As they have set out in their rigid decisions, unfortunately defended by the Civil Ombudsman, County Council and Norwegian courts. Believe blindly in democracy that it always does "right," is actually a seduction and delusion!

Will also say that everything is built on our property, give such orders as this is so against democracy and ordinary sentiment that it testifies that this is not really democracy, but the dictatorship! 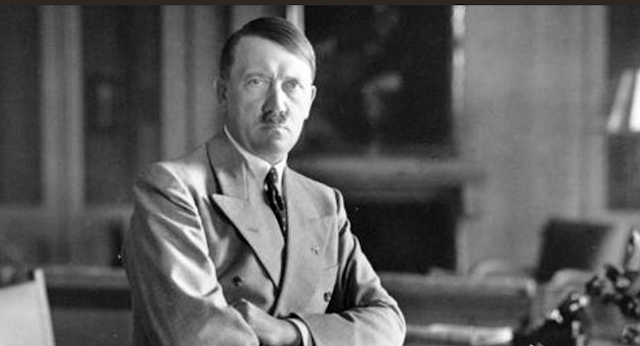 Joh.e. 16. 2b There comes a time when every one who kills you will believe that he shows God a worship.

We humans are spiritual and moral beings in a completely different way than expensive. But what is most important about the animals in relation to us humans?
It is that in the animal world it is the strongest that prevails and governs.
Among us humans, there are completely different things that are important and that matter. Not least to do what is morally right and good.

The foremost to do what is right and good should be the people who work and are in the public authority, the Scriptures say.

It was the "official" Rome as in Rome, among other things. in the Colosseum and elsewhere, the most barbaric and horrific executions, barbarity and struggles for rides performed in all sorts of variants to see battle, blood, death, and even more horrific acts.

It was the "public" Germany with a legally and democratically elected people leader and obviously totally offended Adolf Hitler who killed not only 6 million Jews. But was responsible for World War II with its barbaric and horrific misdeeds that one expects more people to die in this horrific war as it was people in Germany when the war started.
Anyway, blindly believing in the public authorities is much, much worse than believing in much else.
Of course, we must take our assessments and not accept everything if it turns out that what the government is doing is of the evil, and not of the good!

There is a difference between stealing 1000, - and 1 Million, but it is theft both.

PBE here in Oslo has, of course, not gone as far as Nazi Germany did, but there are nevertheless the same evil principles that underlie this.
There are "legal" public bodies that settle down. Think they can and act like other people are shit and run over them.
In fact, here they are quite similar, and will not listen to other people's arguments, but just drive on!

I think it is right, biblical, and healthy democratic ones we do, just like everyone else who has opposed injustice, discrimination and other things. I think on Martin Luther King Jr. who stood up for the respondents, who had been suppressed and discriminated in the United States for hundreds of years.

When he got up and forth it was with a lot of resistance, and it was actually not only he who opposed the injustice and terrible treatment the dark-skinned or black had received in the United States for so long!

I / we fight a legitimate democratic struggle or process when I / we believe that both we and Norway's population are led behind the light with a state or municipal agencies that act arrogantly!
Like us in blind obedience is forced to follow even though it goes against all common sense and democratic and healthy principles.

Our case is that we have been discriminated against, treated unfairly and have not done anything that violates what others have done.

I have been reading through with other people who have done something "illegal". All those who have such a small degree of violation and who seek PBE in a good and serious manner have been granted an exemption. That we do not get is really discriminatory.

When Almost the closest neighbor builds "illegally" at the same time as us, and gets dispensation 57 times more than we do. Then we are really unfairly treated! We have not asked to end up in this position. But the reality is like that. We are 120% innocent in this case, but PBE is 1000% guilty due to their evil actions towards us to behave as they have done now for several years! Only evil people like this, no one who wants and works for the best of others.

3.) We have not done anything that violates what others have done.

Others just think of where we live, for example. long wall, higher wall and located much more in the road than our wall. In our view, the fact that we must tear everything down is that Norway's greater and worst "illegality case" is not on our part. But from the Planning and Building Administration side here in Oslo.

It is only when Jesus returns and establishes his kingdom of peace that there will be perfect justice. Democracy that we have in the Western world is far from perfect. But that's what we have to deal with.
Adolf Hitler became lawfully vigilant, it just shows the weakness of democracy that it is power that prevails.
Here we see that PBE lies, operates with power abuse, discriminated against, treated unfairly and has not done anything that violates what others have done.
What can one do then? We have tried to promote this within the County Governor, the Civil Ombudsman and the courts here in Norway. Where one protects one another, lies, distorts the truth and most things are laid out if possible to push us down.
What we come up with arguments is not believed. What should one do then?
They now want us to remove these lovely things we have built.
Of course, we do not want this, of course, it is only dark that will do such a thing.

It is also strange that the person who decided our case at the County Assembly Marius Vamnes who represented the County Governor in Oslo decided that we should demolish the wall, staircase and storage room on our property.

But he approved everything that Kjell Inge Røkke has built if there were a thousand times more "exceedances" than ours!

This is democracy! Nothing but a fake and a bluff! The truth is not, but lies!
Lagt inn av Jan Kåre Christensen kl. 01:46