No. 1527: Pastor and Narrea Postel Jan Aage Torp comes with false accusations against me and poems a conspiracy that does not exist at all!

No. 1527:
Pastor and Narrea Postel Jan Aage Torp comes with false accusations against me and poems a conspiracy that does not exist at all!

Pastor and Narrative Post Jan Aage Torp comes with conspiracy theories, lies and again lies against me and the heavenly blog!

Blue. writes Jan Aage Torp this:
In a conversation with KKN's chairman Jan-Aage Torp, Supreme Court attorney Per Danielsen says that there is "a bunch of politicians" from several countries that have won the media in the European Court of Human Rights in Strasbourg in libel cases and in cases involving privacy violations. I am aiming here for a web check that is convicted of bullying, harassment and cheating on me. This person lives in the delusion that he can write what he wants.
Danielsen says that the Norwegian press creates a misunderstanding that famous people and so-called "public persons" must endure so much more than others. I have previously been forced to take legal action to set a limit, and I am not afraid to do so again if I have to. Freedom of expression does not mean that it is freely presented to the public cybercrime.

Answer:
I am not writing any more about narreapostel Jan Aage Torp, and I have tried to point out only that he lives in adultery with being married. The verdict against me is a word of justice when neither Torp's figures are documented.
It was not discussed in court writing that they found in retrospect to judge me and the heavenly blog. It's a verdict that's zero worth! 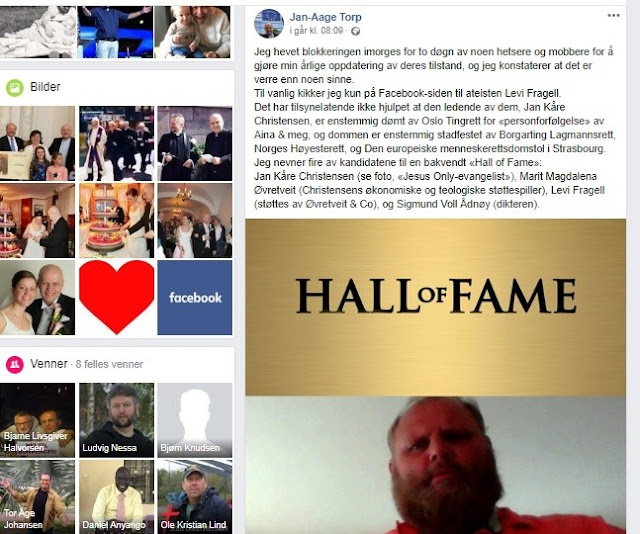 Answer:
I'm not a Jesus-only Evangelist, don't understand where he's got it from.
Both Jesus-only and the Trinity doctrine are unbiblical teachings.

As for Maria Magdalene Øvretveit, I do not know her and have never received a crown from her. Here lies Torp lies and fabricates lies on lies!

Being a leader of the "gang" against Torp is also fabricated. Only thing I have had to do with is Sigmund Voll Ådnøy, but it is only with some mailer and various.

Here's something Torp has written about me and the celestial blog online lately.
Everything is just fine and lies like everything else Torp has come up with.
Torp claims that Marit Magdalene Øvretveit is "Christensen's economic and theological supporter."
And everything else he comes up with is fabricated lies that include: that I am Anders Behring Breivik follower and successor etc.
Torp looks like it has "clicked" for almost! 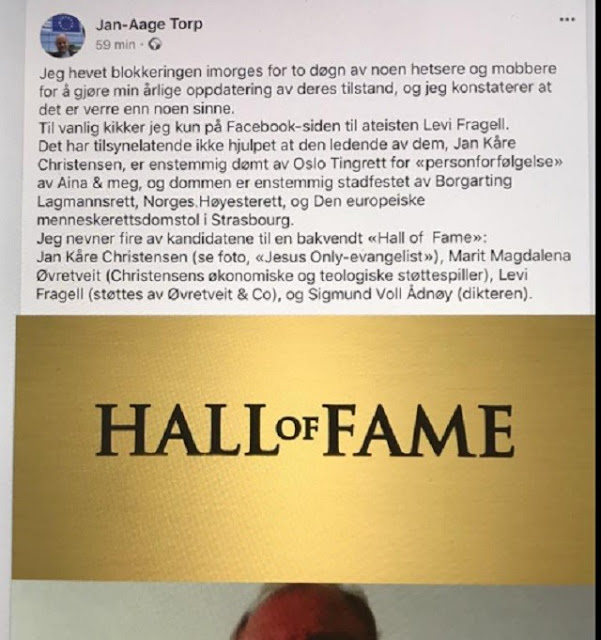