No. 1525: We have not applied for a wall in Stormyrveien for the past 100 years when we built, that PBE will not comment on this, just showing that they have no factual and serious arguments against us!

No. 1525:
We have not applied for a wall in Stormyrveien for the past 100 years when we built, that PBE will not comment on this, just showing that they have no factual and serious arguments against us!

The picture from the wild west, so were the "rules" here at Hellerudtoppen when we built. Therefore, neighbor has just across the road closest to their wall in the road. This is just fine, PBE thinks here in Oslo. While we who have it far from the road should tear, talk about being malicious and discriminating people. 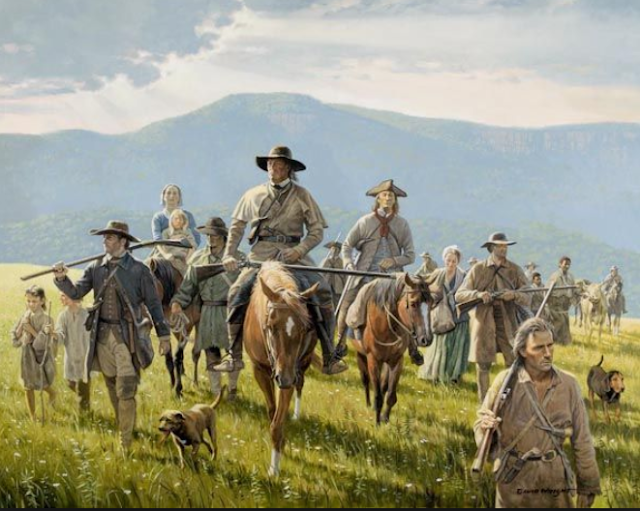 This is what Ferdigattest AS writes in application on behalf of us to the Planning and Building Administration here in Oslo:

"By the way, not all the walls in the area were established before the house plan became applicable. Several of the walls in the area appear to have been established after 2006. From the point of view of the case, we cannot see that any cases have been registered in the Stormyrveien which concern explicit walls over the past 100 years.
We assume that some walls are considered in sc. other buildings, but notes that it may nevertheless appear that the owner of the measure is right that several of the walls have not been subject to a material assessment.
Mht. natural transition towards the road, it is pointed out that the fewest sites in the area have a natural transition to the road. On most sites along the Stormyrveien, walls and or cuts have been established in one form or another. Several of these have the same size as the current wall. ”

Here it is pointed out that no wall has been applied for here in Stormyrveien over the last 100 years, that they then behave like this to us who sought with professional help witnesses of a vile and narcissistic manner.

This also states Ferdigattest AS here:
"Initiator contacted PBE and inquired if it was okay to bring up a new wall where previous walls had been standing. According to the initiative owner, this was experienced as unproblematic and exempt from application. The initiative owner regrets that he has misunderstood, but it is nevertheless pointed out that one had hardly contacted PBE if one did not act in good faith, and that one led up the wall as one thought was in line with the regulations. This notion is reinforced by the fact that there are apparently no support cases in the immediate area, despite the fact that several walls have been established there. Furthermore, care has been taken that the work was carried out expertly.

Former wall lay in old land border. New wall is led up where old wall lay. Unfortunately, there was something wrong with the old boundaries, which has meant that the wall is a few cm. out on a regulated road. This was first discovered by surveying. The wall is located almost exactly on the previously mentioned land boundary, which is therefore something wrong. ”

Here, Ferdigattest AS says that loading me / us for this and demanding that the reef is to go far, far above the stretch. After all, there is talk of a few sqm2 dispensation we need. When others get what builds very much more extensive than us. Then
We have investigated the case, and it looks as if PBE went through the "all" houses here and it was only in 2016 that they started by instructing everyone to submit a written application. Before that, it was "freely forward" and wanted the West here in Stormyrvej.

What the Planning and Building Administration has opposed to us is actually service errors, manipulation, abuse of power and abuse of authority!

Let me give some small examples, include only a few "kind" examples as one cannot complain either, endlessly. I do as the word of God encourages us. Lay the old back and stretch out for what lies ahead.

1.) When they started raving with us already in 2014 I was completely "fresh" and did not understand much. What they were doing to us was that the booth was too close to the road. This was just nonsense, something they should and should see right away as a professional. Our house is closer to the road than the booth, ergo this has no meaning. These are service errors and manipulations they were doing to us. This also became a case that ended with the County Assembly, sad but true.

2.) We have asked them to visit so they can see everything around here personally in the eyes, but they will not. Only hidden inspections when we are at work.

3.) When they have argued and written the decision and others. So, they have mostly been such as have never been to us, but they write right into the weather what they mean and which we should pay attention to.

4.) When they pointed out that we should have applied for a wall, staircase and storage room. Then we initiated a great deal of money and received a huge application. What do they do then? On the contrary, it rejects. It is so rude and manipulative that they do, that words do not extend!

What is with our case is that there is no matter really. The little we have "violated" by so-called illegalities is so minimal that it is like a storm in a water glass what PBE here in Oslo is doing.
They must take into account that here at Hellerudtoppen it was wild West before we built, everything was allowed.
Well next door just over the road has a wall that is so up in the road that I have never seen it "worse"!

Now the neighbor in Krokstien has built a new wall, they are now doing exactly the same. No reaction then from PBE.

This is from neighbor behind us in Krokstien 3 who built this wall 1 year ago. It lies is in a turn, 25 cm from the road. Yes, it was not just before the wild West here in the outskirts of Oslo, but also now.
But strangely, everyone else promises to do everything they want and more.
We are going to demolish even if we have built is not a hindrance or shyness to anyone, but those who lay the wall 20 - 25 cm from the roadway are obviously there !!!! 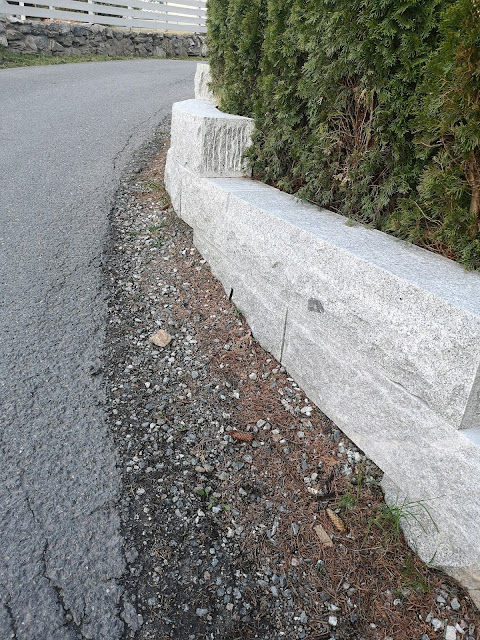