Nr. 594: The apostate Christians warn against periferere sinners who do not deal with them myself , but others. While the true believers also warns against the sin that affects them yourself !

The apostate Christians warn against periferere sinners who do not deal with them myself , but others. While the true believers also warns against the sin that affects them yourself !

The Pharisees and scribes of Jesus' day is that the Norwegian Christianity is by and large it all. The second concerns they have a clear idea , but it affects them, their circle of friends and church. The tier they ask for, and defenders ! The world has not really changed much in 2000 years , when the human heart is the same as it always has been.

Jer 17:9 The heart is deceitful , more than anything else, and desperately wicked: who can know it ?

Photo of a heart, it is not something to rely on a human or our hearts , only God and His Word ! We know that OKS or now Romeriks-Church that has a picture of a heart in the logo , it tells a thousand words where they stand in the spiritual landscape. 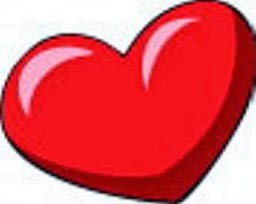 What Jesus said about the religious people :

Matt . 23, 2 in Moses' seat sit the scribes and Pharisees . 3 Therefore shall ye observe and do all that they command you , but by their deeds shall ye do. For they say , but they do not; 4 For they bind heavy burdens and grievous to be borne, and lay them on men's shoulders , but they themselves will not move them with their finger . 5 But they do all their deeds to be seen of men: they make their memory slips wide and their tassels large, 6 And love the uppermost rooms at feasts, and the chief seats in the synagogues, 7 And greetings in the marketplaces and to be called rabbi by people . 8 But be not ye called Rabbi: for one is your teacher, and you are all brothers . 9 And I will not call anyone on earth your father , for one is your Father who is in heaven. 10 Neither shall ye called teachers , for One is your Teacher , the Christ . 11 But the greatest among you shall be your servant . 12 He exalts himself shall be abased, and he humbles himself shall be exalted .

When we saw the "light" can reveal today's Christian churches and preachers , why not leave the sinking ship and join example . Smyrna Oslo? We need to come together again in God's word and prayer, dear friends!

King Saul was rejected by God because he saved the best and second best , but put the rest in the ban . So also Christians today who can warn against such . homosexual heathens and abortion as the world's people live in. But remarriage among the faithful , and especially among preachers are either acquiesced in or out defended . This is to save the best and second best as King Saul did.

1 Sam . 15th 1 Samuel said to Saul : It was me Lord sent to anoint you king over his people , over Israel, so sound word of the LORD 2 Thus says the Lord of hosts : I will punish Amalek for what he did to Israel, how he lay in his way when he came up from Egypt . 3 Now go and smite Amalek , and utterly destroy all that he hath ; saving him, but kill both man and woman, infant and suckling , ox and sheep, camel and ass . 4 And Saul gathered the people gathered themselves together , and numbered them in Tela'im , there were two hundred thousand footmen , and ten thousand men of Judah. 5 And Saul came to a city of Amalek , he laid an ambush in the valley . 6 And Saul said unto the Kenites , Go , separating you from the Amalekites and go down, lest I destroy you with them ! For you did well with all the children of Israel when they came up from Egypt . So Kenites departed from among the Amalekites . 7 And Saul smote the Amalekites , and chased them from Havilah to Shur , which is east of the Egypt . 8 And he took Agag the king of Amalek , alive, and all the people he utterly destroyed them with their swords . 9 But Saul and the people spared Agag and the best and the næstbeste of sheep and cattle and lambs - everything that was good - and would not utterly destroy them : but all the cattle that was calling and miserable , that they utterly destroyed . 10 Then the LORD said to Samuel, saying, 11 I regret that I made Saul king, for he has turned back from me and not kept him by my words. Therefore was the wrath of Samuel , and he cried unto the LORD all night . 12 The morning after Samuel stood up early to meet Saul then came forth and said unto Samuel, Saul has come to Carmel , where he raised himself a monument , since he turned and went on down to Gilgal . 13 When Samuel came to Saul , Saul said unto him , Blessed be thou of the Lord ! I have held me by the Lord. 14 And Samuel said, What then is this bleating of sheep in my ears sounds , and what is it for the roar of the oxen which I hear ? 15 Saul said, They have brought them from the Amalekites : for the people spared the best of the sheep and of the oxen, to sacrifice unto the Lord thy God : but the rest we have utterly destroyed . 16 And Samuel said to Saul : Hold up , I will shew thee what the Lord has spoken to me tonight ! He said to him , Speak ! 17 Samuel said , When thou wast call in your own eyes , was the head of the tribes of Israel , and the LORD anointed thee king over Israel. 18 And the LORD sent thee forth, and said, Go and smite these sinners , Amalek , and utterly destroy and fight against them until they be consumed them ! 19 Why do you not saying the word , but cast thee over the spoil and did evil in the sight of the LORD ? 20 And Saul said unto Samuel, I have obeyed the LORD, and have gone the way which the LORD sent me, and I have brought Agag the king of Amalek, and utterly destroyed the Amalekites . 21 But the people took of the spoil, sheep and oxen , the chief of the devoted things , to sacrifice unto the Lord thy God in Gilgal . 22 And Samuel said , Hath the LORD as as great delight in burnt offerings and sacrifices, as in obeying the LORD? Behold, to obey is better than sacrifice , and to heed than the fat of rams 23 for rebellion is better than the sin of witchcraft , and stubbornness is as iniquity and idolatry . Because you have rejected the word of the Lord , he has rejected you , so you should not be king . 24 And Saul said unto Samuel, I have sinned : for I have transgressed the commandments and thy words : because I feared the people and gave according to them. 25 And forgive me now my sin and return with me, that I may worship the Lord ! 26 Samuel said to Saul, I will not return with thee : for thou hast rejected the word of the LORD , and the LORD hath rejected thee , that thou shall be king over Israel. 27 So Samuel turned up and wanted to go. But Saul grabbed the edge of his cloak, so it was torn off. 28 And Samuel said unto him, Jehovah hath rent the kingdom of Israel from you and give it to another who is better than you . 29 And Israel Faithful God does not lie and do not regret , for he is not a man , that he should repent . 30 Then he said, I have sinned , but show me anyway now honor elders of my people and before Israel, and turn again with me ! I will worship the Lord thy God. 31 So Samuel Saul back , and Saul worshiped the LORD . 32 Then Samuel said : Before Agag , king of Amalek, to me ! Glad remember Agag walked over to him , and Agag said , Surely the bitterness of death is past away . 33 And Samuel said, As thy sword hath made women childless , so shall thy mother be childless among women. And Samuel hewed Agag to pieces before the LORD in Gilgal . 34 Then Samuel went to Ramah , but Saul went up to his house to Gibeah of Saul . 35 And Samuel saw Saul no more until the day of his death , for Samuel mourned for Saul . And the Lord repented that he had made Saul king over Israel.

Amalek is a picture of the flesh, we can not " save " some of the flesh . Remarriage is as much a sin as murder. The preachers stand and marry again after divorce is as much sin as expeditiously for God. A little sin is as bad as many huge .

James 2 10 For whosoever shall keep the whole law , and yet offend in one point, he is guilty of all .

We are children of light, thus requiring the Lord the more of us !

Jer 30:21 And his lovely feel of his own family, and his ruling emanate from his midst, and I will cause him to draw near, and he shall come unto me: for who else wants to venture their lives and come near me ? says the Lord.

Children of the World neither will or may come near to the Lord . But may God's children. The preachers , pastors and other leading responsibility in the congregation and will dare come near the Lord testifies pride if they are divorced, re-married and living in adultery as believers and preachers.

The world 's largest and deadliest sin we must see the light of where we are in the spiritual landscape.

The apostate Christians warn against periferere sinners who do not deal with them myself , but others. While the true believers also warns against the sin that affects them yourself ! Just as in Jesus' time .

God requires more of us believers , indeed perfection . But what does he find ? Lukewarmness , mediocrity and excuses for not following God's word.

But it 's also a lot of good , and there are those that stand before the Lord and His Word . Here in Norway , this is unfortunately not the Free Church in the great and all, but more among Lutherans and others. Soon the only independent congregation in Norway who warn against sin Smyrna Oslo, there are fortunately some Lutherans and others who dare and are willing to keep the word of God and proclaim his advice to salvation , redemption , healing, restoration and sanctification .