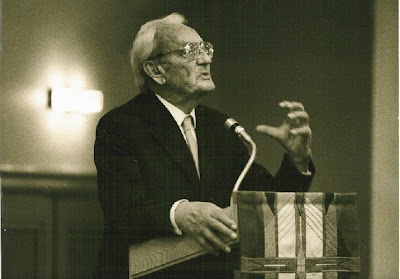 He was married, had two children , divorced , living single the rest of your life as God's word says browse . In 1 Cor . 7 10 The married I command , yet not I, but the Lord , that a wife should not separate herself from her husband ; 11 but she is separated from him when she abide, being unmarried or be reconciled herself with her ​​husband - and that a man shall put away his wife.

What should a believer a Christian do after a breakup ? Whether settle or live alone : 1 Cor . 7 10 The married I command , yet not I, but the Lord , that a wife should not separate herself from her husband ; 11 but she is separated from him when she abide, being unmarried or be reconciled herself with her ​​husband - and that a man shall put away his wife.

Does any law to marry a divorcee ? No, it does a get a judgment on gjengiftede , and fornicators . Luke 16 18 Whoever divorces his wife and marries another woman commits adultery , and whoever marries a woman divorced from her husband commits adultery .

How to proceed towards those believers who re-married or married to a divorced , what scripture says ? We will speak to the right , first in private , then take one or two with us. And they did not repent , then, must be presented to the church before they expelled ! Matt . 18th 15 But if thy brother shall trespass against thee, go and tell him privately ! if he shall hear thee , thou hast gained thy brother ; 16 but he will not listen, then take yet one or two with you , that every word may be established by two or three witnesses words. 17 But he is not on them , tell it unto the church: but he did not hear the church, let him be unto thee as an heathen man and a publican . The person is then like a Gentile and worse than that , when we will not even eat with them. 1 Cor . 5 9 I wrote to you in my letter that I should not have intercourse with fornicators - 10 I did not mean to ordinary fornicators of this world or the greed and robbers , or idolaters , or had ye go out of the world: 11 But now I have written to you, was that I should not have intercourse with any man that is called a brother and a fornicator, or covetous person or an idolater, or a railer, or a drunkard, or robber, so I do not even eat with him . 12 For what have I to do to judge them also that are without? do not ye judge only those who are within? 13 But those who are outside, God judges . Put away the wicked man from among yourselves

Article from Our Land : The man who woke Oslo

"Frank Mang is one of the 1900s greatest men of God . Had he lived , and lived in the U.S. , he would have been a world evangelist " Billy Graham description of finland Swede who should have taken 100,000 Norwegians to Jesus.

Lack decline started 8 October 75 years ago , and lasted until the war years. But who was really Mang , and why did he awaken 30th century people? popular meetings

- Lack decline meant a lot to Oslo, but also outside the capital . And Missionary Association had the pleasure of standing in the midst of it, says the principal at Ansgar School in Kristiansand, Bjørn Øyvind Fjeld.

In brief revival started in Norway with a Sunday meeting in Oslo Mission Church Bethlehem Meeting facilities , which at that time was in Mariboesgate in Oslo. As the fame of Mang began to spread, the meetings were so popular that a giant tent with room for 4,000 people was set up by Trikkestallen on Major living in Oslo. During periods were held meetings six days a week , and the unchurched and people belonging to other denominations than the Norwegian missionary associations participated.

Mang however, was popular even outside Norway . Not least in home country Finland, Sweden , where he held a major event series in several major cities. But in the United States . - In Chicago he filled Moodykirken , and stood in the middle of a fierce revival also there. Many were strongly influenced by the American preacher AB Simpson, who was one of the most influential preachers of the century and beyond , says Ivar Overgaard .

Øvergaard grew up in Bethlehem, and was pastor there since . Today he is pastor of the Mission Church in Stavanger. The church celebrates this year its 70th birthday and is a direct offshoot of the revival that took place on 30 - and 40 's. Although Øvergaard are too young to remember Lack weakening , he has met many more times .

- What was it like Mang prison ? - Frank Mang had an incredible ability to be concise , succinct, dynamic and intellectual in his approach . At the same time , he had a tremendous ability to hit people right where they were in their daily lives.

Øvergaard remember one very well what he was thinking when Frank Mang participated in the program "This Is Your Life " with Anny Skaug and Tusse Harald Berg . - When he stood with them on stage , it struck me that there was a spiritual atomic sphere by Mang . He had an authority that was what we might call the " low key " - even though he was dramatic , he was not directly played on your emotions . He had a low-key manner of speaking , and a rare narrative potential . Mang embraced absolutely everyone and got the ears of young people as much as the elderly , says Øvergaard .

It is said that many contributed to greater openness to charismatic element in the Mission League. - Missionary Association has a huge Plymouth tradition, and some of the older ones were not as happy Pentecostal traits that came in with Frank Mang says Ansgar principal Fjeld. - Especially in Sweden Mission Covenant relatively conservative and somewhat stiff, and there was some discussion about whether Mang heard in this environment . He also traveled much among Pentecostals in Sweden and Norway , but all the time he was an ecumenical man tells Øvergaard .

He firmly believes that Mang had a charismatic element in it.

- Mang had a very clear view that faith is a spiritual life . I remember well that I was seated in Bethlehem in the '60s , when he turned to the assembly and said, " Nine forgotten that celebrate Hallelujah here in Bethlehem ." He experienced enough that the meeting was quite stiff , says Øvergaard .

Many work as mentioned simultaneously in four countries , Sweden, Norway , USA and Finland. And already in the last half of the 30th century, many began to feel himself tired. He saw little of his wife Karin and their three children Runar , Margaretha and Christian .

In 1947 he was sent to hospital with bleeding ulcers after a series of meetings in New York, and afterwards came a long stay at Lovisenberg hospital in Oslo.

It was here many began to write his book about life - Song of Life .

In his circle were divorce suppressed , and many saw this as he does not really concerned someone.

- Many people talk a lot about life in the Holy Spirit. When I was young and was ordained to the service , he gathered a group of aspiring pastors and told us about how his mental life had fluctuated between highest peak and deepest valley . As youth pastors , we were deeply touched by many and he testified about his spiritual life with God , telling Øvergaard .

"Frank Mang has not had an easy road to walk. He could have been bitter. Instead, he not only kept the faith , but in God's hands become a prophet in our own time , a carrier of the sacred fire , constantly renewed through ever again having surrendered to the Lord, "says Margareta Malmgren about Mang . For while many stairs down on public appearances , many felt that he could have a job counselor . He was an active writer in this field , and gave out the evangelical magazine " Word" in Finland , which was to reach out to the circuits that had moved away from the church and Christianity . In Sweden, many began to write articles for several newspapers. Among other things he had for 23 years a separate column in the Swedish journal in which he answered reader questions during the vignette " in confidence ". The last years of his life had many experience a new public sphere in its own television series . Here he spoke and answered questions looking .

- Mang was one of the most used commentators in the Swedish media. He was a commentator , one that you asked for advice , and one that answered basic questions that ordinary people had , says Ivar Overgaard .

In Oslo results by Mang still visible. Cosmopolite club to inhabit today instead that Bethlehem opened as church property in 1938 in Møllergaten 26 The place had 1700 seats. Something that was absolutely necessary, as Bethlehem had grown strong from a very short time . Today keeps Bethlehem to Geitmyrsveien in Oslo, but are in the process of building a brand new church in the town Abildsø Østensjø .

The tremendous growth has nevertheless also caused major challenges for the churches which had multiplied their membership.

- When the majority of people choose God in a particular age of life, wandering the generations through the life of the church. If churches do not get refills , this becomes a problem. And all the churches who experienced revival has had major challenges with this, as they did not belong to the group might feel a little strange , admits Øvergaard .

Even the "best" can be divorced , here are at least two about that than to succeed . But when the divorce is a fact , what then? Then we have to hold my tongue right in the mouth , and not be led by emotions and what others think , but the word of God .

Psalm 18:3 The LORD is my rock and my fortress and my deliverer , my God is my rock , in whom I trust, my shield and the horn of my salvation , my stronghold .

Psalm 138:2 I will throw myself down toward your holy temple , and I will praise thy name for thy lovingkindness and for thy truth's sake : for thou hast made ​​thy word delightful, above all thy name .

What should one do then , especially you, man ? Ask a man be brought together or live single. This made Frank Mang , a model and pattern for when other believers. Scripture is so abundantly clear here . Whether reconciled with his first wife and straight , or live single. Initiates than a new relationship or marry a divorced than living in adultery ! Is this easy ? Impossible for man in himself, entirely possible for God , only than will their lives and in the Lord hands!