Today's "grace - preaching " will ultimately take you to hell !

Pastor Åge Åleskjær has " taken " mercy ministry to new heights with his books and preaching. The Bible describes this as Nicolaitans and Balaam's teaching and preaching , as today's Protestant Christianity is becoming more and more influenced and infiltrated by . 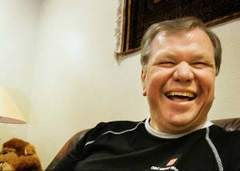 From Wikipedia : Grace Christian theological term that does God's forgiving love. The understanding of the word grace, as used in the Bible has its origin in the oriental autocratic royal Board. That a king showed mercy always meant that he personally intervened in a person's life and directly gave him no direct or forgave him all the blame . The Bible describes God's grace always immediate intervention , assistance and gift. To stand in grace is to be in an immediate personal relationship with God , where God is the giver and maintains

Grace is the biblical meaning no opposite to our own deeds to please God . Therefore, grace also "the way " to do the " deserving " of God's favor and delight !

Titus 2 11 For the grace of God bringeth salvation hath appeared to all men, 12 Teaching us that, denying ungodliness and worldly lusts, we should live soberly , righteously, and godly in this present world

Notice that God's grace both saves and transforms us, Hallelujah .

Ephesians 2 8 For by grace are ye saved through faith, and that not of yourselves: it is the gift of God , 9 not of works , lest any man should boast.

Charis is the Greek word for grace. It means: Favor or kindness.

Actually, then started the false grace preaching with Luther and the reformers .

This can be misunderstood . I think that Luther and the Reformers were raised up by God , but they went too far and opened up new interpretations of God's word which has also led into a larger error than the Catholic Church and others that they have exited . The balance and the balance test was with the Catholic church and those who went before , got lost along the way and today has ended in a Protestant error greater than that which was during the Middle Ages . There all really today is allowed, it is Nicolaitans and Balaam preaching Protestant Christianity today is becoming more and more influenced and infiltrated by .

Apostasy took off from the Reformation by " grace " was too "big" .

Here is an example : If the Lutheran Reformation, marriage is first and foremost seen as a " worldly " that had to do with reason and of government . For Katolikere was a sacrament . We know that Luther and his co-worker allowed divorce and remarriage in a large scale as opposed to the Catholic church. Thus began falling away from the true and living faith in a much greater extent than ever before. Dropping fragile momentum, and this we see today .

Luther went too far in the direction of accepting both divorce and remarriage . One finds in him openings for this far out over the two possible cases NT mentions of divorce . A certain casuistic tendency can be traced in Luther. That he set up long lists of possible divorce causes that are acceptable in terms of a new marriage . This nonsense also held Barratt and other Protestants in with . Today there is little such things as remarriage is more or less completely accepted. Unfortunately , most reformers largely followed Luther.

Current practice is not only divisive , but it will make ward ceases and is set aside for their God-given mission to be the pillar and foundation. How far into the night we arrived?

1 Timothy 3:15 But if I tarry long , that thou mayest know how thou oughtest to behave thyself in the house of God , which is the living God , the pillar and foundation.

Luther's ministry and preaching was as a reaction to Catholicism . But at the same time so went too far for many things. Luther would remove many books of the Bible , including James and others. We see that the Kimmer that he filed has now evolved to be ripe for judgment which today is almost everything allowed. What is not allowed among Christians and believers today ? And especially among all the Protestant churches and denominations ? No warns against anything or anyone anymore, everyone is friends and at full speed into the harlot church where everyone "love" each other but do not love Jesus and God's word . Jesus is God's word , and it is impossible to love him without love and live by the word of God in all aspects .

Joh 14:21 He that hath my commandments, and keepeth them , he it is that loveth me : and he that loveth me shall be loved of my Father, and I will love him and manifest myself to him .

1 Cor . 7 10 The married I command , yet not I, but the Lord , that a wife should not separate herself from her husband ; 11 but she is separated from him when she abide, being unmarried or be reconciled herself with her ​​husband - and that a man shall put away his wife.

Notice the Apostle Paul says that this command the Lord , that is Jesus. At an after divorce either be reconciled to their spouse or live single. And change this is like opening up the demons in God's church wide open and will no longer be the church properly , the pillar and foundation ! Today's preaching here in Norway , not least among the Free Church will ultimately take you to hell !

And it's bad that people who think they are on the way to the New Jerusalem , but they'll never reach it they never said no to his own flesh and the world!