Nr. 454: RomeriksChurch (formerly Oslo Christian Center) is a church or church that stands for Satan, not God!

RomeriksChurch (formerly Oslo Christian Center) is a church or church that stands for Satan, not God!

Did Pastor Aage Åleskjær on the radio the other day in the Echo program where he claims that he did in the 80's that God wants us to be rich not only in the world but also in this world. I said it once at the opening of this article that YY is and remains a person that does not go with God but Satan with such teachings. God is, but he is with us as much if we are rich or poor in this world, our salaries and everything is first and foremost a blessing waiting. 1 Peter 1:4 to an incorruptible and undefiled and uvisnelig heritage, which is hidden in heaven for you, 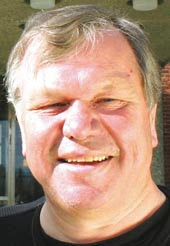 1 Timothy 5:15 For some have already turned away by Satan. 1 Timothy 1:20, among these are Hymeneus and Alexander, whom I have delivered unto Satan, that they may be chastised for not to blaspheme.

Pastor Aage Åleskjær and Romeriksåsen Church never talk about that which is uncomfortable and supportive of the "modern" man, they reveal not bar by what they say. But also by what they do not speak.

Glory Theology living among Charismatics today as well as in the 80's, they are and remain the false prophets of the time, these should we repent from scripture says.

Wipe your smile Pastor Aage Åleskjær, you and other so-called Christian ministers are responsible for the safe millions of believers have been misled. And sits on many a Christian life that is like a ruin. God never promised us exclusive economic progress on this earth, He blesses us!

YY smiles and manipulative, his doctrine of devils learn and seducing spirits behind (1 Tim. 4 1 ff). What he said on Echo and has said before that the sign of God's blessing is material blessing is and remains something that is changeable and what to love and proclaim this is a powerful delusion so that they make such on Romeriksåsen Church and Pastor Aage Åleskjær.

What is so wrong and unbiblical? There are two things I want to focus on:

1) Trosforkynnerne as Pastor Aage Åleskjær, Pastor Jan Hanvold and other religious preachers enrich themselves by being preachers with lots of heresy.

2) To love and to teach that it is a so-called Christian teaching to get rich, blessed, and live in financial abundance is not Christian and biblical teachings. Nor be rich to give it away and to "then". All this is and remains unbiblical

This is not something new I lead, but rain never the Charismatic / Christian preaching with Pastor Aage Åleskjær and Romeriksåsen Church for a true Christian congregation or preaching, never! I believe in both material blessings and healing, but not at all in the way that Pastor Aage Åleskjær conveys it and enrich themselves at that!