Nr. 455: Preacher Ivar Helmersen on Channel 10 and Channel Gospel has fallen deeper than even alcoholics and drug addicts which was before the most radical preacher but is now living in adultery, but is still preaching!

Nr. 455:
Preacher Ivar Helmersen on Channel 10 and Channel Gospel has fallen deeper than even alcoholics and drug addicts which was before the most radical preacher but is now living in adultery, but is still preaching!

Here picture of Evangelist and Bible teacher Ivar Helmersen Mandal in southern Norway, he is originally from Reine. Remarried, while the first wife lives, everything that a Christian and a preacher. 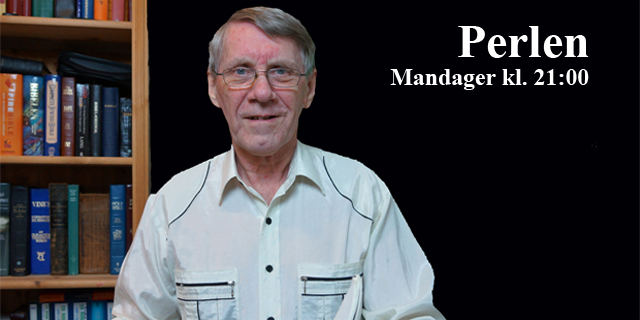 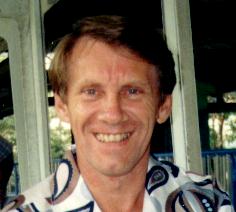 Before the most radical preacher, today quite liberal, not least with his own life.

Jesus was most infuriated the Pharisees and the scribes, why? For the custom message always so they walked free. It fits Helmersen excellent inn. He taught that even the non-believers if they were saved as they should if possible be separated when their second marriage was not valid. Tougher than the word of God as I see it. It is what one does as a believer that one should be held accountable for.

A hypocrite is a person who is false, hypocritical person. When Helmersen before being separated warns against remarriage, even for non-believers. And at least for the believer. If even signs, sits on the plane to Thailand, pick up a new woman. "Married" himself and staples new famille. Provides the book / pamphlet in which he now defends remarriage! FOR a hypocrite and hypocritical PERSON.

The mention of him on channel 10, is the following: "The Tabernacle is a teaching series, where Ivar Helmersen provides an in-depth look at God's word. The programs broadcast every Monday at 21:30. "

Depth Glance at the word of God clearly says that a minister, director and teacher should be a woman's husband. Helmersen and all others who have re-married as believers are not. Which depth look you get then? I'm sorry to say it, of course it is sad. But the word of God clearly says that remarriage of a minister and director are totally against scripture. And Helmersen have nor under any circumstances law to remarry when scripture says that he will live either solitary or reconcile with his wife (first wife and straight).

Helmersen a heresies worse than most that adapts the word of God according to the life he leads at all times!

Church of God follows unfortunately not in class. Helmersen warned before against the life he now lives. When there is zero credibility to have him in meetings, on the Gospel Channel or Channel 10 Depth gaze is thus not aimed at than yourself, but to everyone else? For a spiritual confusion and Babylon.

A hypocrite who Helmersen, I am ashamed

As I was now on the road and walked with the Lord in the middle and late 1980s so I had several conversations with Ivar Helmersen and Evangelist Bjorn Hagen who is divorced today. They taught me that after all was young and somewhat new to the road. Both stood firm on what God's word said that remarriage is not pleasing to God, and even to marry a remarriage is to commit adultery. All this was good!

But as a result of being tried, what?

Proverbs 24:10 Showing you dig discouraged in the day, then your power ring.

Helmersen should have depth look into the word of God, while he was in the trying time choose the easiest way and the way the flesh, talk about double morals!

Double moral champion Ivar Helmersen has Bible-study should have been advertising, no depth look at God's word.

Helmersen and unfortunately too many Christians emphasize certain ideals, but did not live up to them. Tragically, now everything is soon allowed but writing has spoken about this:

2 Tim. 4. 3 For the time will come when they will not endure the healthy doctrine, but after their own lusts take themselves teachers in droves, having itching ears, 4 and they shall turn away their ears from the truth, and be turned unto fables.

It is a spiritual adventure it Helmersen doing that will cause both him and see who hear and follow him straight to perdition, I'm afraid. It's playing Russian roulette spiritually both their own and others' lives.

What about those who were warned by Preacher Helmersen before, but he lives so today against what he spoke about was sin? They must he really be responsible to. What does he do? Continuing that nothing has happened and he has free access within its many believers and churches liers. Talk about living in a delusion, a gigantic delusion!

I wrote an article a few years ago about whether to pay the price, or withdraw. We must count the cost of going to God, or will we leave each. The choice is yours and mine. We all face to take up our cross to follow the Lord, and to direct our lives according to God's word. And do not do that Helmersen made, adapted their lives after the flesh, and then totally changed their doctrine. All of it should fit to live out a fornication! Homosexuals and others are almost better than Helmersen and peers. They have an opinion, it is they. Helmersen had an opinion, it was he. Then swap the contrary, a new woman into bed. When a new doctrine and a new biblical vision. But there is no obstacle in the day, it is just to keep working. "God is!". Of course, not God, this is a hypocrisy, double standards and everything else that is of the flesh and Satan! Have even told Helmersen that if he does not repent will and should he withdraw from everything ministry. So he did not just have the intellectual powers of sex and double standards in their own lives, but transmits it further and further contaminate the entire Christian world with this tube is too!