Nr. 331: Evangelist and Bible teacher Ivar Helmersen from Mandal is re-married as believers but is used as a preacher and Gospel Channel contrary to God's word speaks of an overseer should be a one woman man!

Nr. 331:
Evangelist and Bible teacher Ivar Helmersen from Mandal is re-married as believers but is used as a preacher and Gospel Channel contrary to God's word speaks of an overseer should be a one woman man! 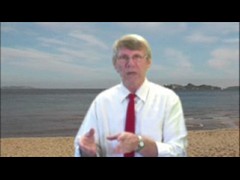 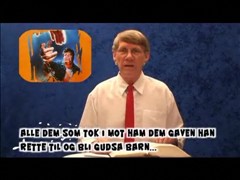 1. Tim 3 1. It is a trustworthy saying: If anyone desires a supervisory office, when he wanted a good deed. 2a Therefore, an overseer to be blameless, husband of one wife, 4 one who manages his own household well and have obedient children, with all modesty 5 - but if anyone does not know how to rule his own house, how can he care for God's church? - 7 But he will, and good testimony of those who are outside, lest he be ridiculed and fall into the devil's snare. 5. 6 but the one who lives according to their desires, the living dead. 8 But if any provide not for his own, and most of his household, he hath denied the faith and is worse than an infidel.

Ivar Helmersen write this about himself: My name is Ivar Helmersen born on 15.02. 1945 in Reine in Lofoten. Come to Mandal in 1960. I was saved the 18.02. 1972 at a meeting in Salem Mandal. speaker was Gabriel Holt. And I add, signs, and then travels to Asia to meet a new woman to satisfy their appetites. Paul speaks of those who have the belly (read lusts) to god, this is true, accurate here.

This is from my commentaries Philip Wiper letter 3 18 I've said it often and have to say it again with tears that there are many live as enemies of the cross of Christ. It's a pain to see that other believers fall short, like time after time. We are a body, when a member suffers and feels pain spread it over all others. Psalm 119 158 I look with loathing at the faithless, do not keep your word. Unfortunately there are still "Judas" who walks among the believers, who do not have the wedding garment on. But we must distinguish between misleading and being misled. And between cheaters and those which fail to. 19 They end up in hell, they have the stomach to the god and takes pride in what is a shame for them, and they are only concerned with earthly things. It shows, unfortunately, time and again that there are too many people take so lightly on everything. God is rich enough for all but one have to open up and let him in.. When pleasure and deeds of the flesh can take root even in the believer's heart and mind. This can and will perish if you do not repent again (Ezekiel 33). 20 But we have our citizenship in heaven, and from there we expect the Lord Jesus Christ as Savior. We are on our pilgrimage here, the heavenly promised land is waiting. We have a citizen right here down, but it is temporary and not our real civil rights. It is the new Jerusalem in heaven we be civil rights. We are waiting for Jesus but he is waiting for God our Father will say to the Son, go and fetch them. What day it must be. 21 He will transform our weak and transitory body so it will be similar to the body of his in glory. For he has the power to subdue all. After the fall came death, disease and transience in. It was not just some of our intellectual life was darkened, and our minds were unenlightened to spiritual truths. Even our bodies are not lagged longer to live forever was God's idea with us. Therefore, we get a whole new body that we should bear in all eternity, a brand-new. For God nothing is impossible. He who has created everything and sustains everything will one day transform according to his own pleasure and for our good.

Bible Teacher and Evangelist Ivar Helmersen have made themselves unfit to teach, period!

We need and should not do this hard, or? Helmersen has not succeeded either, wanted or wanted to live as God's word says. That one will either unite or remain single after a breakup as a believer. And whoever marries a divorced commits adultery is an adulterer. And we will not even eat with such a teacher writing. Therefore it is completely wrong and unbiblical that he will have the opportunity that unfortunately more and more divorced and gjengiftetde believers hold on to be teachers of others. This is and remains deplorable and unbiblical. That they do not see it for yourself is bad. But those who support these and give them confidence in being an accomplice to their evil deeds and will experience some of the same judgment of and from God!

Adam sinned, his sin was "small" but the consequences were awesome and huge!

It is not that God believes that the homosexual is doing a great sin but those who get married again as believers a little sin. Both sins disqualify than to be a believer and not least a preacher. Here in Helmersen case they were both believers who were separated and when they got married, therefore they do against the better judgment will. And then there is no sacrifice for sin, God's Word speaks about.

My commentaries Hebrews 10 26 Synder, we deliberately after we learned the truth, then there is no longer any sacrifice for sins. What is sin, the one that will not accept Jesus and some of the Jews would return to the law after they had recognized Jesus as savior. Thus it was not save anymore to get as they stood outside of grace. If one tries to keep parts of the Act will not help to God. Adventists claim that one must keep the Sabbath and matforskriftene as part of salvation, this is heresy and equally repugnant to the Lord as living in blatant sin. 27 Terrible is what we have in store: the judgment of God and the burning fire that will consume those who resist him. God's Word stands firm and does not change, and judgment belongs to God. Joshua 1 18 Every one that sits up against you and are disobedient to your commands, what you command him, he will die. Only be strong and courageous! " 28 When someone rejects the law of Moses, he meets no mercy, but to die in two or three witnesses. Mosaic law was fair and it was good. It also shows us how God looks at sin, injustice and haughtiness. He judges the same way that its origin Satan. 29 How much more severe punishment do you think it deserves not having met the Son of God under foot, profaned the blood covenant that he has been sanctified by, and blasphemed the Spirit of grace? This here is a strange word for today's Christians. But God hates sin as much as in the OT in the NT. When someone turns away from Christ, mocks one Spirit of grace. Has a first learned to know Christ as we read in James. 4. 5 Or do you think there are empty words when Scripture says, With holy zeal, God requires the spirit he has made to dwell in us. Who sins against the Holy Spirit and mocks the Spirit of grace? Those who turn away from Christ after having learned to know him! Who can be forgiven for having insulted the Spirit of grace and sin against the Holy Spirit? Who can be forgiven for having committed adultery, had an evil eye, slandered, lied even more? All who turn to Christ before moving out of time will receive a 100% cleansing and forgiveness. What matters is whether converted to Christ and is related to him. Christ forgives all sins just turn to him! 30 We know him who said: "The punishment is mine, I will repay." And further: "The Lord shall judge his people." However, when we had gone into the depths of the Hebrews, there are many important lessons to take with you. These here were people who once knew Jesus and believed in the free grace in Christ. But returning to Judaism or part of the law. They were the same distance away from God as thieves, murderers, adulterers, slanderers, and others who lived in sin. 31 It is a fearful thing to fall into the hands of the living God! Who is this act to? It is terrible to fall into the hands of the living God! It is said of people who turned away from Christ after having learned to know him. And it was not known as major sins they did, but they kept the law or part of the law. We also have such spiritual direction like this in Norway as Adventists, some Lutheran and others who want to keep the law or part of the law. How does God feel about these? With disgust and he will not acknowledge them. As if one would keep the law or part of the law as a believer. Gal. 5. 4 You who will become the righteousness of God by the law, is separated from Christ, ye are fallen from grace.

Helmersen and like-minded sins against his better judgment and the will mocking God with it!

It does nothing to confess his sin if one still cling to it. Jesus said again and again after he forgave people their sins, "Go and sin no more!". It is and remains a large and Satanic delusion that one thinks it is perfectly all right to sin after one has asked God for forgiveness, it looks like. But it is certainly not. God requires obedience, and particularly in those who will stand close to him! Helmersen has not lived up to God's standard for a preacher and a believer and has therefore set itself without passing both God and to preach the word of God. This is not just for his sake, but for outsiders to gain respect, repent and seek God on a straight and true. We read what Paul wrote to Timothy: "But he will, and good testimony of those who are outside, lest he be ridiculed and fall into the devil's snare." One does not have a good testimony as Helmersen lived, stand here in Norway and travels to the Far East to meet a new woman. This is so shameful and so incomprehensible that this must be discussed publicly warned against and such should never be allowed either to stand on a soapbox, be on the Gospel Channel, or other places to preach the word of God when he did not live as God's word teacher. We will subdue our flesh so that we are a testimony to others and even the rock for God!

1. Kor. 9. 27 but I subdues my body and keep it in bondage, lest I preach to others, even should be a castaway.