Matt. 24. 45 Who then is the faithful and wise servant, whom his lord has set over his servants to give them their food in due season? 46 Blessed is that servant whom his master finds doing so when he comes. 47 Verily I say unto you, He will set him over all that he owns. 48 But if that evil servant shall say in his heart, My lord, give her time, 49 and then give him to beat his fellow servants and eat and drink with the drinkers, 50 then the servant's master will come a day he did not expect, and an hour he did not know, 51 and cut him asunder, and give him lots and share with the hypocrites: there shall be weeping and gnashing of teeth.

Øivind Benestad offsets what is true and correct therefore everything he stands for and represents a deception! Øivind Benestad, project manager for the website MorFarBarn.no, has started the signature campaign "No to the marriage liturgy for same-sex marriage." Monday 18 \ 6-2012 he was a guest in Studio Direct. 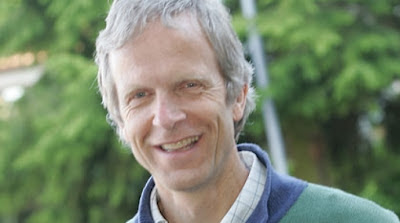 Øivind Benestad, I heard the Vision Norway who said that the homosexuals and their sins were the deadliest and ugliest sin freely translated. It was as a lever for all other sins (this is the literal rendering) and thus for Satan. This is a shift and not true, the real truth is that there is a remarriage among the faithful and especially among preachers and those who will teach others is that this break rod. Who holds that the Antichrist can not and should come forward? The church as it is truth, support and foundation, not what the world's children are doing.

The homosexual is being blamed for everything almost like the Jews have had it before, among the Christians!

It's bad for homosexuals, but much of the problems they are doing is still something that destroys most of them. But divorce and remarriage among heterosexuals where there are children involved is without doubt what is the most serious sin among men today. And there is nothing to create such effects as remarriage, especially when it is "new" children. Why has not Øivind Benestad and some other focus here? Are they cowards or do they not?

During the upcoming 1000 årsrike no priests and preachers to be re-married or married to a divorcee.

We read that writing provides a clear testimony of the priest in the Old Covenant how he should live, who stood in the same responsibility before God and their fellow man as the preacher and supervising the man standing in the new covenant. 3. Genesis 9:14 p.m.: "A widow or a divorced or a dishonored woman or a prostitute - something he must not marry. Only a virgin of his people shall he take to wife. " We read that God gives the same testimony and require the same of the priest during the upcoming 1000 årsriket to serve the people of Jerusalem in Israel, where the law shall go forth from it. Ezekiel 44:22: "A widow or a woman that her husband has divorced from, they will not take a wife, but only virgins of Israel. But they can take a widow who is the widow of a priest. " When Scripture is so clear when it comes to the priest of the old covenant and the 1000-årsriket, it is no less clear when it comes to the church-time household, we who live in the loveliest and greatest privilege of all, "one woman man." As the Scripture says that it is demonic and forførisk refusing a minister and overseer to marry (1 Tim. 4:1), it is to come under the same negative conditions to accept and allowed the preachers to marry again while the spouse lives. It is only by death that it may be appropriate for an overseer to marry again, and then with one who is not divorced!

In the natural area as we eat is not a heavy dinner to breakfast or pork to St. his? It's just the way Benestad and peers are doing. They say something is true, yet turn a lie. The focus is not on the right, but they blow up what is in the periphery. Benestad is a wolf in sheep's clothing. It also shows he is by being so lenient and not very closely by setting up with the false prophet in January Hanvold! Birds of a feather flock together says the proverb. Why he points not Hanvolds sin which is a mega adulterer? Cowardice and cowardice again, or he lacks insight and knowledge of the living God? No one who has the living God, set up Vision Norway or other channels whose leader lives in sin.

Benestad is a cheat to have more spiritual insight

If a venture into a fight, so one must be prepared and fit for the match. Here, Benestad errors. He puts excessive emphasis on what is in the periphery (what the homosexual engages with), but it will be the main focus (remarriage among the faithful, especially preachers) virtually ignores him and belittle. There he mentions in passing. He shows by this that he is the Devil's manager!

Benestad is not the word of God

God's word speaks to penalize those who are within its, who confesses the name of Jesus. While the world's children, we will have a slower compared to when their sin is not to accept Jesus and be saved. Therefore it will be to just say that the homosexual is like a lever and gets blamed for every sin and evil as to say that the Jews are to blame for all problems in the world. It is as distant and reprehensible, Benestad Satan runs errands and have a warped and unbiblical view of God's word. He proves it by going in tandem with the false prophet Hanvold January, something that everyone else is doing that pops up on his channel and in with him.

1. Kor. 5. 9 I wrote in the letter to you that you should not have anything to do with people living in adultery. 10 I did not mean everyone in this world sexually immoral or greedy, or robbers, and idolaters. Then must ye needs go out of the world. 11 What I meant by what I wrote was that you should not be reviewed one called brother, and who still live in adultery or greedy, or is an idolater, projectors, drunkard, or robber. These shall ye not eat. 12 What have I to judge outsiders? Is it not those who are within, you shall judge? 13 Those who are outside, God will judge. Get as the evil away from you!

We clearly see the pattern in the word of God, the church's support of truth and the foundation so it is the church's responsibility to be salt and light in this world. And show what is right and wrong, therefore, remarriage among the believers and to marry a divorced the bulk of what is sin and apostasy. And in particular how the preachers, pastors and those who will lead and teach others live and learn. They are a pattern for the flock, and when in a positive sense. Benestad and peers shift things and thus, Priest and debater Øivind Benestad a facilitator Devil!