Nr. 268: IS THE NORWEGIAN PEOPLE ABOUT TO BE THAT Romans Roman Empire went under?

IS THE NORWEGIAN PEOPLE ABOUT TO BE THAT Romans Roman Empire went under?

Word. 14. 34 Justice ophøier a nation, but sin is reproach peoples. 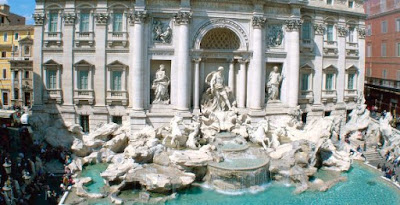 If we look at the Roman Empire which is the largest, most comprehensive and the kingdom which has ruled the world long ago. Then they came also to an end. We read about this several places. Here an excerpt from the Great Norwegian Encyclopaedia: Odoacer, Germanic army in the service of the Western Roman Emperor in Ravenna. In the 476 did the Germanic mercenaries rebelled, deposed Emperor Romulus Augustulus and Odoacer was proclaimed king. He was approved as controls in Italy by the Byzantine emperor, but this was the 489 ostrogotiske king Theodoric to go to Italy. After three years of struggle came to the settlement between Odoacer and Theodoric, but Theodoric broke the agreement and killed Odoacer. Odoacer was an able administrator and respected the Catholic Church even though he himself was Arian. Year of Odoacer coup, 476, has previously often marked the western Roman destruction of the kingdom and thus time-shift-medieval antiquity.

Here also the same theme: Constantine experienced kristenforfølgelsene under Diocletian and Galerius at close range and is probably been impressed with the new religion's strength and the new god's power. Therefore, he wanted to make Christianity into a support for the empire. Along with Licinius in 313 he issued the so-called Edict of Milan, who secured the general freedom of religion and led to some privileges of Christians. In the years that followed, Constantine went to the west further and further in this direction: the church was to receive bequests, Sunday, public holiday (321), coins were Christian symbols, etc. Licinius in his hand riksdel persecuted the Christians again. As ruler of the East from 314 Constantine seemed even more obvious to the church's advantage. He wanted the church's unity of the kingdom's sake, and engaged in the struggle against Donatism and Arianism, the council of Nicaea (Nicaea) in 325 was convened by Constantine, whose attitude has its natural continuation in Christianity becoming the state religion and in Caesaropapism. It is difficult to judge Constantine's personal religion. As Pontifex Maximus he remained leader of the pagan religion of nature. He made the first baptism on his deathbed, but it was not unusual. Surely he was no cynic who only exploited Christianity; that future people he was concerned about living gods and the supernatural, and from 312, he probably felt designated by the Christian god to rule the kingdom. Konstantin often linked to the clergy, and was a friend of the bishop and church historian Evsebios of Caesarea, who wrote a highly flattering biography of Constantine. (End of quote).

Although Christianity was recognized and accepted the Roman Empire fell in together!

Why? First there was the name of Christianity, the true believers were persecuted, killed and utfrosset by the Catholic church and the state power. Are there parallels to Norway today? Yes, many. It applies only to have eyes to it. Let me take some examples:

1) It is the state church that prevailed under the Roman Empire after ca. years 324, 150 years before the Roman Empire fell in the year 476, when Emperor Romulus Augustulus fall for german shoulder Odoacer. In Norway, an apostate and lukewarm State church that is dominant in the public domain. Just as little as the Roman Catholic Church brought the revival of the Roman Empire, the Norwegian Lutheran Church bringing revival to Norway. For the early Christians, many doctrines that the Catholic Church introduced quite early in its history, these became more and more crystallized unthinkable and totally incompatible with a true Christian faith. Such doctrines as a triune God, the immortality of the soul, Pope judge and ecclesiastical hierarchy, a fiery hell, etc. This was not the Apostles and the Prophet's teachings, much less Jesus's teaching and preaching preaching belief in one God, man is immortal only through faith in Jesus, we believers are brothers among brothers, which all have something to say and no one is standing over each other and can claim to be superior to anyone.

2) The Roman Empire had p.g.a. his ways, and otherwise amazing development, scope and knowledge of a wealth and luxury which was unusually large for an entire people. So it is in Norway today that we are getting richer and richer. Yet more and more de-Christianized as the material wealth increases and grows. I'm not saying that it is possible to feel good and also be a believer, but we see here in Norway during the Roman Empire that the wealth and prosperity seems negative and stifling in the spiritual life.

3) Norm solution became more and more visible and increasing in the Roman Empire. Where one had been taken during the Roman structure and greatness of time, was replaced at all was allowed. Brothels and other grew. So it is in Norway. The Norwegians believe that freedom is to be governed by their own desires, but real freedom is to be subject to Christ in one and all.

4) There will always be some enemies that will take over. For the Roman Empire by a relatively small hærmakt which ended their greatness time they did not themselves last. So I am afraid that the same can happen here in Norway if we do not take us in the last. I do not know what will happen to the fullest. But we set aside Jesus in this country even more will take over as any other human being is helpless religiously inclined, we must have something greater than ourselves. What is next for I do not know, can not hope it will be Islam because it is Satan's religion and his "faith."

5) We read about the first Christians who took the Roman Empire with the gospel good news. It went from strength to strength and when the Emperor Constantine adopted Christianity 324-337, it was really because that Christianity had won so great forfeste that it was impossible to stop Christianity's victory once. But by introducing Christianity and make it widely known that he could destroy the Roman Empire and the true believers who would not join the Catholic church who thought at most that were not consistent with a true Christian faith. So it is in Norway today that the true evangelical Christians are being held without a past. While the name of Christians, hypocrites and those who are lukewarm, and who sleep in the spiritual area is "within its". While the true evangelical faith is being held "without the past." The same happened with the Roman Empire will probably happen to Norway if we do not repent in time. It will be the same disastrous consequences for us in Norway rejecting God and choosing our own way!

Rooms. 10. 6 but the righteousness of faith says, Do not say in your heart, Who shall go into heaven - that is, to bring Christ down -? 7 or, Who shall descend into the abyss - that is, to bring Christ up from the dead -? 8 But what does it say? The word is near thee, in thy mouth and in thy heart: that is the word of faith, which we preach, 9 That if you confess with your mouth that Jesus is Lord and believe in your heart that God raised him from the dead, you shall be saved: 10 for with the heart one believes unto righteousness, and with the mouth confession is made unto salvation.

7) The Romans were well-educated, most prominent when it came to building roads, infrastructure, and much more. They were ahead of their time. We see here in Norway p.g.a. oil riches that Norway also builds, plants and get to most places. But the Romans, "forgot" God and grown itself and it became their downfall. We can only hope, believe and pray that it does not happen to us in Norway, but that it is going revival and progress of the gospel!

Norway will if we do not repent (as believers) never get to experience revival and åndsutgytelse. I could have written more, but will say that the Norwegian people need to repent from sin and believe again in Jesus and God's word! Justice ophøier a nation, but sin is reproach peoples.