Nr. 265: Pentecostal Pastor Thor Einar Horn Krogh re-married as believers but Pastor and Bible teacher remains, where will this end?


Pentecostal Pastor Thor Einar Horn Krogh re-married as believers but Pastor and Bible teacher remains, where will this end? 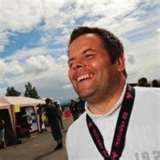 This gjengiftetde preacher was born in 1970 and is now as far as I know Pastor in Evangeliehuset in Porsgrunn. He is also the main Pastor and is divorced and lives with new wife, contrary to the Word of God. Here they take themselves to the right and leads both himself and the church under judgment. How can this be done and now it will soon not just the Pentecostal movement that accepts this, but the whole Protestant Christianity. How bad will it be before some more wake up? This is the description of him by PB: "Thor Einar holds the pastor of Evengeliehuset Porsgrunn. Thor Einar is a great communicator and has a relevant biblical message that hit people right in the heart. " Here he describes himself: "I am a follower of Jesus, married to the world's most wonderful wife and have 3 beautiful daughters. I work as a pastor and speaker. " But why withholds a fact that he is divorced and re married? Just like so many others, but the last place those re-married as believers should be to stand on a soapbox and teach others. How bad will it be before some more wake up?

The Pentecostal movement is shallow in doctrine and faith issues

Where will this end?

Now there are so many who are married to be faithful and living in adultery among Pentecostal own preachers. Where will this end? Is there no one who takes responsibility and look development? Or is it just run away and pretend that Laodicea church was that God was with but he was far without passing, it's been like this!

Not many should become teachers

Jacob 3 1. My brothers! Not many of you become teachers, since I know that we will also heavier judgment!

Does not this today? I think. If one fails to conformed his own house and keep track of his own life in the parlor, is not fit and should not be a pastor and teacher. We will not eat even in conjunction with them, then as sisters and brothers in the Lord. This is the clear message of Scripture, that I shall relate to. Not what the Pentecostal doctrine and practice, it will end in horror and dismay if one follows this practice and to learn that the Pentecostal movement in Norway leads. God is good, but he is also strict. Therefore, it is about making sure we do our job properly and take care of the movement so that the evil and sin do not get a foothold in our lives. But here legalizes and allows a sin.

There is forgiveness, if one repents

It is strange and a large self-deception as a doing, especially the Free Church within its part of Christendom. Where a confession of sin and their mistakes, but do not repent. It is very clear provisions of the word of God how to deal with such as Pentecostal Pastor Thor Einar Horn Krogh. We will not even eat with him, much less have a cup of coffee with him as he likes so well by his own words. We should just boycott him, but what is the case? He is a pastor, Bible teacher and speaker. What is Satan's deception, it opens up and locks sin, spirits and other demons from the tender and the right of church life so that sin is "normal" and not a victorious believer.

Here an excerpt from a previous article I have written about divorced and gjengiftetde preachers, very good article I even say

But anyway is a sign that has been faithful and has a service, there will be stricter criteria. It says there are several places in Paul's teaching that one should be a one woman man (see Pastoral letters). What? James says in his letter chapter 3:1: "My brothers! Not many of you become teachers! For we know that we will have the stricter judgment. "

The responsibility is very great to be a preacher. It's a big difference to be a regular church member and to be preaching. But it is not to act that one is more loved by God, but it has to be true over the responsibility God has given. I believe that God will forgive any sin. But there are other things that need to be considered, a preacher holds any special responsibility. Would someone in a secular context, allowed a pedophile to work with children? No. Equally clear is the Scripture that we should not allow a remarriage preacher to preach to other people with a Pastoral and teaches responsibility. That one is Evangelist such as Many Frank was after he got divorced, we are allowed. But do not be appointed as Pastor, Pastoral or elder. One should not be the leader of the flock and the herd, but be even under a system of inspection.

But when one holds an office as a preacher, so much is required. That's why James says that not many to be preachers. Why can not a preacher taking liberties only at his own expense, he has a special responsibility upon God and their fellow men.

When it comes to marriage, it is not permissible for a minister to marry again under any circumstances, when he was ineligible for the office he has received. It's like an athlete cut off his legs, he is no longer fit to be a sportsman, if he wants. A preacher should be a woman's man, we see Paul teaches about time and time again. (1 Tim. 3.2 and Titus 1:6). Should anything be unclear here, so I recommend submitting a question to our blog or write something yourself there. This should and should have been a common Christian understanding there was gjengiftetde and could go far and round. There are spirits, demonic thereof that follows in the footsteps of loose sexual and moral life.

1. Tim. 4. 1. The Spirit speaketh expressly says that in latter times some shall depart from the faith. They should stick to seducing spirits, and doctrines stemming from evil powers. 2 They are deceived by lying hypocrites that are seared in his conscience. 3 These people refuse to marry and requires that one should stay away from certain types of food, even God has created this so that those who believe and know the truth, shall receive it with thanks. 4 For everything God created is good, and nothing is reprehensible when it is received with thanksgiving. 5 It is sanctified by the word of God and prayer.

There is no question of A and B Christians. Marriage is a God-given scheme, which also shows the relationship between Christ and the church. Therefore it is in the nature here, that there are such large demands. God stands behind his word, so this is an example of something even bigger and richer. Our relationship with Jesus and his relationship with us. So be careful with both the one you marry and you are not soiled your life here. If you live in accordance with God's word here, is the best predicted not that you grow as a believer.

1. Tess. 4. 1. Moreover, brethren, pray, and we admonish you in the Lord Jesus, You have received and learned from us how you should live and be pleasing to God, and so do you live already. But you must make even greater progress in this! 2 You know what commandments we gave you from the Lord Jesus. 3 For this is God's will - your sanctification: You should keep away from fornication, 4 every one should know to win his own wife in holiness and honor, 5 not in the sensual passion as the heathen they know not God. 6 And no need to do his brother wrong or deceive him in these things. Lord punishes all such, we have previously said and put you in anger. 7 For God hath not called us unto uncleanness, but to a holy life. 8 Therefore, whoever rejects this rejects not man but God, who gives you his Holy Spirit.

We read that writing provides a clear testimony of the priest in the Old Covenant how he should live, who stood in the same responsibility before God and their fellow man as the preacher and supervising the man standing in the new covenant. 3. Genesis 9:14 p.m.: "A widow or a divorced or a dishonored woman or a prostitute - something he must not marry. Only a virgin of his people shall he take to wife. "

We read that God gives the same testimony and require the same of the priest during the upcoming 1000 årsriket to serve the people of Jerusalem in Israel, where the law shall go forth from it. Ezekiel 44:22: "A widow or a woman that her husband has divorced from, they will not take a wife, but only virgins of Israel. But they can take a widow who is the widow of a priest. "

When Scripture is so clear when it comes to the priest of the old covenant and the 1000-årsriket, it is no less clear when it comes to the church-time household, we who live in the loveliest and greatest privilege of all, "one woman man." As the Scripture says that it is demonic and forførisk refusing a minister and overseer to marry (1 Tim. 4:1), it is to come under the same negative conditions to accept and allowed the preachers to marry again while the spouse lives. It is only by death that it may be appropriate for an overseer to marry again, and then with one who is not divorced! Among other Derek Prince was a great Bible teacher married a divorcee, those were not God's will. Hopefully he was saved, though he did accept God's will. Assembly of God has also written statues for how to go about ministers who cheat, etc. It was such this that made the great and mighty evangelist Jimmy Swaggart was expelled, which turned out in retrospect was necessary and proper when he was not free his sexdemoner and desires. We must hold ourselves to Jesus and God's word in this time, it will be fine! If not then it ends in apostasy and disaster!