No. 1494: The Planning and Building Agency in Oslo is now using the Oslo Kemner Office against us, which in all dictatorships tries to crack the inhabitants who do not follow orders, even though the public appears corrupt, arrogant and unfit!

No. 1494:
The Planning and Building Agency in Oslo is now using the Oslo Kemner Office against us, which in all dictatorships tries to crack the inhabitants who do not follow orders, even though the public appears corrupt, arrogant and unfit!

Image from Red Khmer (Khmer: Khmer Krahom) (officially Campuchea's Communist Party, later the Democratic Kampuchea Party) was the Communist Party that despaired Cambodia from 1975 to 1979. The leader of the party was Pol Pot. Now we are not killed, but they are trying to crack us down on our wages.
The intention was to eradicate all the "enemies of the revolution", which we obviously are when others are allowed to, among other things. to utilize their land 57 times more than us.
Picture of Pol Pot which was cruel.
But I also do not realize that one can be as cruel and evil as Iver Helmo, Marius Vamnes, Lena Catrine Amdal, Lisbeth Nordli, Astrid Myhra and Government Attorney Elisabeth Sawkins Eikeland. 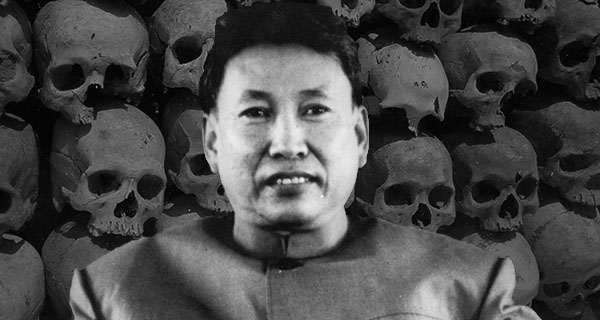 We got this from the Oslo Kemner office today:

The Oslo Chamber of Commerce, Municipal Debt Collection, notes that you do not want a payment agreement with us. We do not have a special prosecutor's authority and cannot decide the deduction of NOK 2000 per month.

The requirement is enforceable. Debt collection will be sent on 06.01.2020. Later, we will send a request for an outlay to Namsfogden in Oslo

To which we replied:

It is clear that we do not want a payment plan, not a penny we will pay voluntarily.

Why?
Because PBE is acting vulgar, lying, does not respond to inquiries.
Only write their own attachments that are full of lies, injustice and they are outright ugly!
http://blog.janchristensen.net/2019/04/nr-2442-vi-er-blitt-forledet-av-pbe.html

They act like we are villains, but they are the ones!

Here everything is turned on our heads, where we should be raised!

The way the public behaves towards us is nothing more than a reader stating that one is behaving in dictator states.

This is not the first time we have experienced.

When the NAV collection was supposed to have money from my sister, they went into my account with their help. We got the money back, the same thing will happen in this case as we have our backs free and have done nothing criminal or lied.
But it has PBE, the Civil Ombudsman and the County Governor, as they try to force us to demolish the wall, stairs and storage rooms and are not at all interested in any solution.

They act against us with hatred, and are completely irrational in their behavior.
This case here has come out completely out of proportion, but they have no sense and sense to sum up and want to have a conversation with us even!