Do not realize that one does not realize that this is a legal security scandal where, of course, the judicial power, is thus responsible. Yes, others have partial responsibilities such as NAV, politicians, media etc.
It is the EU that Norway is aiming for, this happened from 1 January 1994 when the EEA regulations were implanted in Norwegian law and in Norway.
The European Economic Area (EEA) is a collaboration between the European Union (EU) and three of four Member States of the European Free Trade Association (EFTA). The overall aim of the agreement is to link countries outside the EU to the EU internal market. The EEA regulations entered into force on 1 January 1994. 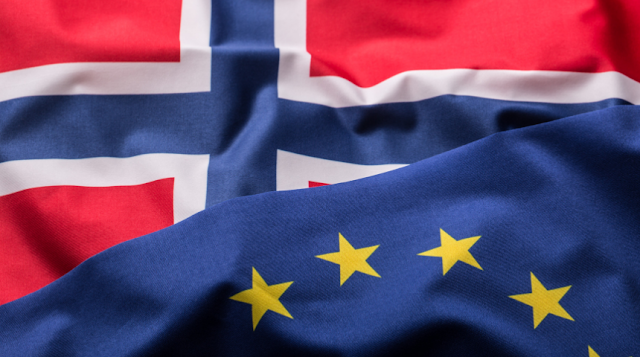 Sent this to a journalist in VG the following, this article applies.

Reads what you write, but neither you nor many understand how Norway works obviously.

The whole of "Norway" can sue each other. Private individuals and government agencies, absolutely everyone.
That's good, and NAV has just done its job.
They have tried to limit payments, that is their job.
I'll put this on the lead of course.
But it is the courts that are the judging, tried and governing body that have really shit on the drag here and this is tragic that you do not understand.

It is misleading to call this a NAV scandal.

Rather, it is a legal security scandal, in which all power institutions fail.

But, even the word "scandal" is not strong enough, for this is about system abuse. In other words, judicial murders are carried out with intent.

And it is a pervasive phenomenon, affecting a great many jurisdictions.

Have a nice weekend!
(Quote end.)

I am surprised that one does not understand that the courts are the highest body, they should control us others. They set the standard and thus have the responsibility.

Anyone can sue a counterpart. Then the case goes to the district court, and possibly further into the court system. The Attorney General has the overall leadership of the prosecuting authority. But it is the judges in the District Court, the Court of Appeal and the Supreme Court who do the job and who are responsible for the entire NAV scandal.

Don't make this article that long. But read here, that the judge's stand in Norway has not brought with them this is ridiculous, primitive and the alarms.

Advocate on the NAV scandal: - Norwegian law is subordinate to the EU

Norway voted no to the EU twice, but was still bound to the Union via the EEA Agreement. It gave us access to the EU internal market, but with the EEA also followed EU laws and regulations.

- The social security scandal is deeply about the denial that Norway underwent a legal revolution in 1994, writes Eirik Vinje in a reader post in VG.

- The so-called NAV scandal is probably the biggest crisis in the legal system after the war. The injustice has been going on for a long time, perhaps from 1994.

- In reality, we introduced a new legal system in Norway by joining the single market. In fact, the parliamentary majority in civilized and formally democratic forms adopted a judicial revolution. For practical justice, the upheaval was probably greater than the introduction of the Constitution in 1814.
Lagt inn av Jan Kåre Christensen kl. 23:53