No. 1503: Woman convicted of far milder statements than what Pastor Jan Aage Torp has come up with above me!

No. 1503:
Woman convicted of far milder statements than what Pastor Jan Aage Torp has come up with above me!

Call someone what Pastor Jan Aage Torp labels me, as "Anders Behring Breivik sympathizer, twin soul and follower". (many, many times).
It is 1 Million times worse than anything that others have ever been hated and harassed for. Others are convicted, Pastor Jan Aage Torp is protected even though he is obviously a criminal and deals with harassment and anger.
It is impossible to call anyone for worse things than what Torp has labeled. It's not possible.
At the same time, Pastor Torp should receive ten times punishment as this is only to spread false rumors and create a charged mood against me. So that everyone would take me!
The man is super-criminal obviously. 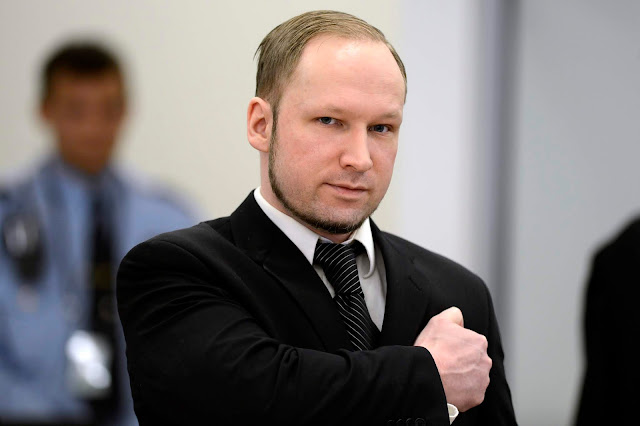 We live in an absurd and corrupt world.
This by the Norwegian Supreme Court.
We read about this here from the Document website.

Look here:
The 71-year-old doesn't have to zone out for writing "corrupt cockroaches" about Sumaya Jirde Ali
https://www.document.no/2020/01/30/71-aring-slipper-a-sone-for-a-ha-skrevet-korrupte-kakerlakk-om-sumaya-jirde-ali/

A 71-year-old woman from Bergen is sentenced in the Supreme Court to 24 days suspended jail for calling debater Sumaya Jirde Ali "your corrupt cockroach".

In Gulating Court of Appeal, the woman was sentenced to 14 days unconditional jail.

- There was no basis for unconditional imprisonment, as the Court of Appeal had come to, and for which the prosecution had argued, the Supreme Court writes in a summary of the verdict.

It was in the comments section of the Facebook group "We who support Sylvi Listhaug" that in the autumn of 2017, the Bergen woman wrote the comment about the Somali community debater. It read: "Damn the black offspring go back to Somalia and stay there your corrupt cockroach."

Look here for what Pastor Jan Aage Torp has called me for and not punished for this, call me "Anders Behring Breivik sympathizer, twin soul and follower". (many, many times).

Here are some of what Jan Aage Torp has called me, not a little:
http://justismord.janchristensen.net/2017/12/nr-47-striden-mellem-meg-og-den-falske.html

"If you want a" wish opponent ", Jan Kåre Christensen is" perfect ".

Furthermore, Torp writes that I am filthy, stalker, totally unintelligent, a bullshit, the "hat-blogger", idiot, demon, lusts, mean-spirited blogger, protagonist who lacks the mind of Christ, ordinary judgment and social intelligence. Rumor JKC and, to say the least, his insight into English and Norwegian is pretty limited too!

I am struck by what low level JKC is acting on…. "

Think, Pastor Jan Aage Torp has admitted everything too, but is not charged or punished for anything.

Torp himself also admitted in his testimony that he also called Christensen on his website both "lies", "idiotic", "rumor spread", "bad", "evil and stupid" and communicates "social pornography" +++ a lot , much more!
Lagt inn av Jan Kåre Christensen kl. 12:18