No. 1463: Will PBE and the public send my wife to Bredtveit Women's Prison, and me to Ila Prison and Detention Center? Then we refuse to pay their rigid submissions!

No. 1463:
Will PBE and the public send my wife to Bredtveit Women's Prison, and me to Ila Prison and Detention Center? Then we refuse to pay their rigid submissions!

The huge and unnecessary opposition from the public will result in them sending my wife to Bredtveit Women's Prison, and me to Ila Prison and Detention Center? Then we refuse to pay their rigid submissions! 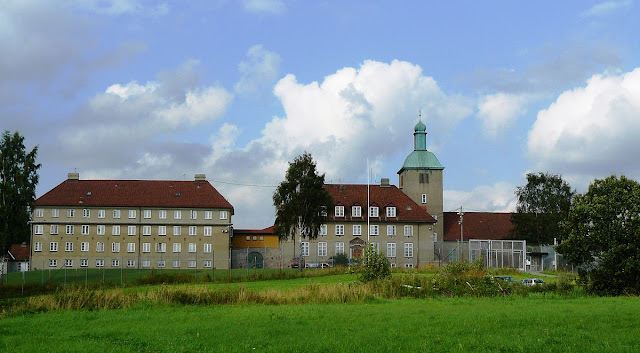 I do not think that all people experience PBE here in Oslo, or the public as difficult, rigid and unjust.
The reason for that is many, largely because, after all, PBE shows up from a far better side than we do.
We are one of the sure part? Many or few? I do not know, as we who have experienced similar things. Maybe we should gather?
I think that is not so easy, as most will just finish the case (s) and get on with life!

In the fairy tale "It's Admitted" by HC Andersen from 1852, a feather of a hen falls on the other side of town after she has peeled herself in the feathers.

"The more I take pills, the better I will be". But the hen next to the neighbor did not sleep and said to the next “there is a hen that will pick, to look good! If I were a rooster, I would despise her! ”

Then both owls and pigeons hear it all, fly over to the other side of town and say that "there is a hen, yes there are some who say that there are two who have picked all the feathers off, not to look like the others, thus attracting the male's attention, "

So, after the story had gone through cocks and bats, there had been “five chickens picking feathers off to show which of them had become the magician's best friend for the rooster, and then they chopped each other to blood and fell died down, to shame and disgrace to their family and to great loss to the owner! ”.

The hen who had lost the little feather she peeled off at the start of the story did not, of course, recognize her own story. And so a feather became five chickens.
(quote at the end.)

The truth of our case is that the public agency is lying, fabricating problems that do not excite and are downright evil against us as they were against Trude Strand Lobben.

We of course refuse to pay fines / fines of now 20,000 kroner and next to maturity on 15 October of 35,000 kroner, as they now also want to include stairs as an "illegality case" even though the municipality of Oslo is the "criminal" "And that is the cause of this conflict. Not least that it has become so "big". This could and should have been solved much earlier, but they would not even meet us for meetings. Far less come to fears that we have asked them repeatedly to meet them for a dialogue and have resolved this matter.

There are several mailers, but I see that in 2015 we asked for surveys and meetings several times. Without response and response. Here is an email in from 25.08.2015

Want to complain about rejection. It is okay that we have built as I understand it 18 cm outside the boundary. But EVERYTHING IS MADE IN GOOD FAITH WHEN WE WERE IN CONTACT WITH THAT PRESENT AND WE HAVE BUILT UP ON OLD WALL.

Secondly, the wall of other neighbors is almost out of the way. Our wall is set 1-2 meters from the road. The principle of equality for the law is enshrined in the Constitution. When others build only 20 cm from the road and we build over 1 m within the roadway, how is it that the municipality can believe that this wall is illegal?
We have built so that both the bus and the seagull in winter glide easily by. From a visual point of view, is it not possible for the municipality to meet us and help us to get an exemption for what is illegal?
This feels discriminatory against us by using so many paragraphs against us that we feel overrun instead of using some common sense and looking at the real situation that nothing prevents either traffic or visibility.

Getting to an inspection will also make everything much easier for all parties!
(quote at the end.)

The only mistake we have made here is to build a slightly too large storage room, but it is to the benefit of everyone and for miles inside where PBE is required to grant us a waiver.

The wall is built in consultation with PBE, however orally.

A staircase was required when, before building a staircase, we went down and up with a rope,

Everyone complains from neighbors Roar Telje, Randi Kristine Lavik and Ragnhild Skramstad that the wall is gray and should not stand there. And what Roar Telje claims as his court argument that the brewing car would not come forward. And that it will solve problems with parking. It is true that there are problems with parking on Stormyrveien. But that's because Randi Kristine Lavik and Ragnhild Skramstad have really miserable conditions on their own property as they have to back out from their property as Roar Telje must too. And that the wall of Ragnhild Skramstad is obviously completely illegal as it is completely outside the road. Something that also our responsible applicants Ferdigattest AS wrote in our application to keep masonry, stairs and storage.

We read here what they wrote:

Regarding the wall has a negative impact on road traffic and maintenance: Reg. This point also seems to indicate that it is somewhat striking that a neighbor in Stormyrveien 4, 5 and 6 has signed these quotations. It is important to emphasize on this occasion that the project owner in this project does not in any way want to indicate his neighbors as he feels that some have done in this case, because he has misunderstood the regulations and erected the wall / building. But when all three neighbors Stormyrveien 4, 5 and 6 themselves have walls that are all adjacent to or within regulated road boundaries, it becomes difficult not to mention this. In addition, when there are several other walls in the area with a similar location, it must be said to be an established practice in the relevant area with walls up to - and indeed also in - regulated road boundaries. I fm. Both Stormyrveien 4 and 6 are also the walls all the way to the paved road. In Stormyrveien 5 is a garage and brick wall with approximately the same location in ft. the roadway as the measure now being applied for. We can hardly see that the wall in Krokstien 2c significantly affects the roadway significantly more than these measures. The fact that 2 neighbor (s) have a continuous exit of more than 20 m, and that none of the 3 neighbors has snooze on their own land, is otherwise considered to contribute significantly more negatively in terms of. traffic conditions than the right wall along the road that is being sought here. But as mentioned - it is not the task of the proprietor to hang up in neighboring circumstances. You just want to get your own situation settled. Mht. In addition, it is obvious that this wall, which is completely out of the roadway, has some influence on road engineering considerations. However, after an overall assessment, the wall is not considered to affect road engineering considerations to a significant extent. Mht. road traffic is affected to a limited extent as the visibility etc. of the right stretch is changed to a small extent. It is shown in this connection for past disclosure. Mht. maintenance then it is pointed out that the asphalt edge is still at a sufficient distance to the wall, and that there is a road shoulder in the area in question, so that you can store some snow here. By the way, there is a considerable area where the wall goes into terrain where snow has been stored in recent years. Initiatives have never experienced this as difficult. As far as we understand, the City Environment Agency has not registered a single complaint or incident in recent years, neither with regard to. that the areas in question are dangerous to traffic or maintenance problems. We note that the wall has been standing for a long time without the road authority in the municipality - which manages and maintains the road - has not registered any problems, neither in terms of. use or operation.
(quote at the end.)

In other words, in reality the problems in Stormyrveien are not with us. But it is with others and with the neighbors. Here, PBE does nothing even if we have pointed this out. This only shows their evil and rats against us. And that others have utilized the site 57 times more than us!

Here is an agency that is obviously criminal and that we are subjected to abuse and abuse of the law against us!
Lagt inn av Jan Kåre Christensen kl. 03:18