No. 1457: Why it was a fictitious review that Jan Aage Torp went with the Oslo police.

No. 1457:
Why it was a fictitious review that Jan Aage Torp went with the Oslo police.

Unfortunately, the police are largely not on alert in such cases when going to the police with false charges, and that they again prosecute anyone who has made false charges that Pastor Jan Aage Torp came against me and the Heavenly blog. 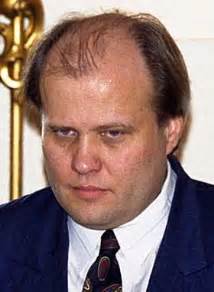 Explain this I shall try. I had been proclaiming remarriage for several years. Then focus on publishers, who were married. In fact, this had almost spread like a pageant on the Heavenly blog, and our English-language blog Heavenly blog.

This, Pastor Jan Aage Torp fell heavily on his chest when he was mentioned here. Even after, he invited me out for a talk with promise from Torps that I could write what I wanted on my own blog without him doing anything about it.

I did, and he went almost behind my back and notified me with a fictitious review. False accusations as it is called in law.

It was solely my proclamation against remarriage that caused Torp indignation. The "problem" for Torp was that I had such high scores on my articles at Google.

Torp is "smart", he knew he couldn't trap me with my proclamation of remarriage. Torp is, as I said, no dumb, he is cynical, calculating, manipulative, calculated and cunning!

He then goes and reports me for harassing him, something I've never done. I've never visited him or had anything to do with him, except when he asked me out to the cafe.

What happened next is the story. The police bet, there was a horrible lawsuit where I was charged with calling Torp leprosy, manipulative and a whore.
This was "reversed" to the fact that since I repeated this "too much" I was sentenced. Judicial murder of the time, it was only to get caught and convicted me!

In other words, since one cannot judge anyone in Norway for preaching against remarriage. Then Torp carefully looked for something I had written about him, and the police and the courts were deceived. Poor me, hey! Of course, this is nothing more than seducing and manipulating.

Just hope and pray that the Oslo police and the courts will uncover Pastor Jan Aage Torp using false accusations to achieve his goal here in the case against me and the Heavenly Blog!

Criminal and unethical it is obvious!
That the police would not prosecute this is sad. Therefore, I also appealed the case further to the State Attorney, hoping that he will reverse the plea for further investigation, and hopefully charges against Pastor Torp and a conviction for false charges!
He distorted the entire review to apply something completely different to what the case was about. The case was about only one thing, that Torp hated me for preaching against his new relationship which the Bible describes as sin.
Lagt inn av Jan Kåre Christensen kl. 13:44