No. 1460: How and in what ways should we as Christians deal with and deal with unjust people, whether believers or non-believers? What does the scripture say? Part 2

No. 1460:
How and in what ways should we as Christians deal with and deal with unjust people, whether believers or non-believers? What does the scripture say? Part 2

In many ways, it can be said that God treats us according to the light we have. For more light, more responsibility. Therefore, God is "tougher" toward us believers than the children of the world. But in the end, all sin will lead us away from God, it creates a divide. Therefore, we must not let God's goodness fail us to take him seriously. God is not only love, but also our judge and eventual rewards. 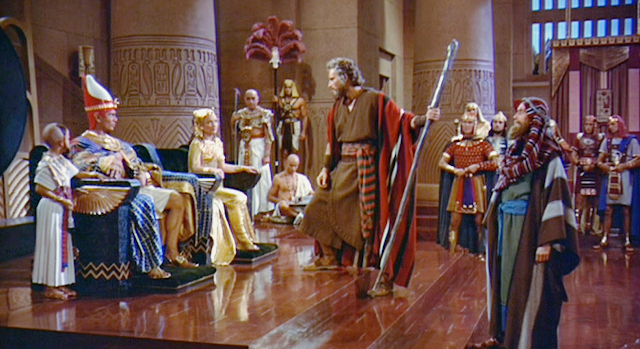 The scriptures say:
Joh.e. 1 17 For the law was given by Moses, grace and truth came through Jesus Christ. Picture of Moses who came with the law, showing all people have fallen short of God's standard.

Deuteronomy 32. 35. I hear vengeance and retribution at the time when their feet tremble; for their day of adversity is at hand;

More recently, I or we have since this also includes my family. Really got to experience wrongdoing and lying people in "free dressage!"

Both believers and non-believers. In this article I will not go into these events too much. Rather focus on how to deal with these people and relate. What does the scripture say? What are the Bible's teachings and practices?

First, there are times when God also judges people "before" time. Still, I would also point out that even in the NT and the new covenant, God does the same as in the GT and the old covenant. He keeps judgment, reveals, and people are ashamed of God and His servants!

After all, God is the same in the NT as in GT, God or Jesus has not changed.

But as a rule, God allows people to "hold on" to what they want and want. Since he has to judge all people. But, nevertheless, we find more places in the NT and the new covenant that God holds judgment. As if we live in GT and the old pact. But then one can say that this is my exception to a rule. In the GT and the old pact it was not so.

In other words, God does not want us to wish the death, doom, or anything of any sinner! But still, all people will lead or later answer for their bread, sin, injustice and everything else they have done. Let's have this clear. But it is not us as believers anymore as in GT and the old covenant in the same way to pronounce judgment. But salvation, life, hope and restoration!

Here are some examples, that even in the NT and the new covenant that God keeps judgment, reveals and people have to pay for their bread before they have to stand before God with their lives.

Room. 1. 16 For I am not ashamed of the gospel; for it is the power of God for salvation to every one that believeth, both to Jew first, and then to Greeks;

There is no doubt that God first both blesses and judges those closest to him. We read that it is first for a Jew, and then for Greeks or Gentiles. To that I would say that it is also a pattern, that God first judges us Christians, those who profess Jesus' name, then the world.

We read about the judgment given to the Jews in the year 70. Which Jesus had prophesied about when he went down here.

Matt. 24. 1. And Jesus went out of the temple, and departed, and his disciples came unto him to show him the buildings of the temple. 2 And he answered and said unto them, See ye not all these things? Verily I say unto you, Here shall not be left stone upon stone that shall not be broken down.

The temple and the temple buildings were the pride of the Jews. But Jesus said that every stone should be removed literally. This happened in the year 70. from Wikipedia.

The destruction of the temple

The Roman triumph that carries the spoils of war from the Temple in Jerusalem, an image on the Arch of Titus in Rome.

In the year 66 AD the Jewish people revolted against the Roman Empire. Four years later, in the year 70, Roman legions under Titus had recaptured and then destroyed most of Jerusalem and the Second Temple. See the siege and destruction of Jerusalem

The Triumphal Arch in Rome, the Arch of Titus, built to celebrate the victory over the Jews and the destruction of Jerusalem, shows Roman soldiers guarding Menorá, the seven-armed candlestick used in the temple. Jerusalem itself was leveled to the ground by Emperor Hadrian at the end of the Bar Kokhba rebellion in 135 as he sought to establish a pagan city named Aelia Capitolina.
(quote at the end.)

Here we see that judgment first struck the Jews. And so powerful that they were spread all over the world for almost 2,000 years. Before they returned to their own land, they proclaimed Israel as an independent state on May 14, 1948.

Then it will take place also other judgments, where God will judge the nations, which we find among others. in Matthew 25. The judgment in front of the white throne, which we find in John. Obvious. 19. Then we also have the judgment or judgment of all believers before Christ's court in 2 Cor. 5. 10.

But in the meantime, especially in GT, but also sometimes in the NT and among us Gentiles, God holds judgment. This is discussed throughout the Bible, including in GT. Just take the time to read the prophets, not least the prophet Isaiah and the other prophets.

By and large, God lets judgment wait, but it will come. In the meantime, it happens from time to time that even in the present time God holds "judgment", and settles with sin, disobedience and unbelief.

The "knit" is longer in the new covenant than it was in the old covenant!

But the wages of sin is always death! This is an unmistakable act throughout the entire Word of God. We must never believe that God is different from what He was in the old covenant. It's just that Jesus has now atoned for sin, the debt is paid. God has decided that we humans need mercy. But we must not miss this grace as we read in God's Word that God will not tire or work with us humans in the infinite. One day, we have lost God's grace.

Genesis 6 3 And the Lord said, My spirit shall not judge among men for ever; for its delusion is flesh, and its days shall be a hundred and twenty years.

I wrote in the headline the following:
“How and in what ways should we as Christians deal with and deal with unjust people, whether believers or non-believers? What does the scripture say? ”

Of course, we should punish and point out injustice, sin, and keep the word of God. But above all in the new covenant we must pray for the people. in the Sermons on the Mount.

Matt. 5. 43 You have heard it said: You must love your neighbor and hate your enemy. 44 But I say unto you, Love your enemies, bless them that curse you, do well to them that hate you, and pray unto them that persecute you;

Furthermore, Scripture says that revenge is not ours, but Him.

Room. 12. 19. Do not avenge yourselves, my beloved, but give up wrath! for it is written, "The vengeance belongs to me; I will repay," says the Lord.

I myself have experienced sometimes that God has both judged, and given warnings to people who oppose him and his servants. This happens from time to time, but rarely would I say, because if this had happened as often as in the GT and the old pact, Norway and the world would not have looked the way it looks today. Unfortunately, humans have largely turned their backs on God and the Christian message to an extent that is truly disheartening and alarming.

I have experienced 2 times concrete that there are people who have died by opposing the Lord, and the Lord's words. This I do not want to write more than what I have done in this article. This is extremely extraordinary. But it happened in the days of the apostles, and it also happens in our days.
See here: http://the-heavenly-blog.janchristensen.net/2012/06/nr-325-man-who-died-as-ananias-and.html

When we built a house in Karmøy, we came across a fraudulent contractor who had not done his job for which he was paid. I met him in the conciliation council and there he promised repentance and improvement. He did not keep this. Suddenly even though he had both money and resources to make up for himself. Something he didn't want, not least because that I was a believer was pretty obviously burning his house down completely.

The same happened in the same moment that I got the fine of 10,000, - kr as it was that the house of Pastor Jan Aage Torp's parents-in-law burned down.
This was the same, all this I consider as the warning finger of God that one cannot do as one would to believing people who serve the living God.
Sooner or later, God puts his "finger" down and says that enough is enough!
Lagt inn av Jan Kåre Christensen kl. 09:22