Nr. 1656: Dear Jesus' friends, ask that NRK Focal Point will make a program about the times of justice in which my case is illuminated in its full breadth and depth where all aspects of the matter come forth! 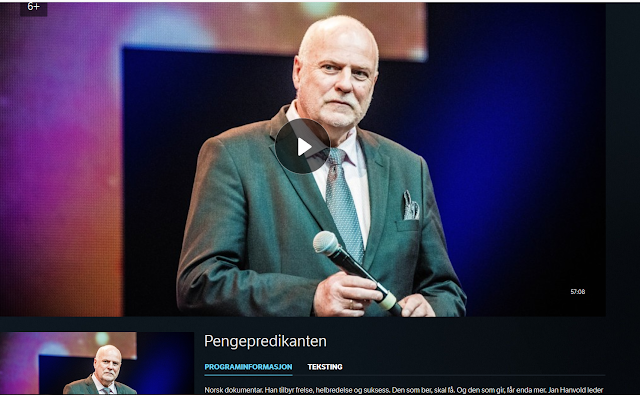 Have been in contact with NRK Focal Point, they may want to make a program about the era of justice.Please pray for this to happen, it will have a huge impact on the conflict between me / Brynjar Meling and the narrator Jan Aage Torp, the Oslo police and Norwegian courts.
Once the case and the conflict have become as it has become, I have been exposed to the right of justice today in Norway. Worse than what I have experienced it is not possible to experience it.
Will mention four (4) things that make this the biggest, not worst, word of justice in Norway.
1.) Incorrect law enforcement.
2.) What I am convicted of is not discussed in court.
3.) My opponents have written both more than me and went infinitely longer verbally than me. They can not punish me when they go free! They have simply been quarreling in the words.
4.) Give me a lawyer, whom the fully proven do not want to listen to. It reminds me of an act. In other words, it should look nice, but it's a game for the gallery. The outcome was given, I should be judged.
Final Comment:
Zechariah 4. 6 Then he answered and said to me, This is the word of the LORD unto Zerubabel, not by power, but by power, but by my Spirit, saith the LORD of hosts.
Do not be as long in this article as I usually.This is obviously a spirit struggle as I do not even get a fair trial, all of which are claimed in Norway.This is a form of Christian persecution, if it can not be said that it is a Christian persecution when I have not received a fair and decent treatment.
This is obviously a spirit struggle - since my goal has always been to proclaim what God's Word says. Preach the whole God's counsel to salvation that no one who is married as believers shall enter a pulpit and teach others when they do not live according to the word of God!
Ask therefore a NRK focal point will address this matter and make a program where really fools Jan Aage Torp, Oslo police and the courts are revealed as they are!
But at the same time that the word of God appears to repent is sin for believers. This is a struggle for the Christian marriage and the opportunity to proclaim all God's counsel for salvation!
Acts 20. 27 For I did not return anything, but proclaimed to you all the counsel of God.