No. 702: My ministry and the ministry of Smyrna Oslo coincide when we speak where the second tier , it is prophetic!

My ministry and the ministry of Smyrna Oslo coincide when we speak where the second tier , it is prophetic!

There are many who attack me because I do not preach more about God's love , forgiveness , atonement , Jesus' death and resurrection, etc. All this we proclaim , but my service is also a prophetic ministry . It's a pain if me being corrected , guided and told that one builds his life and ministry on sand and not on rock .

Scripture says about the prophesy . 1 Cor. 14 3 But he who prophesies speaks to men to edification , exhortation and comfort . 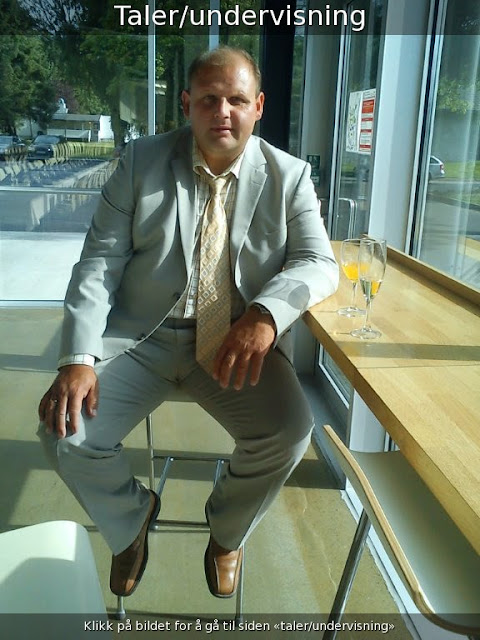 The attack me without understanding my mission , ministry and message of Smyrna Oslo disc boom!

Christian people , or the whole Christian unit in Norway is the siding , how they get on the right track , if possible ? This is what we try , we therefore Terps again and again much of this same so it sits . There is a lot of " real- caps " to preach , but we have the right leader, exhorts and comforts based on the word of God.

We use the Bible as our guideline , where we have the right manager and explain the basis of first and foremost. Let me take an example . In warning against gjengiftede preachers and pastors . And we also have examples based on the word of God which we use this. A good example is King Uzziah .

Here 's something I wrote about my service a few years ago :

Answer: < br / > Yes there is a difference. It says here about the prophetic gift :
1 Cor. 12, 10 and one gets the power to do miracles . One gets the gift of prophecy, to another judge spiritual revelations , to another various kinds of tongues , to another the interpretation of tongues . 11 But all these worketh that one and the same Spirit , who distributes his gifts to each one as He will .
Here it is about the Prophetic service :
Efes . 4 11 It is he who gave their gifts : He put some apostles, some prophets , some evangelists , some pastors and teachers. 12 He made ​​it to equip the saints so they can do their work , and the body of Christ may be built up.
Here we must distinguish between having the prophetic gift, and to be prophets ?
But when it is genuine Prophets are also false prophets . And when it's real prophecies are also fake . But how to distinguish ?
Here are some clear criteria :
1 ) It must match the word of God.
2 ) The prophecies have come true .
3 ) Everything is provided for this purpose . 1 Cor . 14 3 But he who prophesies speaks to men to edification , exhortation and comfort .
But we also have something we must take into account that even a true prophet never says anything just a fake says not only what is false . We can learn to distinguish between the real and unreal by learning to discern , develop by taking this into use. Having a desire and willingness to learn and to reveal \ discernment .
Balaam prophesied many things right but even lived in sin and enticed Israel to sin . He was in favor of Israel in their prophecies and preaching but enticed Israel to commit fornication, and was himself a lover of money .
And here it says about prophecy in the church.
1 Tess . 5 20 do not despise prophecy , 21 but test everything and hold fast that which is good .
We will always try everything , the scripture says time and time again when it comes to both preaching , teaching, and prophetic voice .
1 . Cor. 14 29 Two or three may prophesy , and the others to try what they say.
Notice others to try what they say. And one should deal with it by publicly speaking out about the inconsistencies with God's word that the public is being said.
We looked through the charismatic movement there has been an invasion of false prophecies and false prophets. Why ? Once this has progressed so have so few tried it on the word of God and warned against this.
Today is the damage so great in past most evangelical congregations and churches that only a judgment from God who can stop this , I mean. The damage is too extensive and comprehensive that it be fully doctor.
But so has the positive side , God will guide us through revelation. And without revelation comes one astray. Therefore, both the gift of prophecy and the prophetic service of great importance and significance.
How do these gifts ?
The prophetic gift works by the Spirit of God who communicates himself to a Spirit-filled person who is open and able to allow themselves to be used by God and who want and longing to be used by the Lord.
1 Cor. 12 4 There are different kinds of gifts , but the same Spirit . 5 There are different services, but the same Lord . 6 There are different kinds of working , but the same God , who worketh all in all . 7 Now to each one the Spirit gives himself known so that it is expedient . 11 But all these worketh that one and the same Spirit , who distributes his gifts to each one as He will .

For my part I feel that I have all the five different gifts in my ministry as a preacher , but I'm no distinctly Prophet. It's like it's 1 \ 5 of my gift. But for others they are both 2 \ 5 and 3 \ 5 Prophets .
The Prophetic ministry is very often part of the outfitting one 's preaching , not the whole that we see in the Old Testament that some prophets had . < br / > I have also a part of the Evangelist , teacher , Shepherd and Apostle me.
I feel that I have a bit of all service offerings in me , but others have eg . much of the evangelist in him and little of the teacher in him. And some have a lot of teacher himself and little of the evangelist . It varies from preachers and in some situations for which the need is there .
We are all different but we need more of God and the gifts He has put in us , he will refine and further develop to our benefit and edification of the congregation and further guidance going forward.
But it is also sad to see that when people make false prophecies and leads the Christian brand of siding is the common practice , especially in past the Pentecostal \ charismatic churches that everything gets swept under the rug and ignore everything and go on as if nothing has happened!
So far can a get in delusion therefore warns Jesus and the apostles oppose this strongly that delusion .
But the positive side of this is that God reveals it all before it occurs and leads us forward with his Spirit. This is something that God has always wanted to do with their beloved children.
1.Mosebok 18 17 Then he remembered the Lord, " Shall I hide from Abraham what I want to do? 18 Abraham shall surely become a great and mighty nation , and in him shall all the nations of the earth be blessed.
Amos 3 7 Surely the Lord GOD will do nothing, but he revealeth his secret unto his servants the prophets (1930 translation ) .
God will use the prophetic anointing and the prophetic ministry to perfecting and empower his church, also in this time!
It is through the prophetic anointing the church and we are aligned , adjusted and fail to meet " nail " not only approximate but just the "head" . The prophetic anointing creates "Thus saith the Lord " in church. It will create the sanction of the church when it is genuine. When it is illegitimate in a spiritual congregation will be revealed and be put in place
It's our slagkraftighet both internally and externally , we are so dependent that it is both people with the prophetic gift in the church and the prophetic ministry is up and running in the Body of Christ !
We can also compare the five ( 5 ) different service offerings with our hand .
thumb 's apostle.
index finger is the Prophet.
Langmann the evangelist .
Ring finger is a teacher.
and the little man 's little finger ¸ shepherd , who does everything not the other fingers have done and done. And it comes to where the other four are not going to . How important is a home visit ? It performs many times that the other services not performed and acts supplementary and complementary.
The nine gifts can compare with a grape cluster where all the gifts complement and supplement each other and all are mutually dependent relationships to each other . And they complement each other to perfection and the divine . The church at Corinth had all nine ( 9) gifts in their midst , and it is God's will to have every church . The church at Antioch had all five ( 5 ) different service offerings in their midst , there is also a role model for us to have today .
This is fine and good with gifts and prophet gifts and healing gifts , but we must not forget that even as perfect church may be, the love of the Lord in our hearts that is important . Think of the church in Ephesus, they had a lot of good , but they had left their first love and the Lord very seriously . They had to repent otherwise there was a risk that the candlestick would be moved .
Difference between prophet service in the OT and NT include that the prophet in the Old Testament had a mere prophet service. But in the NT it is very often a part of our spiritual equipment. A prophet in the New Testament and in the New Covenant can and is usually also something more than just being Prophets . But he can and is and also some of the Evangelist , Apostle , Prophet and pastoral service.
Example of Prophet services can be David Wilkerson , Hal Lindsay and Chuck Smith, but has also some of the other service offerings in its preaching.
Example of False Prophets are: Benny Hinn , Jan Hanvold , Åge Åleskjær and others. They of course also much good , but they have one or more major flaws in his life and in his teachings that are so big and seductive . That one must disqualify them as true ministers and make them false prophets .
So we have also examples of Christians who are not prophets but the prophetic gift. We need preachers who are prophets and believers who are open to God and let the Lord use to prophesy !

If you believe that I have a ministry , mission and ministry . So above all, pray for me , my ministry , family and Smyrna Oslo. Secondly, support to operations to come to the meetings and help to build a church here in the city of Oslo .

Be blessed in the Lord Jesus Christ !