Nr. 695: Christianity has been perceived on the basis of John 14:12 that we will do greater works than Jesus. This is the ultimate arrogance!

Christianity has been perceived on the basis of John 14:12 that we will do greater works than Jesus. This is the ultimate arrogance!

I wrote an article : The translation in John 14:12 is so wrong and misleading that what Jesus actually said has been greatly changed and directly misleading!

Should say that there have been strong objections and reluctance to assert such a thing, but I have documented the basis of God's word. But it does not help those who are God and his word against . Such was the case before , so it is today .

Picture of Jesus , which is totally unique , no one can compare with and who has the name and the person who is over all ( except God the Father ) . How could he have been? This image is said to be history's most reliable picture of Jesus. There is a copy of a portrait was engraved on an emerald at the behest of Tiberius Caesar. Turks Emperor delivered it from its treasury in Constantinople to Pope Innocent VIII. The purpose was to release his brother who was captured by the Crusaders .

Publius Tertullus wrote to the senate and described Jesus as high in stature, with brown wavy hair, beautiful forehead , pretty skin, a lovable smile, shapely nose and mouth, thick beard and lively gray eyes . He was also described as terrifying when he chastised some , but friendly and appealing otherwise .

Jesus may have been a handsome man , but the main thing I think is the radiance he had. People noticed that there was something special about him.

The Bible says that people who saw him hanging on the cross almost did not believe it was a human, so terrible was the sight . He had received 39 lashes - some say that there are 39 disease groups . All the sins of the world , diseases and ailments were also laid on him that we might be saved.

When I think that he has saved me and given me eternal life, he is incredibly beautiful in my eyes ! 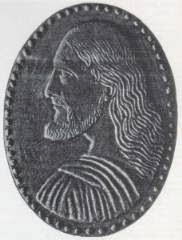 This stands in most Norwegian translations in John 14:12 12 Verily , verily , I say unto you, he who believes in me will also do the works that I do, yes , even greater works , because I go to the Father .

This is the ultimate arrogance if one believes in this then. Most people I 've talked to do not believe completely in this verbatim. However rationalize it with different things .

Here's Kjell Andersen who runs the website Searchlight 's "explanation " in this passage that we will do greater works than Jesus : In other words, " we do" bigger " than the deed what Jesus did in his limited acting on earth . A reasonable interpretation is that the church of Jesus Christ (referred to as the body of Christ ) on Christ's behalf shall do greater works than Jesus was able to do during his 42 months long earthly ministry . "Bigger " to the extent that Christ's Church through its worldwide operations have healed far more people than Jesus managed in their limited mortal business. Moreover, the church collected reached a " larger " number of people with their missionary work than Jesus managed during his three and a half years of work. Let us add that basically it is Christ who perform these deeds ( us ) he said: Without me ye can do nothing ( end of quote ) .

This is both a rationalization and completely misleading. It is written about Jesus following: Joh 9:25 p.m. But there are also many other things which Jesus did ; should be written , every one , I suppose that even the world itself would not contain the books that should be written .

No one can or should measure up to Jesus , he is in a class by itself !

Although the congregation gathered under a through 2,000 years can not compare with Jesus? Why ? This says about Jesus : Joh 3:34 For he whom God hath sent speaketh the words of God ; for God giveth not the Spirit by measure .

Jesus - as the only person in history - had no limitations in receiving anything from God. He had the Spirit without measure. The whole fulness of the Godhead dwelling in Him bodily. For us it is not at all like that, we are just a small simple witnesses who need to experience God's grace every day!

Why is this so misinterpreted ? One of the reasons is because the curvature of the Greek is different with us . This is very easy to do, care use Google 's translation of the word, and presto , you get the right word and the bending. Then there will be no more , but great deeds. I have tried , and found that it agrees with what I write here . And it must be right and proper well ?

Google this and you get the Norwegian following: large

We will do great works for God . But of course , never bigger than Jesus , it is completely beyond and the ultimate arrogance .

The sum of God's word is truth :

Psalm 119:160 The sum of Your word is truth , and forever is all your righteous law firm.

Had this been a biblical truth - that we will do greater works than Jesus - had also found similar passages . When the truth is so important and had been so great. And it had been the other parallel passages . But what does it do ? God's word speaks a whole 100 % in the opposite direction. What 's this ? A powerful seduction and deception . Here is the Bible badly translated, but there is 0 errors with the word of God , hallelujah !

I would even go as far to say this had been translated correctly - that we will do greater works than Jesus - I had not thought of that. At several reasons , that it does not agree with the entirety of God's word and I do not know of one , or someone who is close to Jesus to perform miracles signs and wonders. But I also now proven based on the Greek this is totally wrong and misleading translated. Why still believe the lie rather than the truth , I ask ? I would have translated this verse as follows:

As a curiosity eventually . There are several things that are wrong translated this verse as I write about a forje my article on this topic . It's really not all believers who go around doing great works , but a few that God has chosen for the task and deed . But I refer to my forje article on this passage . Believe that you are going to do great deeds , but never like Jesus. We all have some small Witnesses, Jesus was and is the great witness. None like him has shown us who God is :

From my commentaries Hebrews 1 3 He is the radiance of God's glory and the exact representation of his being , sustaining all things by his powerful word. When he had made ​​purification for sins, he sat down at the right hand of the Majesty on high.

Kol.1 . 18 He is the head of the body, the church. He is the beginning, the firstborn from the dead; he saw in all things may be the foremost . Jesus is both the largest and foremost . He is the first to have gone out of the Father. As the Father created and the only one like him . He exudes the Father as he is without it being in fragments . As it was with the Prophet and all other people. Kol.1 . 17a He is before all things.

When he became a man he served our sin and then sat down at the Father's right hand!