No. 694: The translation in John 14:12 is so wrong and misleading that what Jesus actually said has been greatly changed and directly misleading.

The translation in John 14:12 is so wrong and misleading that what Jesus actually said has been greatly changed and directly misleading.

No one will or will make larger or more sub than Jesus !

Photo of Asa A. Allen is probably the " greatest" healing evangelist the world has seen since the days of the Apostles . According to his writings he did not believe what John 14:12 says that we will do greater works than Jesus. This is actually completely wrong ! We will do wonders, but probably never to the extent that Jesus ! 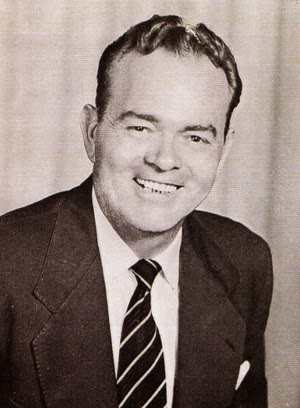 How is it translated Joh.e. 14 12 Verily , verily, I say unto you, He who believes in me will also do the works that I do , and he will do greater works than these , because I go unto my Father.

The translation in John 14:12 is so wrong and misleading that what Jesus actually said has been the exact opposite !

It is translated greater works is this word : megas : great

It would not have been translated even greater things , but great deeds. There is a tremendous difference in this.

Where it is translated as : "He who believes in me " is also misleading.

This refers not to the vast multitudes of Christian people , but the one or the few. Thus, the whole meaning and significance of this verse opposite than it really is. There are only a few who get the gifts that Jesus had . The other believers to support them. Not everyone should have graces , and those receiving the gifts , you get only a small extent . Not that Jesus had all in full measure. In other words, this biblical word as so many others are mistranslated .

AA Allen said he had to realize that he could do greater quality miracles than Jesus.

AA Allen experienced more wonders and signs often on a single event than what most preachers experience over a lifetime . The witness for themselves the exquisite Evangelist he was and what gifts God had bestowed upon him !

Excerpts from the book God's Generals on A.A. Allen:

He had to realize that he could do greater quality miracles than Jesus.

AA Allen felt that God told him he would see His miracle-working power if he understood and did these things :

1 He had to realize that he could do greater quality miracles than Jesus.

2 He had to walk as Jesus walked

4 He had to compete with Jesus

5 He had to deny their carnal desires fixed .

6 After having denied himself , he had to follow Jesus seven days a week.

7 Without God , he could do nothing .

9 He did not continue with the superficial and vain discussions.

10 He had to give his body entirely to God forever.

11 He had faith in all the promises of God .

The remaining two guidelines were " hidden sins " that God had mentioned by name, as Allen felt he could not share publicly.

AA Allen is the man since the Apostles days that have experienced most of the signs, wonders and miracles. Although he received it from God that he should do greater works than Jesus and more quality works than him. At most other Christians believe this is just painful and ridiculous ! The rows neither Jesus nor Allen up to the ankles once.

Jesus had the Spirit without measure , while we as believers receive the Spirit by measure !

Joh 3:34 For he whom God hath sent speaketh the words of God : for God giveth not the Spirit by measure .

While we as believers should keep us according to the measure of faith that we are allotted : Rooms 12:3 For by the grace given me I say to everyone among you not to think himself more highly than he ought to think , but to think that he think soberly , according as God has allotted to each a measure of faith .

Paul taught about gifts here: 1 Cor. 12 28 And God hath set some in the church , first apostles , secondarily prophets , thirdly teachers, after that miracles , then gifts of healings, helps, governments, diversities of tongues. 29 Are all apostles? are all prophets? are all teachers? are all workers of miracles? 30 Have all the gifts of healing? do all speak with tongues? can all probably figure them out ? 31 But strive after the greatest gifts ! And I will show you one still better way .

Notice that Paul's teaching agrees with Jesus teaching. Here, some believers have some of the same gifts that Jesus had and possessed .

As I understand this word . So Jesus says that signs, wonders and miracles follow us believers , as it did with him. And if we believe on him today , will also experience below. But only a few God uses " real " to this . The other believers to back up and support those who have received the gifts that Jesus had . Jesus had all , we as believers today can only expect to get some of what Jesus did . But together , we will be not as strong as Jesus , but strong . And experience below.

No one can or should measure up to Jesus , he is in a class by itself , just look here: