No. 697: It is hypocrisy and Pharisaic to allow remarriage among believers, but be against gays and lesbians!

It is hypocrisy and Pharisaic to allow remarriage among believers, but be against gays and lesbians!

It is as much a sin to be remarried as being homosexual !

Øyvind Benestad , Jan Aage Torp , Jan Hanvold and a number of other needs should be titled sjefsfariseere ? Eg Øyvind Benestad is happy example . the TV channel to Jan Hanvold trips back into sin , then he is re-married several times as a "Christian." But he warns against gays and lesbians the next day ! Talk to deceive and mislead . These are really wolves in sheep's clothing that Scripture warns against ! 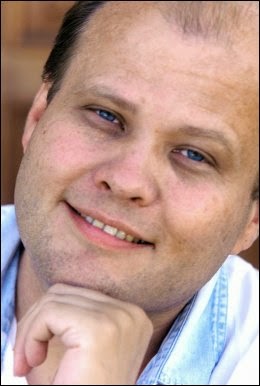 I can not for the word of God says several places that remarriage is sin. This is the New Testament teaching and preaching. And when should and should also be there today? Or is the word of God changed ? Not for me ! I think that it is a sin based on the font if one is married to a Christian , or live as a homosexual or lesbian.

Why the very commitment against gays , but lesbians and remarriage are not mentioned ? At least not remarriage , this is hypocrisy !

1 Tim 1:19 as you have faith and a good conscience ; it has some thrown away and suffered shipwreck in the faith ;

Those who have re-married as believers have tossed and destroyed his conscience . Therefore , " warn" against the sins of others to justify itself. Then they basically know that they are perishing children and are heading there.

Our conscience is God's instrument to keep us on the road with him. And it shall be adjusted daily by the word of God . If not, then one of apostasy way!

Cowardice to warn against gays and lesbians , but let those who are remarried go "free" !

Scripture says: James 2:9 But if ye have respect to persons, ye commit sin , and the law punishes you as offenders. 10 For whosoever shall keep the whole law , and yet offend in one point, he is guilty of all .

Scripture says that living out their desires as homosexual , lesbian , being married to a divorced or divorced remarry is adultery ! As for those who profess the name of Jesus !

We can not withdraw the suit , tie something, add something , and pay extra attention to something. The scripture says is sin , it is sin. A is an offender for a run in 80 or 100 kph in fifty zone. There is nothing major , major or minor sins to God. It is whether or not something my in. The word of God describes that sin is sin.

Joh10 . 10 The thief comes only to steal and kill and destroy. I have come that you may have life and abundance. Jesus talks about thier devil 's sin , who shell we follow? As I hear the devil's words in 1 mos.3 Has God really said? He casts doubt on God's word. It is good to hear what Jesus said , It is written . Hold on to the written word of God and not open for the devil to sin , homosexuality is a sin and rebellion against Gud.Joh1brev 3 4 Whosoever committeth sin , he also practices lawlessness , and sin is lawlessness . 5 And ye know that he was manifested to take away our sins , and sin is not in him . 6 Whosoever abideth in him sinneth not ; whosoever sinneth hath not seen him , neither known him. 7 Little children Let no man deceive you ! he that doeth righteousness is righteous, even as he is righteous . 8 He that committeth sin is of the devil ; for the devil sinneth from the beginning . For this purpose the Son of God was manifested , that he might destroy the devil's work . 9 Whosoever is born of God doth not commit sin , because His seed abides in him , and he can not sin , because he is born of God. 10 In this the children of God and the devil child feels ; whoever does not practice righteousness is not of God, neither he that loveth not his brother.

It is the same God , and from the same Bible where God speaks to His children. That they should not live with a man when you're a man . That also says that living with several women one 's own wife is sin. We are Christians a chance to get married , the need to take care of. Are there any divorce , the writing so abundantly clear that one can not possibly be wrong. Then one should live alone, or be reconciled to her . Enter into a new marriage, or marries a divorced , then one also lives in sin or adultery as scripture says . Is this difficult ? No, this is the clear teaching of both Jesus and the apostle Paul.

1 Cor. 7 10 To the married I have this requirement , yet not I , but the Lord : A wife must not separate from her husband. 11 But if she still stands , let her remain unmarried or be reconciled to her husband . And a husband must not divorce his wife .

Finally , all of this can be forgiven . Then one must repent and confess their sins. The person who is homosexual , must stop living with other men. Anyone who is gay , must stop living with one or more women sexually. And the one who is married to a divorced , must stand and leave the person who has been married before. The person is married to a Christian . Must either come to terms with their first and straight spouse. Or live solitary . This is to repent. Secondly , confess sin . Hold fast to that when you are forgiven , for it is whether you feel it or not! This is not what our feelings, other people or anyone else believes and preaches . But what the script - and it alone say !