Nr. 477: The couple Elizabeth and Robert Muren will have 100 Mill. of the Christians in Norway to tell a lie about the Apostle Peter that he met the Emperor Nero and died in Rome!

The couple Elizabeth and Robert Muren will have 100 Mill. of the Christians in Norway to tell a lie about the Apostle Peter that he met the Emperor Nero and died in Rome!

Elizabeth and Robert Muren tells a lie when they want to make a movie that will cost approx. 100 Mill to produce and distribute. It was the Apostle Paul, the apostle Peter, who met the Emperor Nero. Here are a couple that will have the 100 Mill. to promote and bring out a Catholic and demonic rogue and lying history, which of course is not true but built and sustained by the Catholic church will have power and influence, even if they do not tell the truth! 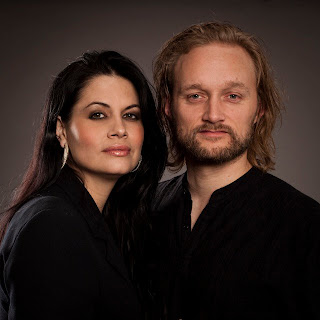 Here is an article I wrote some years ago:

Acts 28.15: "The brothers there had heard about us, and met us just outside the Forum Appi and Tres Tabernæ. When Paul saw his brothers, he thanked God and taken courage ".

Paul was on his way to Rome in what is now Italy. At that time the capital of what was then the great Roman Empire. Emperor Nero was the lord and Emperor who demanded worship and full obedience to Rome and himself. Emperor Nero was not the easy kind to deal with. Here's a description of him taken from the internet:

Emperor Nero became emperor in 54 years and when he was only 17 years old. Nero is often referred to as the mad emperor from Rome. He became emperor after his mother poisoned his stepfather. One year after this murder Nero stepbrother so that he would not be emperor instead of him. In year 59 got emperor Nero also killed his mother after the two had been enemies.

In year 64, there was a major fire in Rome, while this fire be passed, it is said that Nero did not do anything to get it stopped, but he went, humming and singing the while he saw much of Rome burned. Afterwards he got built a large palace on a large area of ​​the city that was lost in the fire. The palace was named Domus Aurea (Golden Palace).

It started to rumor that emperor himself had started the fire to get built this palace. To let go and be seen as a scapegoat gave the Emperor Nero blamed the Christians for the fire. The Christians were after this persecution in the Roman Empire, some were thrown to the lions, some were crucified, others were burned at night as torches in Nero's garden. The following year there were people who tried to kill Nero. When this was discovered 19 people were killed by Nero and Nero disliked people who received a letter to take suicide. In year 68 Nero had not a few supporters left in the Roman Empire. He got only more and more enemies. He eventually chose to take his own life.

Now he was on his way to Rome, but depressed. Why?

I think Paul had set for himself to come to Rome under completely different circumstances. Paul had probably been deceived by their own illusions and his own thoughts that we all sometimes being cheated and misled by.

Should Paul be performing his work in Rome and meet with Emperor Nero, he had come as a prisoner, not as a free man.

Although Paul here was defeated, he was my God's will for their lives and in their service to God! There were some simple redeemed brothers did the trick for Paul. They sacrificed a little extra for him and they got him out of discouragement and forsakthetens quagmire.

The story of Paul was a great blessing to the faithful in Rome with his visit. He had written the letter to the Romans some years before, which is perhaps the letter that Paul brings out the spiritual truth that God had entrusted him in the strongest way. And it has been a blessing for millions in hindsight, also for us today. History tells us that Paul met Nero and it was he who was responsible for his death.

We read about discouraging Emperor Nero, yet there were many who were won to God through Paul's work in Rome, as well as a prisoner. He writes in Fil.1 that this has happened to him has been for the best.

Is not the Lord works in mysterious?

We may be my God's will for our lives right where we are now, but we do not always. So be bold and go the way of God for your life. The Lord has shown you, he will implement in your life. Give therefore for both the external and internal pressures. Lord used Paul. And he will use you and me as we're obedient. And persevere in faith and patience! (End of quote).

The film "Yeshua - Words Are Not Enough" will begin in Rome with the Apostle Peter is taken prisoner, confronted with his faith of the Emperor Nero, and begins to tell the stories of Jesus as he found them, the other doomed children, women and men, before being taken to the Roman arena.

- Jesus says only what is written in biblical texts, but we are yet to know Him in a new way, as we shall see Him through the eyes of people who lived with him. We go "behind the scenes" and meet children, women and men, their struggles, thoughts and doubts. We get a clear and strong impression of the society they lived in. This will help us understand better how revolutionary Jesus' life and teachings were, says Elizabeth. (End of quote).

Why tell a lie, or more lies and say that this is a story about Jesus? The Apostle Peter never met Nero, it was the Apostle Paul. I smell the embrace of the Catholic robber story that Apostle Peter came to Rome, the first Pope that and the other wrapped and lying story that the Catholic church is built on. Peter was never Pope, and he was there, he was not in Rome but in Jerusalem and among his own people, the Jews. He was never Apostle of the Gentiles, but the Jews.

From my commentaries Galatians 2 7 On the contrary, they understood that I had been entrusted with the gospel to the uncircumcised, just as Peter to the circumcised.

Acts 1. 8 But you shall receive power when the Holy Spirit comes upon you, and ye shall be my witnesses in Jerusalem and in all Judea and Samaria, and to the ends of the earth. "Jesus' teaching was that the gospel should be preached until the end of the earth from the day. 1. Since the disciples did not quite managed to cope with this, God had to raise up Paul. Peter remained faithful to the gospel, but Paul led the baton.

8 For he who with his power did Peter to the apostleship of the circumcision, he did me the same way as an apostle to the uncircumcised. It was the same God and Lord who had called them both. They were in an equal relation to each other and thus completed the other. I do not think Peter was disobedient, but the task needed to be shared. Therefore, Paul was apostle to the Gentiles and Peter Jews. (End of quote).

Here one should make a movie like fleas Christians for 100 Mill. Mr. and Mrs. Wall is Pentecostal and betting on when to bring the majority of Free Church communities. But is this right? Using such an enormous sum on a lie story? This is, and-will be incorrect, demonic and Catholic!

This couple says Muren: "We seek advice from the best." But why do not they seek the advice of the Lord? There had to be a lot better? Getting within its God in the Word and prayer, then fixes "everything" up and lies must go! And the blog and our website where we have more articles about this topic? When the Apostle Peter never met Nero, but it was the Apostle Paul did. Why should one Catholic robber story even more legs to go on? That I do not understand, and you are hereby warned against supporting this film, but rather support us, huh-huh! Imagine if I could get 100 Mill. into Smyrna Oslo? When should we put Norway on the head!

Support us either, the money will be used better than anyone anywhere else: