Nr. 472: Which models is the next generation of meetings? World empowers managers and skilled people, Christ is calling followers! Part 1

Which models is the next generation of meetings? World empowers managers and skilled people, Christ is calling followers! Part 1 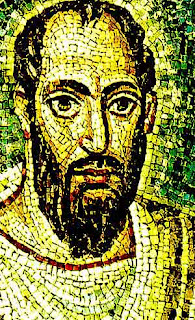 Today's leaders lack what it takes to be great leaders of today and for the next generation. But a Christian leader is not necessarily good leaders for the world's standards. As for God, there are other criteria that is used. Want to mention the ten (10) pages by being a good Christian leader, but unfortunately. I do not think one can find many such Christian leaders in God's church today here in Norway, nor elsewhere in the Western world that the U.S. and other countries. But among the early Christians were many, and then I think it is possible even today to create the embryos and such. Portions of this article into two, therefore, five (5) points here, and five (5) points in the next article.

1) To live in accordance with the Christian message is the first and most important thing for a true, good and true Christian leader.

1 Cor. 9. 24 Know ye not that they which run in a race track, they run well all, but only one receives the prize? Ran thus, that you can win it! 25 Each participating in wager match, abstinence in all, hine to obtain a perishable wreath, but we an imperishable. 26 I shall become not the unknown, I do not like a fencer who turn in the weather; 27 but I keep under my body and bring it into bondage, lest I who preaches to others, myself should be a castaway.

This can not be stressed enough, but that's life and teachings are overstemmelse with a manager's life. It is the alpha and omega for both Christianity survival and triumph that we all as believers live in overstemmelse with the message we proclaim. And a leader in the church of God, or to use the biblical word; Shepherd. Is it more important, it can not be stressed enough.

2) To be a good speaker and communicator. Should one voice, one must master the course and could be a great communicator. We can not deny that having the word of his power, it is of no foreseen to be a good Christian leader.

1 Pet. 4. 10 After that everyone has received a gift, then serve each other with the good stewards of the manifold grace of God: 11 if any man speaketh, he speak the word of God, if any man serve in the church, he can earn as by the strength which God, that God be glorified in all things through Jesus Christ, the glory and power belong to eternity. Amen.

We should make a statement, it should not be artistic, as an actor or athlete. But it must be proclaimed verbally, so it is about to do to be most of the focus on that and develop to communicate is verbal message.

As a leader it is important to have others who can both correct and encourage you. But it is a model that stands above all others, and it is one that will correct and encourage you more than anyone. It is Christ Jesus. For the apostle Paul was Christ Jesus his biggest and most important role model. Therefore he could say as he follows Christ - as a leader - as they should succeed him.

4) A good Christian leader follows his calling, and takes care of its service. Trying to copy and follow others, but in the task and service that God calls the individual, he or she can enter in. Paul, Apostle of the Gentiles did not compete with the other apostles who went only to the children of Israel to preach about Paul concluded his service there.

1 Cor. 9. 2 Am I not an apostle to others, then I am there at least for you, for you are at my Seal Apostle-office in the Lord.

We will not take care of any services other than our own, and we should not copy anyone. Nor try to be an Old Testament prophet who live in the new covenant.

5) A good Christian leader does not regard himself as a solo Christian. However, to complement and have a task and work as part of a whole. Unfortunately, as have so many failed today, but to think that one is the only one that has to do with God, is and remains a dangerous and arrogant thought. It is also during this time 7000 that have not bowed to Baal corral. We as believers have a body which all have their place on the body.

1 Cor. 12. 12 For as the body is one and has many members, and all members of the body, though they are many, are one body, so also is Christ; 13 for we are all baptized by one Spirit into one body; whether Jews or Gentiles, whether we are slaves or free, and we've all got one Spirit to drink. 14 For the body is not one member, but many.

No one is an island, we are in a relationship with each other. Therefore it is also important to take care of the relationships that you have, they build stronger and not cut any of them off!

Final Comment: We read in Ezekiel 10:30 p.m. "I searched among them for a man who would brick up a wall and set down in the gap before me for the land, that I should not destroy it: but I found none." I hope and believe that so badly made it is not with the Norwegian Christianity but lacking in real good, spiritual leaders, and that is a true and good role model, that's it!