No. 1068: Jan Hanvold alleges that he is being subjected to false letter, this I am not sure when he actually received for having trample other for years and now says someone in from!

No. 1068:
Jan Hanvold alleges that he is being subjected to false letter, this I am not sure when he actually received for having trample other for years and now says someone in from!

Latest of the matter is that this is dropped, the I understand very well. And then I think also that letters will subside, as it is in the wake of spreading fear and uncertainty this has its "function"! This is Ansgar Braut his Spirit that unfortunately the police at Manglerud / Oslo keeps alive with ia to aim me for having told the truth about Jan Aage Torp, but then this is also Christianity persecution, nothing else!


To speak out with so-called fake letter is not right, but it has been stepping on others in years, what can one expect?


We must distinguish between the persecution I experience and what Hanvold experience when Hanvold ports of something that really I think is self-inflicted. But I have held forth the word of God and lived then, when I experience Christianity persecution while Hanvold really reaping what he has sown!


Who is the real "villain" here? Jan Hanvold or those who have written the letters and everything else in Hanvold and his assistants his name?
It is not God, but Satan is behind Hanvold service by Scripture. When he lives as an adulterer, fornicator, and in sin. Hanvold Father is not God, but Satan. This Jesus said that those who Hanvold:


Joh. e. 8. 44 In father the devil, and you want to do your father's desires He was a murderer from the beginning, and abode not in the truth; for truth is not in him. When he speaks a lie, he speaketh of his own: for he is a liar and the father. 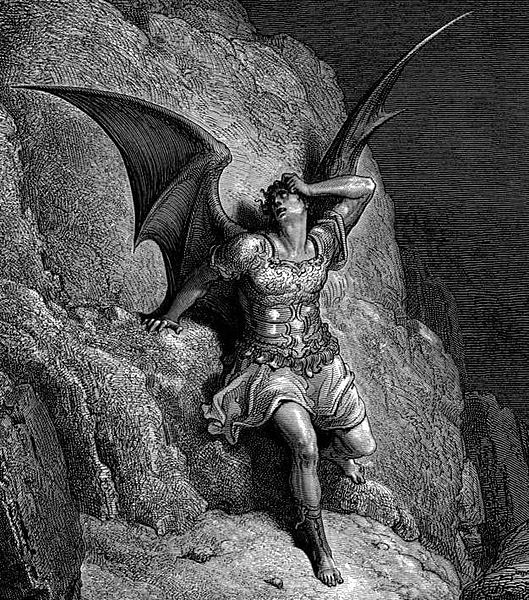 Let me take one of many examples I know about x employees at Jan Hanvold and Vision Norway.


There was a brother and friend of mine who was with where that phone call through a few years. He was faithful, yes, perhaps the most dependable there etc.


So it came out some rumors with halvkveda shows and all that show vase there. And Hanvold took action and sent a text message to Donald Trump style:


This brother did not accept this and would have a personal encounter with "the boss" is itself!


This, he somewhat reluctantly and after meeting so it turned out that everything was just falsehoods and fabricated things. But Hanvold did not go back, he had been sacked and he would not overturn when it again went out over others Hanvold put higher etc.


How could one have continued with the one and the other. Personally I think Hanvold sitting "fixed" at least three points:


1.) He is divorced and re-married, living in adultery and thus have not the Spirit of God!


2.) He is zero educator and abilities whatsoever not to treat people in a balanced manner when his world is all black and white.


3.) Hanvold monetary begging and pengemas. Where he always needs money even though he and his new woman will earn x number of million a year.


This makes that the letters and everything else around Hanvold is something he has 'guilt' in itself. Just look at the Facebook page of his, it is a hate and so little respect for Hanvold, which again shows that the man can in no way claim that he is innocent and did not get back with the same coin that he has "paid" or processed others.


Hanvold zero educator, but a big, big slugger, the old kind that puts everyone around them "dead" to be yourself "alpha male." This is how I see it, typically a power man in the congregation who Edin Løvås have described so eloquently and well though.


Seeing that some fabricating lies about me, for example. the spotlight that I can not document what Jan Hanvold have said!

When I wrote this, so I wrote this, he preferably said on radio here in Oslo. Then one must take it for this. And I never hear at night or when I'm at home on the regurgitated as Vision Norway is at home in my own living room.

Sometimes when I run out, I hear the Vision Norway to follow a bit with (it gets smaller and smaller).

What is the actual problem is rather to document what Hanvold not have said, than what he has said. The man can not bring themselves to say absolutely everything!

Once said he freely translated: "To hell with all who do not accept that I am re-married, I will not deal with those people to do. They are scum to me. I will not listen to such music if nonsense and from hell that I can not have me a woman! "

No, the problem is not to document anything, Hanvold have no inhibitions and no conscience!

Regret: I wrote that Hanvold had said that he had now HEAVENLY SEX!

It is quite possible that he also has said this when he is able to reel off the incredible.
But what I heard him say was that now he had super and wonderful sex.
He said bluntly that with its two forje wives he had bad sex etc.
I regret that I misquoted Jan Hanvold first, but it is geared up now!
http://the-heavenly-blog.janchristensen.net/2015/07/no-994jan-hanvold-on-radio-1077-here-in.html

No. 927:Jan Hanvold on Radio 107.7 in Oslo several times: "To hell with anyone who does not agree that I am re-married!"

Hanvold is so vulgar and nasty. Here on the radio in Oslo he cries out that he is guilty of two adultery. But to hell with all those who do not accept that I am remarried he cries out. How spiritually blind must be to see that he is a false prophet as Jesus said many would come in the end times? Matt. 24. 11 and many false prophets will arise and deceive many.

Synod in 2016 to take a position on gays and lesbians priests and marriage! Anyway, it's only a matter of time before this is allowed! But where "started" it all?

What word of God says about sin?

Here we see, like so many other places in the word of God. That killing a human being, living as re-married, or steal. Everything is sin.

1 Cor. 6. 9 Know ye not that the unrighteous shall not inherit the kingdom of God? Do not be deceived! Neither the sexually immoral, those who worship idols or adulterers, nor men who lie with men or who allow themselves to be with, 10 neither thieves, greedy, drunkards, revilers, nor robbers will inherit the kingdom of God. 11 Such were some of you before. But now you are washed, you are made holy, you're done righteous in the Lord Jesus Christ and by the Spirit of our God.

No one makes the watch shall inherit the kingdom of God, this is the Bible clear and concise learning!

Can we shift the Valter with which sins should be accepted and which should not it?

The laws and God's word, it is also the same? No, we as Christians should follow the word of God even at the points where the laws accept sin. Eg. Bible says that pedophilia is a sin, but it also says the laws and the Bible the same. But what when it comes to marriage? Der said Norway Law, skill and poison you as much as you like and want. What scripture says? Marry only once, that marriage lasts until one dies, period!


Let me take an example from his Facebook page.


This writes Kjell Bjarne, "A little skeptical regarding who runs with devilry in this matter !!"

It is exactly this, when people do not realize what lies behind. Hanvold only get in for what he has sown, and he is no true believer, he belongs to and serves obviously Satan with his life. When he gets in all this, and it just shows again that Hanvold is a slugger who has swept over so many, that it's probably more than enough for people who have a grudge against Jan Hanvold and Vision Norway.


All that I see the comments on Facebook and "boss" is itself stating that all resistance is from Satan etc. But this is so wrong it may have remained, these are just people who have been "overrun" and which reacts in a wrong way . But after such treatment, you know one that is not so easy. Here are some comments I've had about the case before this article, this I wrote once I was asked:


I think this is not so malicious and insulting behavior, Hanvold has over the years and his business hurt so many people. He now gets back only a little of his own medicine. Hanvold has always dismissed people when he is zero educator, zero problem solver, and live in a world where everything is black / white.


I know how he has treated many, if they did not bow to him, then it's over and out. But what I have written against Hanvold have gone on the doctrinal, that he can not be re-married and be a preacher. But I know of many stories how he treated other people. A good manager would perhaps dismissed some, but in an amicable manner. But Hanvold will gladly send an SMS and says you're fired, worse than Donald Trump.

A brother of mine was on call center and received an SMS, you're fired. But he said he had helped him through two years, and would have a conversation. This went Hanvold reluctantly agrees, and then Hanvold was embarrassed. When he had no reason to kick him, then held Hanvold still insist that he should be removed. This is the psychopath, Hanvold is an even bigger psychopath than Torp, but I can not write more about this in order to have police on the neck!

Hanvold has been so rough and tough against everyone and everything, that this he now gets, it's really such a wound, so harvests than.


Jan Hanvold has created itself a position where he can not see everything that comes to him as the devil, but the fruit of his fetid life!


The letters Hanvold describes as sick people, people with a cry for help after having believed and fixed confidence Hanvold his preaching.