No. 672: Secretary General of Human Liv Kjersti Skjeggestad Thoresen living in open sin by Jesus' teaching when she married a divorced as a Christian!

Secretary General of Human Liv Kjersti Skjeggestad Thoresen living in open sin by Jesus' teaching when she married a divorced as a Christian!

To marry a divorced is a sin scripture says , then it only makes Wind worse to keep on Liv Kjersti Skjeggestad Thoresen does. Or should one just emphasize the word of God as love ? 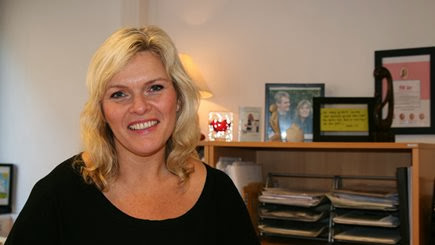 Jesus , Paul and the New Testament says that marrying a divorcee is adultery.

General of Human Liv Kjersti Skjeggestad Thoresen living in open sin by Jesus' teaching when she married a divorced as a Christian . This teaching and preaching Jesus and Paul :

1 Cor. 7 10 The married I command , yet not I, but the Lord , that a wife should not separate herself from her husband ; 11 but divorced him when she abide, being unmarried or be reconciled herself with her ​​husband - and that a man shall put away his wife.

The New Testament is very clear here , it is impossible to go wrong . Marrying again as a Christian or a divorcee is adultery.

Here one should take care of the unborn life and human dignity , but ignoring the weightier matters of God's word . The straight and pure life . This is the alpha and omega , this is what we are made of and , live holy and pure before God . Not in sin and adultery is now Secretary General of Human Liv Kjersti Skjeggestad Thoresen does after she married the divorced Yngvar Thoresen.

The word of God says we are created from my commentaries Ephesians 4 24 and clothe you in the new self, created after the image of God to a life of righteousness and holiness of truth .

The new man is Christ , and he shall we clothe us. Baptism hear , but there is something far more. A daily journey where we become more and more like Jesus . The new life is growing , thriving in what is right , true and holy . Just like a flower or a plant thrives in the right atmosphere with the right amount of sunlight thrive on the new man in the light of God and under the influence of Christ.

The secret to victory , really victory in the Christian life is the good habits . And why do we suffer defeat, even as " old" Christians? We break with the habits and the penalties themselves . King David went every spring to war but the year he broke the habit was also the year the disaster struck him and his house . There are tobacco , alcohol habits , play habits , TV habits and other habits that will ultimately lead us away from Christ and in the large tilintelsgjørelsen . While good habits will lead us closer to Christ and each other. Habits are formed and prevention !

How do we not let Satan ? I thought life first and foremost. We will take every thought captive to the obedience of Christ. And we will make your life much easier with the Lord more we live in the word and prayer. ( end of quote ) .

Paul teaches and encourages us to: "Do not let the devil a foothold ."

What helps it to stand up for both the one and the other , the leader makes everything that much worse. When a release Satan and sin to ? This makes now the Secretary General of Human Liv Kjersti Skjeggestad to marry a divorcee , and will continue to be a leader. Had she not continue as president goodbye I never wrote this article. This is from the Lutheran Free Church magazine:

The two organizations Norwegian Pro Vita and order right to life and human dignity was in 2002 merged to Human . Since January 2004, Liv Kjersti Skjeggestad Thoresen been Secretary General of the organization.

In human dignity membership , there are many different people . Some wish that you should take action as anti - abortion organization , while others think that the Christian expression and use of language is too strong. The Evangelical Lutheran Free Church is a member organization that supports the work and individual members belong to the Lutheran Free Church . As Mrs. Thoresen himself. A year ago she married Yngvar Thoresen belonging Greåker Free Church and now she is even a member of the congregation .

- Most of our members are the Christians, and we build on the Christian view of man . But we argue general ethical. As Secretary General of Human she attended numerous meetings and conferences in Christian auspices , own and in different networks. She meets politicians , write letters to the editor in newspapers and comments on the debates. Every morning she , information responsibly and adolescent consultant a news event . ( end of quote ) .

If one builds a Christian reason and basis. Why ignore one part of the word of God and emphasizes just what a self- will ? We must bring the whole teaching of Jesus and the whole New Testament doctrine and teaching , or deceive ourselves and others. Jesus himself says if the blind lead the blind, both will fall into a pit .

Luk 6:39 He spake also a parable unto them, Can the blind lead the blind? are not they both fall into the ditch ?

Can Christians take their place as they want , especially the leaders and those who shall be shepherds ? They are exempt ? Or are the wolves in sheep's clothing that Jesus said ? It gets you decide what you believe and think, for me the answer is clear . No one should be Christians can ignore part or clear words and exhortations of the New Testament , they do so they are wolves in sheep's clothing.

Remarriage or marrying a divorced

Paul writes as clear in 1 Corinthians 7:10-11 : " And unto the married I command, yet not I , but the Lord : A wife must not separate from her husband . But and if she depart, let her remain unmarried, or be reconciled to her husband . And a husband must not divorce his wife. "

We note that Paul refers to a commandment from the Lord. It is given only two options for the divorced wife, to remain unmarried or be reconciled to her husband.

The theory that the innocent party may remarry after a divorce based on Matthew 19:9 where Jesus says : " But I say to you, whoever divorces his wife, except for marital unfaithfulness , and marries another doth commit adultery . And whoever marries a divorced woman commits adultery . "

From this it is believed to have coverage that a man who is separated from his wife because she has committed adultery can remarry. But such an interpretation violates the parallel Bible verses quoted above . True biblical interpretation has always been the guiding star that the clear words must illuminate the less clear, and in this case it is more clear verses that go against remarriage .

I never attack "ordinary" Christians, but only managers and those who want to be pastors . It is therefore entirely justified and appropriate that we in the Heavenly blog takes up this stuff called Christians take the freedom and opportunity for the flesh and their own desires and lust for living in adultery and sin. Shameful , sensual and devilish , this according to what God's word says and teaches .