The Lord Jesus Christ ve complain about the Norwegian Christianity!

Got a prophetic message to the Norwegian Christianity with the principle of Matthew 23 Image of Jesus as He came to me with her strict, yet friendly and majestic sight! 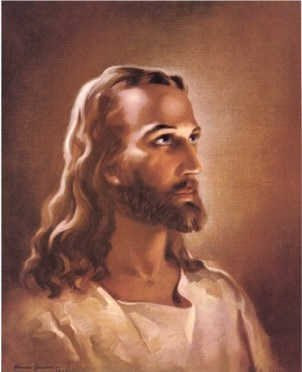 Today's Christianity is sitting in the premises and on the possibilities and the wealth that those who walked the path of faith with me, given that legacy on. But today is the heritage become more like a curse than a blessing when they no longer need to believe me to travel a God-house. As those who went before and had made.

But they have failed me in the great and all, even if they have the church at Ephesus preserved some of the teachings that I filed those who brought forth the various revival movements.

They bind burdens on men's shoulders, but they themselves will not take up his cross to follow me. It does not have to be against homosexuals and others as long than tolerate remarriage who profess my name, and others that are opposed to what I'm talking about in my own words.

But they do all their deeds to be seen of men, and get benefits out of it. But something in other people's eyes have no value in my eyes if it springs from a pure heart and the obedience of faith.

Then one can give to feed the poor all that an owner, and if I give his body to be burned, but have not love, it profits you nothing!

But be not ye called for something more than what you are: for one is your master, me. But you are all brothers.

Neither shall ye called teachers, for one is your teacher, my Christ.

But the greatest among you shall be your servant. So as I was.

Whoever exalts himself will be humbled, and whoever humbles himself shall be exalted.

But woe unto you, today's Christian leaders, pastors, priests and emiserer, hypocrites, for ye shut up the kingdom of heaven before men! For although I did not go in, and those who are about to go in there, allowing you not to enter.

Woe Catholic church that sees itself as the original church, but have rejected parts of my word and put your own stuff instead. It is an abomination for me to look at themselves as the mother church with a head on top that is a sinner who needs my salvation like everyone else. No person is above anyone else, for that will be great in my kingdom shall be your servant. Teach others that I learned and live the life that I lived.

Woe to the Lutheran church for having taken so much of themselves from the Catholic church in his own church. There is no salvation in baptism or wood bark with water, but only to me and what I did on Calvary. There is no triad of God, it is only my Father is the only true God. He is my God and God to those who believe in me and who are my followers. I'm not looking for and to those who admire and consider myself to be a great prophet, but those are my successor and taking up his cross every day to go with me as the prophet Enoch. I want and need supporters and actors, but the successors after me and my own words.

Woe to the Lutheran movement that has been going on with me and have rejected as much as I do not have comfortable in. You have the name of being Christians, but there is so much spiritual dead people and sleeping. You are name-Christians, not living stones in my sacred temple. Repent while it is called today, before the dark night is coming when it will be too late for many when the pressure will be so great. Have a friend not me now, it will almost be impossible then. Now you have been warned in advance! The upcoming trengseltid will be so intense and profound that it will be I who will and can stop Satan and the Antichrist who will then have a hit in this evil and wicked world.

Woe unto the Pentecostal Charismatic Christians who emphasize character, during experiences. As believe in my deeds, but the weightier matters of my words as purity, holiness, and that a living with their proper spouse for life, being ignored, explained away and taken away from the importance of the Lord I put it. You make me sick and nausea, and I will not acknowledge me you!

Woe to the people that have had the opportunity to hear my word, accept it and believe it but in all respects set without passing it without accepting my offer of salvation, grace and restoration!

Woe to the "narrow" Christian groups that have been sectarian and not open to my correction and guidance. It pains me that one does not come to me so that I can recover and make you whole!

So please, when their fathers goals which are now crowded with adding guilt.

You are snakes. Huggorm Fry. How can you escape from the judgment of Gehenna?

It makes me Lord so chastening, is that you not only deceived. But you bear my name, and it makes you not with dignity, intregitet and affection. You do not love me by the heart and deep. You are the only eye servants, not my Father and my messenger. I want those who volunteer and heart sacrifice everything to me, those I delight in, no one else!

There are some few who have not bowed away from my path, they will I anoint and equip as I did in days of old. But they must also ensure that they are in my way, I will not have the advantage of me. Everyone must give up everything, to serve and belong to me!

I the Lord Jesus and the Father, we have no favorites and that we favor. We ask only for those who will read, believe and commit to my father that I did. I did nothing without the Father showed me that. And how I experienced it? I was obedient, even obedient unto death of the cross. Therefore, the cross is the way not only for me but for everyone else who wants to experience that "Heaven" is a reality for everyone who calls on my name. In the heart of faith and sincerity of heart, I will answer all who call on my Father in my name.

Got this on me a while back that just as the Lord Jesus shouted a cry of woe Israel and the Jews. How would have done it today over the Christians and us here in Norway. Therefore, repent and prepare to meet God, while there is still time and opportunity.