No. 1473: Despite all our Oil billionaires being in full crisis in public Norway, have we lost anything on the road to becoming so rich?

No. 1473:
Despite all our Oil billionaires being in full crisis in public Norway, have we lost anything on the road to becoming so rich?

Photo of Nav Director Sigrun Vågeng. It is not about any kind of ethics and responsibility or the lack of ethics and responsibility. It's all about just her personal gain and her retirement.
She is 69 years old and would like to wait until she retires with a planned pension at her 70th birthday! She has 2 Million in salary + pension that everyone gets when they turn 67.
Zacchaeus met Jesus, and here is his testimony.
Luke 19 8 And Zacchaeus stood and said unto the Lord, Behold, O Lord; I give half of my goods to the poor, and if I squeeze money out of someone, I give it four times more.
When you meet Jesus and become a "normal" person, honesty means much more than anything else. Think here Sigrun Vågeng has a long way to go, but there is hope for her and all other people. 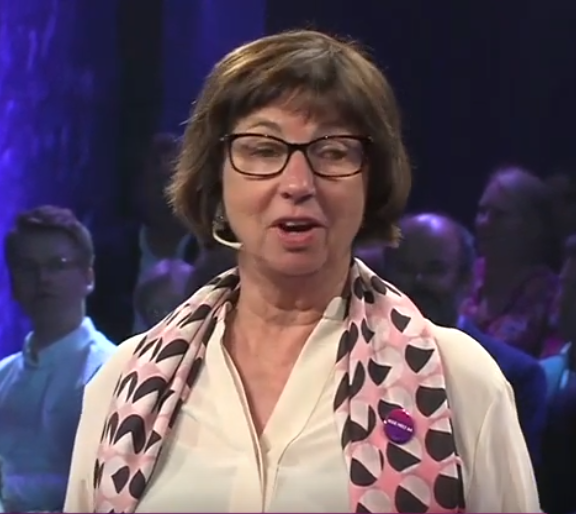 Ecclesiastes 7. 18 It is good that you hold on to one, but you must not let go of the other; for the one who fears God will find a way out of all this.

There is a clear connection between the NAV scandals, the murder of justice against me x 2 times and the record number of cases in the European Court of Human Rights:
It is about that executive and judicial power has given way to our basic human rights, and got away with it.

That is why when such things happen, to discuss the wages of waste of calories and space. The focus is the miserable job they have done. Not one, but here the Government has failed at the Prime Ministers and the Prime Minister.

Everyone who works for them, everyone has gone into the same "fog world"

The whole public is an overly large system. An unparalleled monster. A bureaucratized and largely dysfunctional mastodont, more concerned with cynical and ruthless A4 paragraph wrestling than helping people and fulfilling their real social function. This is evident in countless ways, through people sharing their horror stories with the public. There are probably many talented people in this organization who are doing their best within the framework provided by the system, but the whole organization seems to be characterized by a lot of unhealthy mentality in relation to the people to help, whether it be unemployed, people on admission, during work clearance or in relation to disability benefit or social security benefits. This is supposed to be a "service company" in the public domain, driven to help people, not to make life a nightmare for people they are supposed to help!

How much criticism really needs, how many horror stories from individuals must be made public, and how wrong must it really be before politicians take action?

Now politicians need to clean up this chess-driven mastodont and the uncultured and unfortunate mentality that characterizes this whole organization at the systemic level.

But the problem is that they are really part of the whole thing, what then?

I will briefly comment on how I have experienced the entire municipal and state system.
Then in from the municipality, to the County Governor, the Civil Ombudsman, the Police and the courts from the District Court, the Court of Appeal and the Norwegian Supreme Court. As well as the media with TV, Radio, newspapers and what's happening online!

According to statistics in the Human Rights Court in Strasbourg, France, Norway is the country if you include its citizens and share it with the population. Who has the most cases against them, where BV cases overweight.
But I think it is just as bad in Norway at every level, the fact is that Norway has become the most rotten and smelly country in Europe in terms of corruption and legal security.
Have faith in the public in Norway and that the judgments, the treatments and what the public has established since Norway became the EU's country in 1994 is like believing Santa Claus.
It is simply a tragedy, and the damage is so great and irreparable that I think most people will just close their eyes and think it is just a bad dream.
But that is not it, it is a reality that Norway is at the bottom of Europe not only in football, but also when it comes to public administration!
Tragic!
I think I am probably Norway's kindest and most law-abiding man, twice in court with 2 losses. Or to put it another way, 2 Justices murder against me!

Am not frustrated or stated on my behalf first and foremost

But when I read about how the Tolga Municipality was dealing with these three brothers who were unmasked by a money-grisly municipality. Now the NAV scandal, and an even worse scandal and bad is how Norwegian child welfare is. There are horrible and dangerous things there, and they are even allowed to keep on doing what they have always done.

Room. 3. 10 As it is written, There is not one righteous, nor one; 11 There is not one that is wise; there is not one that sGod increases; 12 all have departed; they all become hopeless in hope; there is no one who does good, there is not one. 13 Their throat is an open grave; with their tongues they did deceit, worm poison is under their lips. 14 Their mouth is full of cursing and bitterness. 15 Their feet are quick to shed blood; 16 destruction and desolation are in their ways, 17 and they know not the way of peace. 18 It is not godliness in their eyes.

This is the testimony of us humans as we are in ourselves. This is my testimony as well. In other words, being dishonest and lying is man's "usual" standard. That is why we need to repent, it is the only cure. Everything else is hopeless!
Lagt inn av Jan Kåre Christensen kl. 03:50