Picture of Jan Kaare Hanvold from when he was in "rut" and really could not contain his flesh and lusts. Today he has become so old and worn out that the drive he did with then he has grown too old?
Even Playboy King Hugh Marston Hefner did not manage the run he had when he was young and strong.

The fact that Hanvold has "calmed down" in his old days and lived a wild life before should have been an awakening. Jesus said that on the fruits the tree should be felt.
After all, the "real" Jan Kaare Hanvold is a different man than an aging old man like Hanvold is today! 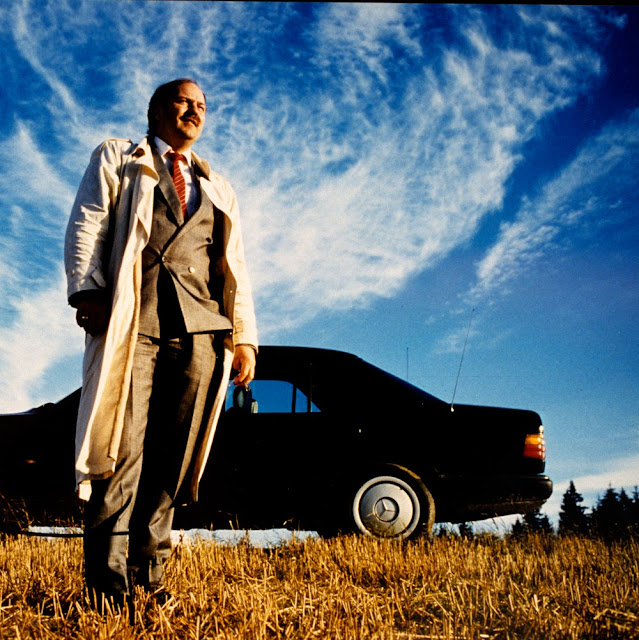 He was saved when he was approx. 25 years and then had many relationships with him, a life of intoxication and other things.

Then he was saved, later married to Berit, then he got bored when he did not have good sex he has said.
Then there was a new girlfriend from Poland, whom he wanted to divorce after what he himself said p.g.a. that she only wanted his money, etc.
Then he began to grow old, tired and tired.
New lady with new kids that he couldn't get in the natural way.
Is this a Christian minister, pastor, and shepherd?
He is as far away from this as it is possible to get!
It's time for the Christian people to bring up the gulls!

Include from what they write about Jan Hanvold, it speaks for itself.

Background and past business

Jan Hanvold went on the Evidence Bible and Mission Institute in Saron's Valley under Hans Bratterud's leadership in the late 1970s.

Inspired by American neo-charismatic theology, Hanvold in the 1980s invested heavily in evangelism and healing meetings with hired preachers, including at Jordal Amfi. The business was brought together under the concept New Vision and was run from the old Jobuf factory in Drøbak. In 1985, Hanvold established New Vision Bible School in this building in collaboration with Sigfred Rafoss and Hans Bratterud, both with central roles in the Oslo Church of the Fullevangelisk Church (OFK). There were also plans for a new Christian newspaper.

The canal reached approx. 100,000 households in Norway, Sweden, Finland, the Netherlands and France before it was closed down in 1986. [9] Parallel to this, Hanvold ran his own company, "Jan Hanvold Ministries", which distributed recordings of speeches by international ministers and himself. In 1989, Hanvold also established the Vision Bible Center (VBC) foundation, which was to carry out missionary activities and distribution of Bibles in Eastern Europe under the concept name Bible For All.

The business eventually got out of control, culminating in a series of bankruptcies in 1989. Hanvold was personally bankrupted, got the bankruptcy quarantine and was sentenced to 120 days in prison, of which 45 days unconditional.

Since Vision Bible Center was a foundation with no links to Hanvold's other corporate structure, it was cleared of bankruptcy. In 1990, Frank Kaleb Jansen was incorporated into the foundation's board. At the same time, he became the foundation's face in raising money for missionary work. At this time, Hanvold also sat on the board of OFK Radio, which was run by Hans Bratterud.