Nr. 337: Terje Berntzen, former "great" preacher in the Pentecostal movement is divorced and now re-married! But still preaches the word of God, where shall end this apostasy?

Terje Berntzen, former "big" preachers in the Pentecostal movement is now divorced and re-married! But still preaches the word of God, which will end this apostasy?

1 Cor. 10. 11 These things happened to them as exemplary, but it is written down for us, to whom the world are come. 12 Therefore, whoever thinks he left, he was sure that he does not fall! 13 There hath no temptation taken you that people can not bear, and God is faithful, who will not let you be tempted beyond your strength, but with the temptation and its output, so I can tolerate it.

Evangelist Terje Berntzen was once one of the most famous preachers, but botched the life and service of its own. This as happened here is a lesson for all who will go way of the Lord and preach the word of God

Berntzen had an apostolic and biblical preaching Christ!

I myself experienced Berntzen in Bergen in the early 1980s. He preached Christ as found in the Book of Acts, the risen Christ with a powerful presence of God was palpable that came with where God confirmed with signs and wonders.

Berntzen had revival wherever he came almost

Berntzen worked in conjunction with a Finnish minister and also had a Finnish wife. God was with him in a special way. He was divorced, and it's tragic. But then remarriage contrary to God's word says that this is to commit adultery. But still seems Berntzen for "God", but which God? Lilja, his former wife who was born Finnish lived alone, but not "big-preacher."

Let's wake up before it's too late dear friends, infidelity is a betrayal against God and their spouse

Divorce is usually most bitter when it comes to infidelity. There is no way around it. Bad feelings and anger is the fuel for a divorce, with the rage it causes too much animosity for all parties concerned. Unfortunately, infidelity is often the main cause of divorce. But there are ways to get through it and move on with your life. You may have heard it said that the person would have rather experienced death than divorce. Add to the reason for divorce as infidelity, and the pain is often too much to bear. The amazing life partner is demeaning. Sometimes, not your spouse is cheating a divorce, yet not giving up on the relationship saying. But you must go on regardless. Otherwise, the wound may become a very big part of you and will consume you. This has unfortunately happened in many Christian marriages where expected more, especially fidelity and intimacy only between the spouse and no other. 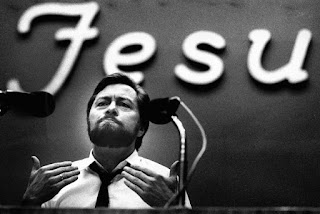 Berntzen is now re-married, what if each person is 100% responsible for their own guilt?

It's very easy to blame the other one does. Do you take your choice, you have to be responsible for them. If it has consequences for you, you must stand for them. You can not blame others, you must take responsibility for their own actions. It is you who themselves carry out actions, no one makes them for you. You have to stand for what you say, nothing suggests cowardice. Actions can have consequences, and that one should also think about before you make an action. I do not think of actions that can not be something that is true of many mental disorders eg., But one to a certain degree can do something about. But here was one in a relationship with a person that one was not married yet married and was a preacher, then the responsibility is only one person. There are those who are unfaithful, even though one may have a difficult marriage, but adultery is and remains Satan's work!

David Ostby and Filadelfia Oslo gave him back the recommendation on the condition that he married again. What did Berntzen? Got married again, but is now accepted, even though he followed the brothers and Philadelphia Oslo `s advice. Or are they over? God's word has not been reversed, the Word tells us that remarriage is for believers sin, and to commit fornication.

What does God's word a keyword preacher?

I've written about other gjengiftetde preachers, but most of them have probably never known Jesus as their lives have always been in lawlessness. Berntzen But it is not so with. He has once known the truth and been truly a Word teaches. So much sadder and severe that he could fall, divorce and remarry. He reminds of the Prophet Samson who fell, and fell deeply. We'll ask for Berntzen that he will repent and follow God's word again! Therefore, of the Lord so clearly: "Therefore, whoever thinks he left, he saw that he does not fall!" For Terje Berntzen were motto for God all things are possible. Yes it's true, but release than the flesh and Satan, then leave their opportunity for God. The choice is ours, not God or anyone else. And we must all take impact on our lives, even when we make the wrong choice. And then go over to remarry is really basically sinning against the Holy Spirit, there is no forgiveness until one repents and leaves her new spouse who is not one's spouse according to God's word!