Nr. 334: The gift of prophecy and prophets in the service of the New Testament!

The gift of prophecy and prophets in the service of the New Testament!

The prophetic gift is part of my service 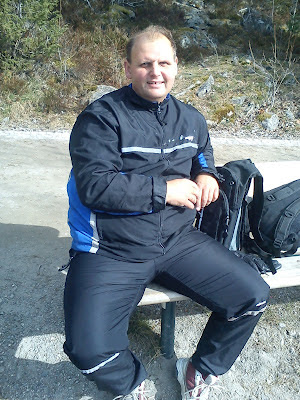 1. Kor. 12. 7 But the manifestation of the Spirit is given to all that which is wholesome. 10:01 Another power to do miracles, another gift of prophecy, another ability to try spirits, another different kinds of tongues, another interpretation of tongues. From my commentaries Ephesians 4 11 It is he who gave his gifts: He put some apostles, some prophets, some evangelists, some pastors and teachers. The prophetic gift works by God's Spirit, who communicates to a Spirit-filled person who is open and able to let themselves be used by God and who desires and longs to be used by the Lord. I think the Apostle service when it includes to be issued. As the word apostle means: The word comes from the Greek word "Apostolos" (απόστολος) which means "one sent forth." The word implies that one is sent with a power of attorney and acts with authority on behalf of the person who sent one. This is in contrast to a messenger or herald who only performs a message on behalf of another. In Latin Bibles is the word translated "missionary". The terms apostle and missionary in use today - and throughout church history - yet on different functions, although it is formally the same word in two different languages. In some cases, however, an overlap between the functions of the apostle and missionary. Prophet is speaking under God's inspiration, for comfort, admonition and guidance! Shepherd is to be a Pastor, Elder or the Trustees. It is in these service tasks. Evangelist is pointing to Christ in the preaching and when they are not believers. Teacher gift is important, what we read several places in the word of God and the teachers to care for God's word and bring balance into the church. Rooms. 12. 6 We have different gifts, according to the grace God has given us. Whoever has the gift of prophecy, use it as faith dictates, 7 who has deacon service, to take care of their service. Anyone who is a teacher, to take care of the study, 8 and the right leader to take care of this, the one who gives of his own, will make it an undivided heart. It is the Board, shall be with zeal, and it makes mercy, do it with joy. God will never create the Lamb's Apostles again and Old Testament prophets who preach God's word all over again. The Apostles today, but not "pure" Apostles. The Prophets in the day, but not "pure" Prophets. There will be a part of their equipment and we find examples of both Apostles in the word of God as well as the 12, as the Prophets. Here are examples of the Apostles: 1 Kor. 1.1. 12. 28. 9. 6 (Paul speaks Barnabas as an apostle like himself and Peter). Acts 14.14. Here are examples of the prophets: Acts 11.27. 13.1. 21.10 and 1 Kor. 12. 28. And Acts 21. 10 We settled down here for several days, and then came down from Judea a prophet named Agabus. This is a prophet who was not among the apostles!

Yes. Just as there is a huge difference on the old and the new covenant is prophesied service associated with what is central and what is different in the two covenants or arrangements. In the Old Testament prophets were service as an index finger directed against the choices that Israel as a nation did. In the NT it is bringing up and the revelation that God's people and God's church must and will need to consider. Under the old covenant, it was very often associated with judgment and punishment to the message. But under the New Testament prophet, the service is the revelation, guidance, correction and encouragement associated with the prophets service. And under the New Testament it is extremely rare for a speaker to an entire nation, but under the old covenant, Israel was a nation during and for God.

How does the gift and for me?

When I prophesy that it is very often I get palpitations and have. Or I get a few words or thoughts specifically directed against a state or one or more persons. And when the prophet preaching the gift works, I can eg. speech in 50 minutes, but the "prophet" part of the message can often be like in 10-15 minutes, the rest is more teaching and preaching. There are also several gifts that work together with it to prophesy, for example. ability to try the spirits. During the preaching, I can find that there is a prophet service is only part of the message, not the entire message!

Examples of genuine prophets, those who had prophesied the service as part of their service are many. And the false prophets in the end times will win more and more terrain. Just as those who preach what itching ears! That which destroys most of a prophet of service is lack of dedication, being able to be in silence, let morals and doctrine closely. A prophet needs to live right with God when his mission and ministry seems such opposition both in the spiritual world and among people. Prophet of service in the new covenant is first and foremost for the church, the believers. But it also has a touch of discovering and pointing out the nations, ordinary people's welfare etc. A prophet may also seek God for some things, and expect and receive guidance for further direction. 1 Corinthians 14:32-33 and spirits of prophets are prophets obey, because God is God of disorder but of peace God.

From Acts: 11. 26 And a whole year they were together there in the church and taught a great multitude, and in Antioch the disciples were first named Christians. 27 In those days there were some prophets down from Jerusalem to Antioch, 28 and one of them, named Agabus, stood up and announced by the Spirit that there should be a great famine over the whole world: he also came under Claudius. 29 The disciples decided then, after all, as any of them could afford, to send anything to help the brethren living in Judea. 30 This they did, too, and they sent it with Barnabas and Saul to the elders. 13. 1. In Antioch, the church there, there were prophets and teachers: Barnabas, Simeon who was called Niger, and Lucius of Cyrene, and Mana, foster brother of Herod the tetrarch, and Saul. 2 While they held worship and fasting, the Holy Ghost said: Separate me Barnabas and Saul for the work which I have called them! 3 Then they let them go out after they had fasted and prayed and laid hands on them. 4 When they therefore were now sent by the Holy Spirit, they went down to Seleucia and sailed from there to Kypern, 5, and when they were come to Salamis, they preached the word of God in the Jewish synagogues, and they also had John with them that should go to the hand. 14. 21 And when they had preached the gospel in that city and made many disciples, they returned to Lystra and Iconium and Antioch, 22 as they strengthened the souls of the disciples and exhorted them to continue in the faith, saying: We must enter the kingdom of God through many tribulations. 23 And after they had chosen for them elders in every church, they gave them with prayer and fasting to the Lord in whom they had believed. 24 After they saw had gone through Pisidia, they came to Pamphylia, 25 and when they had spoken the word in Perga, they went down to Attalia, 26 and sailed from there to Antioch, the place where they had been given to the grace of God to make the work which they had completed. 27 So when they got there, they gathered the church and told them how great things God had done with them, and that he had opened the door of faith to the Gentiles. 28 And so they were not so short time with the disciples. 21. 4 We called on the disciples and stayed there for seven days, they said to Paul through the Spirit that he had to go to Jerusalem. 5 And now those days were over, we went from there and went on, and they followed us all the women and children right outside the city, when we fell on his knees on the beach and bathrooms, 6 so we bade each other farewell, and we went on board the ship, but they returned to his home. 7 We now ended voyages and came from Tyre to Ptolemais, where we greeted the brothers and stayed one day with them. 8 The next day we went there and came to Caesarea, where we took in with Philip the evangelist, who was one of the seven, and stayed with him. 9 He had four unmarried daughters who had the gift of prophecy. 10 As we now were there for several days, a prophet named Agabus down from Judea, 11 he came to us and took Paul's belt and bound his own hands and feet and said, Thus saith the Holy Spirit: The man who owns this belt, tying him to the Jews in Jerusalem and thus give the heathen hands. 12 When we heard this, we prayed to him, both we and they of that place, that he had to go up to Jerusalem. 13 Paul answered: Why is crying and I tear my heart? I am ready not only to bind but also to die at Jerusalem for the Lord Jesus. 14 When therefore he did not let himself be persuaded, we settled down and said, spoon the Lord's will!